‘Highway’: A Ride Beyond Raw Passion And Cliches #MovieReview

By Sahil Sankhla in Media

Imtiaz Ali’s exquisite direction style, Randeep Hooda’s flawless acting skills, Alia Bhatt’s Stockholm-syndrome character and A.R. Rahman’s idyllic music lays the trap for this weekend watch. But wait! Highway is much more than it appears to be, delving into deeper and darker stories. 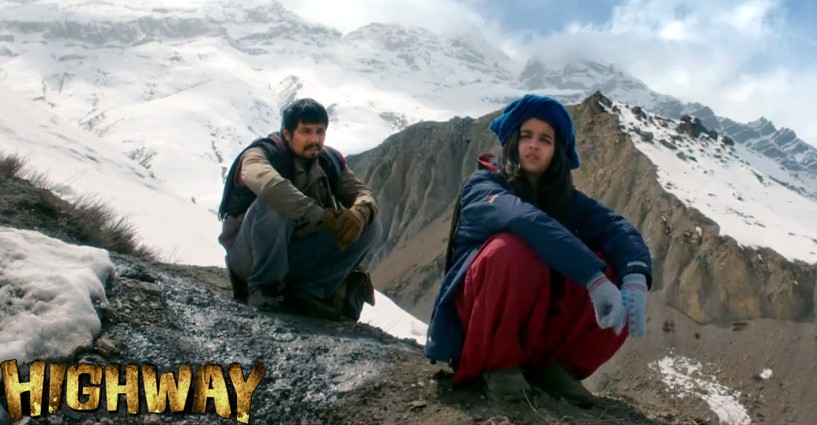 The film is mostly shot as a road travel exploring the visually delightful Incredible India. The movie revolves around Veera (played by Alia Bhatt) who gets kidnapped by Mahabir (played by Randeep Hooda), sporting an “Uttar Pradesh dipped in Rajasthan” lingo, and his partners in crime. Initially, Veera is extremely scared to find herself in dangerous conditions among strange people but in no time she makes a shift from a frightened girl to a candid chit-chattering girl which, for obvious reasons, seems unconvincing and rushed. She confesses to her kidnapper to be incessantly sexually harassed as a kid by her uncle, which creates a personal bonding duct between both the leads. Further strengthening the bond, Veera, in a steady flow, reminds Mahabir of his mother, their strong relationship, the sexual harassment by the rich men (shown in obscure yet beautifully conveying shots) and how he chose to take the criminal path to make a living (which isn’t shown in the film but you can feel the transmission of this part of information). Imtiaz Ali portrays the impactful link between the past and the present and transformation of lives with the help of a melodious cinematography in this much awaited film of his.Â Â

The pivot of Highway is Alia Bhatt who has surely improved from her previous performance in Student of the Year but her acting is not convincing enough to take this film to unmatchable heights. Being kidnapped and still being completely outspoken is a big flaw in her character. One part reluctant and one part frank would have been the perfect recipe for Veera. Randeep Hooda’s acting on the other hand, is impeccable as ever. Presenting multiple emotions on celluloid without mixing them has been the key to Hooda’s success which has certainly been the highlight of Highway. The soundtracks created by music maestro A.R. Rahman set up a connective ambience in the film. The timing of the songs in the film hits the nail right on the head.

Overall, Highway is a powerful film with a script lacking some complementing elements which are eventually covered up by a spectacular performance by Randeep Hooda and to some extent Alia Bhatt’s too.

#DemocracyAdda: The Battle For Bihar Has Gone Online, But How Ready Are We?