From Surpanakha To Helen Of Troy: How Women Have Been Wrongly Accused Of Starting Wars

By Mahitha Kasireddi in Latest, Society

What are these women analogous to today? Haven’t you and me grown up hearing it from women-damning men and women?
Women are the cause of all conflicts, wars and adversities. 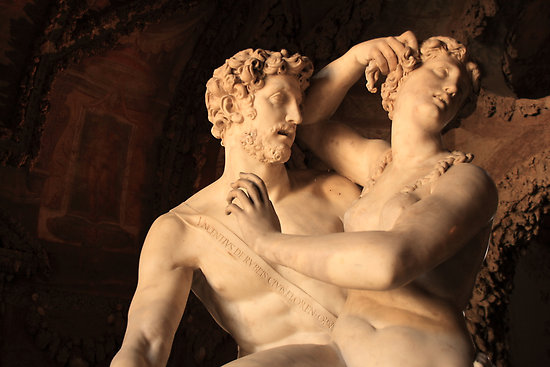 The Iranian clergymen blame promiscuous women for earthquakes! Really? If we really had so much power to bring down the heavens and break hell loose, then why all the fight for equal rights for women?

I am guessing that the imagery of a ‘slut’ or a ‘whore’ was first derived from the Indian classic literature with the characterization of Surpanakha. The demon she was who openly expressed her desire for Lakshman. The kind of treatment that was meted out to her was typically casteist and patriarchal. She was a victim of the regressive Hindu social structure. Don’t we virtually do the same today? Don’t we judge women who become the initiators for a relationship or a fling. Then, as an act of vengeance, Ravan abducted Sita which in turn lead to the great war between gods and demons to bring back Rama’s wife. But, Ravan’s interest in Sita was more than that, he was attracted by her aesthetic divine composure and radiance.

What are we to conclude here? That women and their biologically entities such as sexuality and external appearance are the cause for conflicts between men, among communities and between countries? A majority subscribe to the opinion that a woman’s beauty can even make a beast to fall in love. Film makers, song writers and authors make this as their central themes. Will a day ever come when people are no longer ready to buy this argument? May be never.

The infamous Helen of Troy, famous for her electrifying beauty, is remembered as an example of adultery. History was and will keep judging her for her promiscuity, will hold her responsible for the ten year long war, for the blood bath, for the loss of men, resources and the fall of Troy. Her name will continue to come up at every debate around boys versus girls. An indefensible point men cite to win arguments.

Who validates this notion? It should be left to our rationality. After all, ignorance is a choice. To understand this, the ancient past and the history right from evolution of humans, needs to be revisited.

Kingdoms didn’t just prop up overnight. They evolved from the times of primitive societies, from small and large tribes and clans. Cultures and civilizations evolved with the discovery of cultivation and domestication of animals. They were a nation among themselves, on their small areas of land. The life of people in different parts of the world then may have varied, except in one aspect, that is, ‘Gender’. Men went out to hunt, gather wood and food. Women stayed back at home, either they were pregnant or looked after the children and households. Men always had dominance over women physically and economically. They declared themselves owners of possessions such as land, animals, fodder, agricultural tools and got to have many sexual mates, they drew pride and status from it. They preferred group based social hierarchies.

I might disappoint many or end up vilifying the male ego if I said that wars are caused not because of women but because of the male sex drive. Whether it was Zeus, Menelaus, Theseus, Achilles, Paris or Ravan, it was a very male like weakness that fate laughed at. These alpha males fought for power, glory, riches, sexual mates. Only then they thought women would desire them, or maybe women were told to desire such men. Just as Ravan had expected Sita to be impressed by him.

There’s nothing more ridiculous than blaming beauty, blaming women for their bodies, blaming them for being themselves, for being women. Those who say ‘stay away from a woman she brings destruction’, or ‘lock up women for they cause wars’, should have actually been preached to have the intellect and mature mind to respect beauty for its existence. The world would be doomed with depression if not for such feast to the eyes. They should have been taught where and when to arrest their instincts. They should have been taught that lust is a poison that could rob man off his respect, sanity then his life and real men are those who win the heart of women with humility and honesty. If these men went on war for the sake of a women, they were ignorant, irrational, pudden- headed and sexists who made women a subject of dispute like their other non-living resources such as land and money. Forgetting women weren’t just pieces of flesh but also carried souls and were the very source of their existence.

Even before shaming Helen as seductress and dangerous. The same legend has a tale of how Theseus, king of Athens and Pirithous, King of Larissa had kidnapped Helen when she was still very young because they wanted to make love to a daughter of Zeus before they died. Importantly, how was Helen born? Zeus, the god-king was known for his lecherous want for beautiful women. He transformed himself into many forms to woo females. He had raped Helen’s mother Leda, who was a married woman. All the alpha males in history got away without consequences for having many partners. They were just having fun, rather it made them more masculine and powerful. Rape, since time immemorial, has been a normalized mistake by men. I was wondering if there was a male version for the word ‘whore’ and yes there is, it is ‘manwhore’.

Who was Helen? For me she is an Alpha Female! I am proud of her. Aphrodite hadn’t cursed her, but had made her very powerful. An English dramatist Christopher Marlowe described Helen as “Having a face that could launch a thousand ships!”. Sure she had one. At the times when women were seen as mere child bearers, as sexual object and conditioned to taking care of household chores. At the times when women were distributed as spoils of war among victorious troops. When there was no difference between a queen and a slave women when it comes to submitting to male biddings. Helen controlled men by playing over the very weakness of men. She took them over by her unrivaled logic and brought their downfall. I am glad she ran away with Paris willingly, she deserved to choose her love, exercising her right to choose, to liberate herself. Had she been loyal to Menelaus she would have remained his object of play till he got bored of her. Why? Because it is better to be a slut than a slave!

Has anyone heard of “Male Warrior Hypothesis”? The tribal mentality of men was that they formed coalitions with other men to fight off inter-group conflicts, to defend their tribe from outgroup males. They viewed outgroup men with prejudices and jealousy. Men, and not women, practiced tribal warfare. In fact, inter group aggression predates agriculture, there is enough evidence in Chalcolithic period and its contemporary cultures. From anthropology and evolutionary biology, it seems apparent that men may be biologically programmed to be war minded because of deep ancestral history and inter tribal conflicts perpetrated by men. Men have been both perpetrators and casualties of wars. There was definitely an innate difference of psychological impact of war on men and women. Some may give examples of women warriors such as the Amazons who fought in the Trojan war, but not anymore as there is enough declaration that though ruins of Troy have been found, Amazons were only mythical characters and did not exist. Also, there can always be exceptions like the female ninjas.

Even today men show traits of tribal mentality. The authors of male warrior hypothesis asked a few men and women to name their favorite color. It was found that men liked a particular color because their favorite sports team was represented by it. None of the women came up with tribal reasons. If a woman likes Blue, it would be because she feels touched by the warmth of it.

Iliad, Odyssey, Ramayana and Maharabharata – whether these were real or just figments of imaginations, were again composed by male poets. Homer and Valmiki should definitely be appreciated for showing how man has less reason with his unholy desires. The characters of free women they designed spoke of fears of every man that lie in their subconscious minds. The fear being captured by unquenchable, unsatiable female overtures. The lava like heat which even waters of seven oceans can’t cool down. Why should women be ashamed if they drew their feminine power out of their skin, body and beauty, their natural inheritance? Until humankind exists, men can never match up to the intellectual faculties of women. Their understanding of love, pleasure, humanity and life is unmatchable. Wars don’t happen because of women, but because of stupid men!

If life tests you by offering ready riches, fame, pleasure and power. If you fail to pass these tests by choosing greed over righteousness, it is not these intangible attributes that are to blamed. They exist for a reason, they are double edged swords which could be wielded for doing good to mankind. But it is the human mind which gets easily bribed by attractive gifts and avarice to possess more and more. That is why wars happen.