The Politics Of Linguistic Nationalism: Why The Attempts At ‘Imposing’ Hindi?

By Heli Shukla in Latest

Last week saw the nation reach a boiling point on something atypical. The home ministry issued a circular stating that “all ministries, departments, PSUs and banks, who have their official account on social media, should use Hindi, or both Hindi and English, but give priority to Hindi.” The nation got caught up in a melee of storming debates over linguistic identity and hidden “Hindutva” agendas. Southern states erupted in all their Dravidian fury over a circular that was merely reinstated from the previous government. The youth took to social media to vent their opinions over the ‘imposition’ of Hindi. Prime-time news shows dedicated their time into exploring other possibilities. Language became a ground for divisiveness. 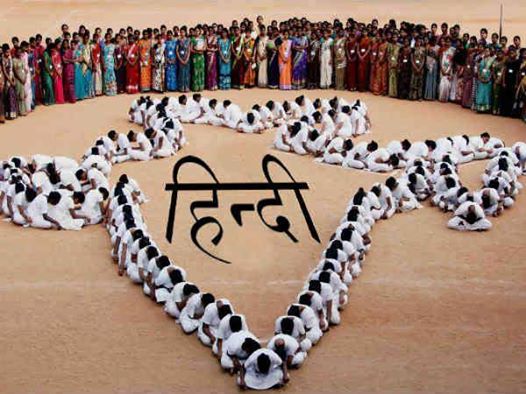 India is a land of diversity and multiplicity. This translates into a multitude of shared cultures that make India the country it is. Yet, the country has seen raging debates over language that have catapulted into movements making the demarcation of languages run deeper. While celebration of diversity is necessary, imposition of one language on a country that is comprised of so many is imprudent and frankly, unnecessary.

A homogenization of India’s culture is impossible. Similarly, a forced generalization of one particular language as a national language is not something conceivable either. Pakistan tried imposing Urdu on the erstwhile East Pakistan (now Bangladesh). That resulted in a linguistic movement that later separated the two. This goes on to prove that we the people of the subcontinent are indeed a little touchy when it comes to language. We’re perfectly comfortable upholding the language of our colonizers but shockingly offended in our disregard of languages that most of us can easily speak in.

Hindi is both the language that seemingly unifies the country and one that divides the country into two. This rakes up the age old Aryan-Dravidian debate. Hindi, popularly accepted as a purely ‘Aryan’ language, is held in contempt by the Dravidians. I say this because an instance of such outrage, which occurred both in the pre and post independence periods, was similar in nature. Only, it was far more extreme. The DMK, formerly known as the Dravida Kazhagam, vehemently opposed the idea of having Hindi as the national language. That’s when the Official Languages Act (1963) came about. Needless to say, the act didn’t end up solving the problem of possibly having Hindi as the official language.

The move to instate Hindi as the sole official language faced massive outrage. Rather than logically looking as to why Hindi could be an official language (if not the only one), cries erupted over why it absolutely shouldn’t be given greater importance. While this has remained an unresolved issue, a petition to include the 22 languages listed in the 8th Schedule of our constitution has been made in light of the recent controversy. The petition urges the government to amend the official languages act so as to give the other languages an official status.

While this move would be far more inclusive, considering these languages are part of the legislature on a regional level, continuing to have Hindi is not a bad decision either. This is because a little less than half the populace speaks variations of Hindi in their everyday interactions. Also, Hindi is a language that is understood in most parts of the country. A compulsory knowledge of it is not coerced but basic knowledge, like that of English has been a part of school curriculum. States are not barred from including their regional language nor are they forced to give greater importance to Hindi.

Conclusively, one can only say that Hindi is not anyone’s enemy. Neither is it the enforcer of a religion nor is it the linguistic symbol of any political ideology or the proponent of a race. Hindi is a vehicle for communication, a collective shade that protects the throng of languages in our country and gives them equal room. Metaphors aside, the government could really do with some smart thinking to permanently resolve the issue of an official language. Simultaneously, the center can also strategize on increasing the awareness of other languages spoken in the country, leading to greater unification and lesser agitations.