By Shelly Mahajan in Politics, Society

Each morning when I leave for college, I feel scared of being stalked, sexually assaulted, burned from an acid attack or getting murdered. I am a 23 year old girl living in India and am deeply worried. I am worried about my safety, the safety of my sisters, my mother, my grandmother, my female friends and the fellow women of this country. 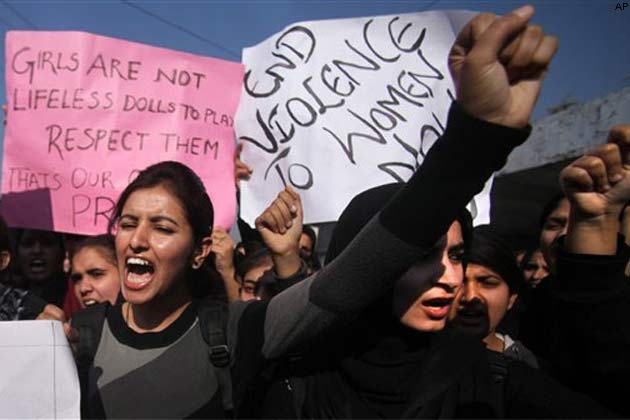 With increasing crimes against women in my country, I struggle to live my life with freedom. Not a day passes by without having to restrict my actions, only because I am a woman and I dread for my safety. It’s almost unthinkable for me to travel at night all by myself. Renting accommodation in certain neighborhoods is impossible for a lot of my female friends considering the point of safety. Even using public toilets, subways or lifts at times turn out to be an unpleasant experience. Our day-to-day experiences force us to believe that being a woman is a crime and we cannot get away with it easily.

According to statistics from National Crime Records Bureau (NCRB), a woman gets raped every twenty minutes in our country. Reports indicate that India is a source, destination and transit country for widespread trafficking of women and children. Almost half of India’s billion population defecate in the open and using fields for toilets have made women of this country vulnerable to sexual assaults. In states of Punjab and Haryana, the lopsided gender ratio has led to a ‘marriage squeeze’, forcing women to leave their homes to marry men in faraway regions. Every year, a considerate number of MPs elected to the Parliament have committed crimes against women.

It gives me jitters to recount the recent incident of two young girls found hanging from a tree after being raped in Badaun in Uttar Pradesh. I am appalled to read that a few days ago a six year old girl was raped by staff members of her school in Bangalore. Across the country, the concern for women’s safety is looming large.

In times like these, seeing our elected representatives making insensitive remarks against victims of sexual assault reaffirms the fear that India is no place for women.

In the light of mounting crimes against women, I request you,Â Mr. Narendra Modi, to take up the issue of women’s safety in your Independence Day speech and assure the women of this country of their rights, freedom and dignity.