Why Does My Exposed Bra Strap Make You Uncomfortable?

You know why my bra shows up even when you want me to hide it? Because I wear it! Now, there are reasons. To start with, I must hide my strap because there are droolers out there, ready to pounce; ready to rip my clothes apart. And I am the only one who must safeguard not only my integrity, but also that of my family and my gotra’s. That there is large amount of not only self-respect, but a treasure of insane responsibilities being hidden behind that top-that-should-not-be-exposed. The responsibility to not behave ‘slut-like’ in public places, because men are attracted. Because men are not taught anything at all, and the burden of blame and precaution lies on the woman. So if the bra strap is showing, she is the perpetrator. She is responsible for any amount of crime that might be committed upon her. Now you see how dangerous a bra-strap can be? Almost criminal, right? 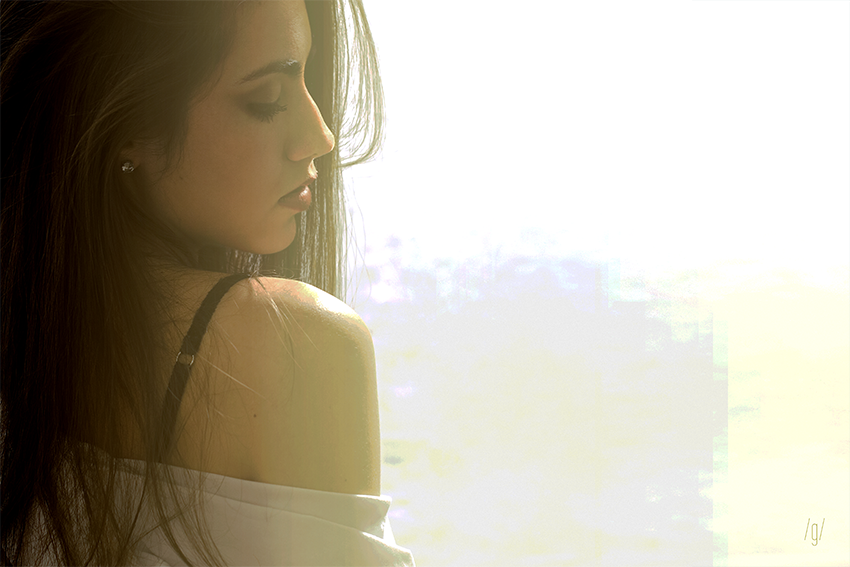 Well, criminal is the mindset of those who think this way. The society.

Some will tell you that you ought to hide it because it is part of an underwear, and showing of underwear is just not so couth, not so “cultured”. Well, I have two arguments for this statement. One, what in this universe does the world “cultured” even mean? Why is there a culture that everyone ought to follow, which acts like the supreme universal law looming over everybody, which is inevitable? Fine, I’ll tell you this is “cultured” in my opinion; because I follow a type of “culture” that says bra-showing is the best kind of moral behavior! Now, what can you do about it?

Secondly, why we are ranting about this is because showing my bra has become a taboo, that one must not do it due to a certain kind of moral code that you cannot do anything about and hence you must sit down and follow. Tomorrow I might be a part of a “topless” protest, and that is not because I want everyone to go topless, but because I need to assert that there is no problem in doing so. One must not be pushed into something because it has “morality” attached to it. One must be given the ultimate freedom to wear what she wants and still no one could call her a whore, or bimbo, or judge anything at all on that basis. How I chose to live after the protest is totally my problem. I might like to wear a burqa all day, and that still does not decide weather or not I should go topless in a protest.

Only once we collectively break the regressive stereotypes in our society, can we expect our girls to live in freedom, not bound by any kind of obligation to their family! Its time we ask the people eyeing us with lustful valleity to look away every time that white beneath pops up.

White is the tabooed color. I am told that if there is an unavoidable circumstance where the bra strap might be exposed due to an unusual cut top, I must wear a black one, or dark color, but not white. Because that shall make it look like I did it on purpose. Because I need to abide by the sacred laws of fashion, or I am doomed. Because I am a good person, not “evil” or “dumb”, if I wear a black one.

And the unbelievable fact along with this is that the lives of a large majority run on these rules. On rules of hypocrisy. Even some of those who talk about feminism or the flaws in governance are contributing to the stereotypes, the menace in the society.

Women tend to abide by something like a “white bra rule”, because they are ashamed of wearing a bra, as if the world were ruled by non-bra wearing people and we must try to reach that look in any way possible. Therefore, we are fidgety with the bra. Therefore, the taboo attached to it. This means she is ashamed to have breasts, to be a woman. Girls tend to lose their self-confidence once there is the “danger of the white bra”, making them conscious and uncomfortable in their woman’s clothing, and in a woman’s body. It’s sad how society imposes stereotypes with such blatancy that it’s hardly possible for a woman to not conform to these ‘rules’.

The funniest part is that the visibility of the bra-strap suddenly makes you a slut. You are immediately given tags like “desperate” and “needy”. And there is no one you can go ask for help, because everyone will tell you it was your fault! And then they talk about getting rid of sex education in the education system. Good, then best of luck with a country of “curious” rapists, who continue to view the female body like their meal at KFC, because your filthy mentality is all the sex education they have been fed since childhood.

Have you ever seen any patch of white popping out from beneath a woman’s dress in a movie? And if someone’s does, in parties or award functions, these stills are zoomed, circled in red and titled with something very demeaning like, “Oops! Not expected from you”, it is everywhere on the internet. And guess what, it’s a huge hit! This is because underwear is ugly. The truth, the ground reality, is always ugly in a capitalist environment. It’s all about how much you can glitter, and how much you can impress. Who does not wear underwear? But if by the slightest mishap it gets exposed, you are screwed for the next few months. People, wearing underwear, looking just as ‘ugly’ as you when naked, but covering it up with fancy clothes, are ready to bombard you with criticism.

In contrast, it is a style statement, and an essential practice for male actors to go topless. Their ‘market-value’ is based on this. It’s always okay. No awkward clicks, no cry of disgust. But if a woman goes topless, it is one of these – controversial, bold or slut-like.

We have chosen to be comfortable with this kind of a mentality and subject our women to epitomized shame if the bra sticks out, but the man is allowed to roam around half naked. The reason behind that is because men are people, and women are objects. Men may go topless, because it’s hot, or because it’s their body, whatever they do with it is not anyone else’s business. But women need to be structured according to the fancy of the society, because women exist for the society, more than for themselves. Therefore, the infinite norms and expectations around them, failing which, they must be subject to disgust, shame and guilt.

This kind of a behavior is shameful. Stop telling your girls that they lack etiquette, or that this is an invitation to rapists. That this is habitual to the rugged, to the miserable, to the unrefined. That it makes them look like girls of ‘lower’ social status. That these habits might lead to a life of single-hood. That she is bringing bad name to her family wherever she goes. Stop attaching respect, “izzat” to your daughter’s body or clothing. White or black or pink or blue, the bra is not a taboo. It’s not shameful. It’s a basic form of clothing, and that is all it is!