India’s Response To The Violence In Gaza, And Why The Government Needs To Take A Clear Stand 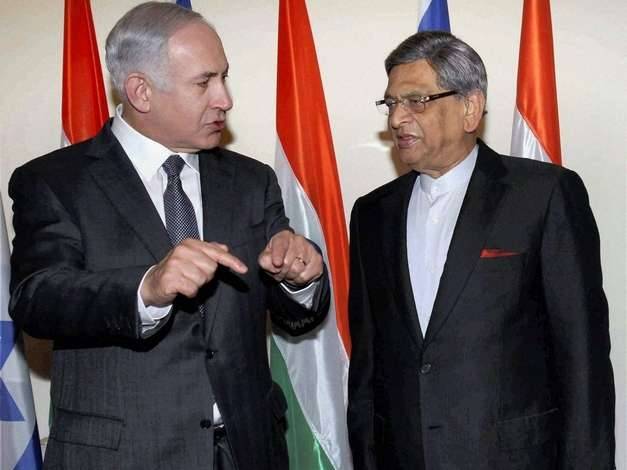 Earlier, External Affairs Minister Sushma Swaraj had opposed any discussion on the matter, saying that since it did not directly involve India it should not be taken up for discussion in the Parliament as it could harm its relations with both Israel and Palestine.

This was not always the case.

The two nations share a deep military, economic and strategic relationship. India is the largest customer of Israeli military equipment. India is also the second-largest Asian economic partner of Israel. In 2010, bilateral trade, excluding military sales, stood at US $4.7 billion. In August 2012, India and Israel signed a $50 million academic research agreement. Currently, the two nations are negotiating an extensive bilateral free trade pact, focusing on areas such as information technology, biotechnology and agriculture.

Now that Israel and Palestine are in conflict, people in India take different stands on the same. Though the government continues to take no clear sides, releasing a statement expressing “deep concern” on the ongoing conflict in Gaza and Israel. “India is deeply concerned at the steep escalation of violence between Israel and Palestine, particularly, heavy air strikes in Gaza, resulting in tragic loss of civilian lives and heavy damage to property,” the spokesperson in the External Affairs Ministry said. Despite this, there have been several protests by concerned citizens across the country with Delhi alone witnessing three demonstrations outside the Israeli embassy here in as many days.

There are some who are supporting Israel on their attack on Gaza. Their reason for the same being that it is in our national interest and because of our dependence on West Asian oil. Considering the history of our own independence movement and partition, it should evoke sympathy in us for what is happening in Gaza and what its civilians are going through.

Congress spokesperson Sanjay Jha said that India is extremely well respected in the international community and the country should leverage its position to raise a voice against human rights violations. He said that humanity should come before diplomatic considerations.

As Mahatma Gandhi said “Palestine belongs to the Arabs in the same sense that England belongs to the English or France to the French. It is wrong and inhuman to impose the Jews on the Arabs.”Â Also, it does not help the case of India becoming a major international player if the government does not take a clear stand on the ongoing conflict.

Ever Wondered What The Beatles Song “Blackbird” Really Stands For?