As I reached home from the newsroom where I’ve been interning for the better half of the last month, my phone pinged — the news had just come out that Malaysian Airlines flight number 17 (MH17, as it’s colloquially known) had allegedly been shot down over the disputed territory in Ukraine. It was tragic. For the rest of the night, I lay in my bed staring at my phone, reading tweets and updates from around the world. 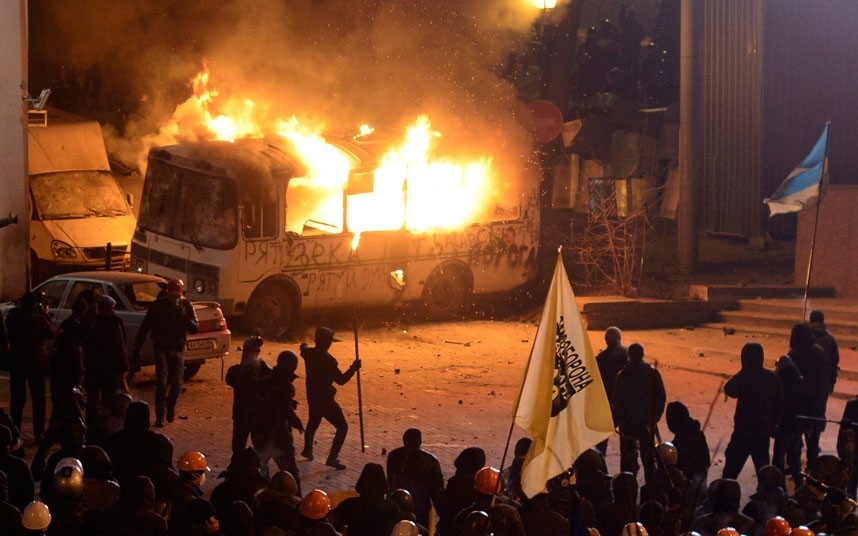 This was two days ago.

But as I took the bus to work today morning, I overheard two young boys talking in the seat in front of me:

Boy 1: “Dude, what happened with MH17 sucked, no? So many innocent people dead. What has this world come to?”
Boy 2: “Shut up. Have you seen what’s happening in Gaza? You care about all those who died in the flight, but aren’t the civilians in Gaza innocent too?”

Now I don’t completely agree with what the second boy said — the MH17 incident will, and should be remembered as one of the darkest of times in human history. We have to talk about it. We have to ensure that those who died get justice. No one is arguing about that.

But the Gaza comment did strike a chord, and I did a bit of research when I reached office. Media reports and slanted news coverage aside, I found that not a single question to Obama in his 18th July White House statement was regarding Gaza. Why?

Maybe because the Israel-Palestine issue is complicated. But how about Syria? About a year ago, the media was abuzz with news coverage of the Syrian war and the Assad regime. Today, despite the Civil War still on-going in parts of Syria and Assad being elected as President for the third time, not many people care about it — and hence, not many media houses cover it.

The Ukraine crisis was on the verge of suffering a similar fate — I mean, the rebels were losing all the free publicity the international press was giving them (thanks to ISIS and their antics in Iraq, I suppose). But this time, it took the shooting down of a plane to remind us of a war we were so closely following until a few months ago.

So, what’s the answer to why we care more about MH17 than we do about Gaza (if that’s even the case)?

As Jonathan Freedland pointed out: “[M]ost of us will never live in Gaza, but we know it could have been us boarding that plane in Amsterdam.”

When it comes to MH17, or even the missing MH370, we all can connect with the people. It could have been us. But what about the civilians being killed in Gaza — or Syria? Well, that’s unfortunate and we feel “compassionate”. But are any of us really going to go down there, ever?

Then there’s the reporting agenda. News, after all, is a commodity to be sold. So many times have reporters been told by their editors to ensure that a particular story is written in a particular angle in order to get more ‘hits’ or ‘appeal’. Freedland talks of the different types of articles written on MH17 — from the woman who lost her brother to MH370, and now her step-daughter to MH17; the crew member who shifted to MH17 at the last moment to the family that didn’t get a chance to be on the ill-fated flight due to lack of space. The reason for such articles, he says, is because at the end of the day, “our fear is for ourselves”.

To put it harshly, news about such a tragedy sells. Stories like Gaza? Not so much.

Therefore, though as a human I can only pray that the current MH17 situation is resolved, but as a reporter, I’m glad that world leaders are playing a geopolitical board game over the fallen flight. As readers, we all love to read feuds, and we love it when we have somebody to blame. When such things happen, we all suddenly turn into saints.

No one has time for peace — after all, in how many ways can newspapers spin the story of the East and West finally shaking hands and agreeing to stop all wars?

We are all fickle-minded — in today’s world, with all the ever-growing problems, no one can afford to look back on a forgotten war. As we focus on Gaza, we effectively close our ears to those crying in Syria. As we count the bodies amongst the debris of MH17, we shut our doors to the people in Gaza. But does it have to be this way? No, it doesn’t!

Every war is important, and so is every life. The killing of an Israeli is as much wrong as is the shooting down of Palestinians. Similarly, the murder of Syrians must be condemned, and so should the shooting down of MH17. Let’s make sure that we don’t let any more suffering go unheard of.

After all, if there’s one thing that working in a newsroom has taught me, it’s that news as a commodity has an expiry date. But today I ask, should our conscience too?