By Shreya Sarin in Education, Politics

I write to you today about the budget you released for your government a few days back – and I was actually very impressed with it. The idea of using Braille on currency notes especially caught my eye, and I must say it’s very commendable of you to come up with such an innovative idea. As I read through the newspaper article, something else attracted my attention too — you are planning to open 5 new IITs, IIMs and 4 new AIIMS. As a Humanities student (humanities without math) I am concerned about my higher education in this country. 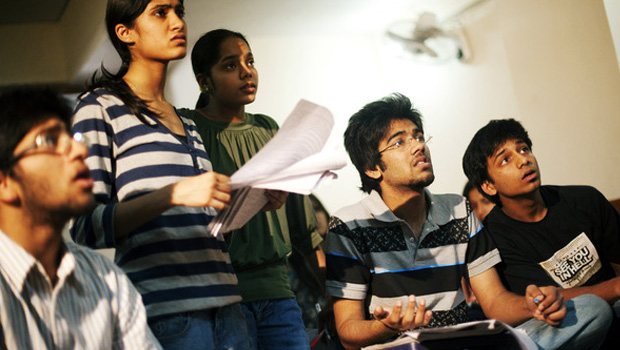 I was hoping that the new Government would look beyond Science and Math and come to terms with the fact that apart from Engineers and Doctors, there are other career options available; ones that don’t require IITs, IIMs or AIIMS. The condition of education in this country is already in the dumps, what with Delhi University having cut offs as high as 100%.

Our best universities are nowhere to be found among the best education institutes of the world – and even the below average American universities offer a better quality education than the top Indian ones do. Our CBSE textbooks still run according to the 2006 census; the ninth grade economics textbook telling us that one in every four Indians live below the poverty line. I am sure that these statistics have changed, but with our books not upgraded and such archaic facts being taught to us, how do you expect us to be informed about the situation in the country?

What with rote learning being one of the key characteristics of our education system (ignorance and mundane content being the others), as students, we grow up to lack individuality, authenticity, and creativity when we work in our respective careers. The word innovation is as alien to us, as the word research (in its true sense, I mean – and not just copying content off the internet). We just follow, as leadership skills are another thing rarely taught in Indian schools.

As a student interested in Journalism, I request you to open your eyes to creativity, vision, and expressiveness, and support people like me, who don’t take up math and science- not because we can’t do it, but because we choose not to. I request you to make the Indian education system so dynamic, that it not only makes us want to stay here, but only brings in other students interested in quality education from all around the globe to India.

Back To School After 6 Months: Some Schools Partially Reopen Under Unlock 4.0

What Does Online Education Mean For Someone With ADHD?