The Story Of How I Was Forced To Quit My Job, Because I Wasn’t An ‘Obedient’ Girl

There are times in your life when you are so overwhelmed with the things that have happened to you in the past that you block them out. Sometimes, when you have the courage, you bring them out in the open for your own viewing, so that you can face your demons at last; at other times, even that is not enough. 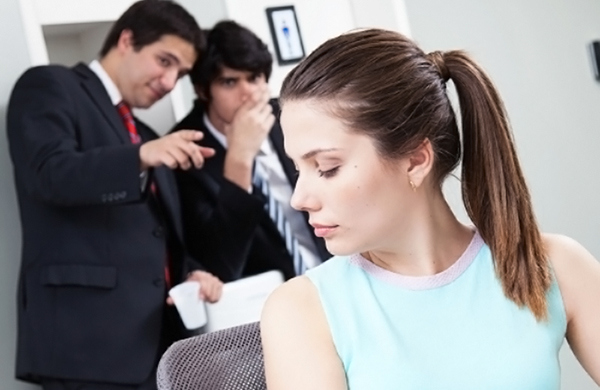 I earned the workstation that was assigned to me at my office through my Bachelor of Technology degree. Believe me, I was more than happy to be there. It was a multinational firm, and I was recruited through campus selection. My work was fun and challenging, but I was facing some difficulties as a fresher.

Our manager at that time had four “khaas” people working under him (including two team leads). These four people were seniors in their profession and very loyal to our manager. The rest of the team mates were to be directly led by these 4 people and our manager.

At the time of our formal introduction, there were some revelations. One of them was complete disregard of our so called “seniors” towards women. Our manager made it clear that he did not want girls in his team because they had “nakhras” and did not perform as well as the boys. This made me a little bit uncomfortable at first, but in a place called India, this was not uncommon to hear.

However, this was not the only time they used such statements. There were days when we used to hear things like, “Girls choose a fancy field such as Engineering on the instruction of their parents. Actually, they are here to work because they want to pass the time between their graduation and their marriage. Why would then they would be of any use to us? That is why I don’t like having girls on my team.” I chose to ignore the endless battering. It was meant for everybody. Everybody could hear this man say such a mean thing, but nobody replied back. In reality, nobody had the courage to. Even I lacked the courage.

There was a lot of restraint from my side, it took me time to realize that this was unnecessary and plain stupid. If I had a coffee break with another male employee, then I was under scrutiny. If I was seen on a break with the same employee more than once, then according to my seniors, I was already having an affair with him. I was judged on the basis of who I was going out on lunch with and who I was mostly talking to. There were calls for “time reporting” from my seniors after we used to leave office for the day. Multiple calls, multiple number of times. Sometimes they would want to know where I was after office hours. They would ask personal questions like what my father did or whether or not I had a boyfriend. Sometimes, I used to feel uncomfortable standing in front of them if my kurti was a little deep, or when I was not carrying dupatta or wearing a jacket. I was a girl, and I was supposed to behave. There were times when the so called one-on-one sessions were conducted with us. It is true that these sessions were conducted for our quarterly ratings, but they were torturous. I had started to talk back a little, because it felt demeaning to just bear with endless insults like, “your parents haven’t raised you well”, “I think I have picked you up from a gutter”, “ you are a nobody” and the all-time special, “what can you even do, you are just a girl.”

My talk back sessions were rewarded. I was given no work and was not included in the team mails for a while. Slowly, my own colleagues who joined the very same day as I had, started to move away from me. I was cornered. My seniors thought that I was creating a general distress within the team, and so they tried to transfer me to some other city. That was the time when I was ill and could not accept the transfer. I declined their offer. After 15 days, I was transferred again. This time they threatened to fire me if I declined further. I denied the transfer again.

I thought that these attacks would withdraw once I started working harder. There were days when we used to be in office from 8AM to 5 PM and then again from 10PM to 6AM in continuation. There was no recognition, there was no overtime paid. Thankfully, a company cab was provided in the wee hours to our company site which was located at a very remote location in Gurgaon. Once, my team lead called me after office hours asking me if I could go to a remote site for an upgrade of a system. The upgrade was at a certain place in Gurgaon, which I had not visited before and it was scheduled at 12 AM in the morning. The office was not providing a cab, and I was afraid to go alone at a new place in the night. It was around the time of the “16 December, Delhi gang rape case”. I asked my team lead for another male colleague to accompany me at least. I literally begged my senior to show a little concern for me. He did, but after I lost my self-respect in front of him. Afterwards, he said, “Rapes in India happen every day. Should we stop working then?” He was right, should we? I came to a conclusion that day, I am a girl, and that is my biggest disadvantage in this world.

It has been a long time since all that happened. I lost all my friends and I had to leave the company before they could fire me. After all these years, I am unable to forget or forgive. After all this time, I have moved on, but only partially. My self-respect, any woman’s self-respect is not something that you can give or take at will. I am sure that there were other women like me in the same department who were facing the very same things but nobody stepped up. I am glad of just one thing – I tried to step up, but in that process I changed. If the change is for the better or for the worse, I honestly don’t know.