When I was 18, my girlfriend told me that she had been raped. Other women told me about being physically and verbally abused. Almost every woman I knew told me about being harassed on the street, harassed at work, paid less and listened to less than their male counterparts. It made me mad, but a friend said, “Don’t tell ME you’re mad — do something!” 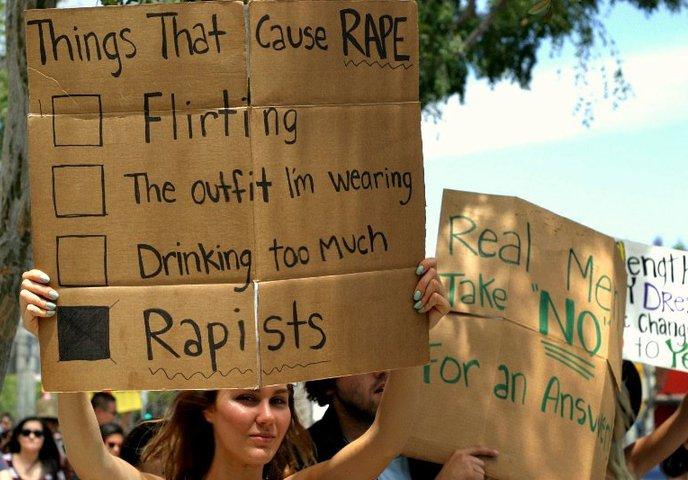 Now I’m 48-years-old, and headed to India tomorrow. These past 30 years, I have had the honour of working at domestic violence programs and rape crisis centres, as a prevention educator. I have written a play, “Voices of Men” and performed the play in 45 states in the US and ten other countries. The play uses humour to educate audiences about sexual and domestic violence, with the ultimate goal of eliminating such violence and engaging men to help do so.

I have continued to listen to and learn from women — mostly women in the United States. I have also learned from other American men who have themselves learned from women. This is what I’ve learned:

Gender-based violence is never the victim’s fault. We need to stop asking “what was she wearing” and “why was she walking there.” We need to start asking “why did he abuse her” and “what can we do as a community to create safety for her, and hold him accountable.”

Gender-based violence is a men’s issue. Some of us are victims, some of us know victims — many men are perpetrators. If we remain silent about this issue, perpetrators speak for us.

Women deserve to be respected and listened to. Rather than “taking over,” aspiring male allies need to support women’s leadership. We need to speak up when it’s appropriate, but sometimes remain in the background.

Gender-based violence cannot exist without a culture that favours men over women, whites over people of colour, heterosexuals over gay, lesbian, bisexual and transgender people. The daily indignities dished out by those in power form the foundation upon which violence rests. Creating a culture where all are respected will eliminate these daily micro-aggressions, and also eliminate the violence.

This is some of what I’ve learned from women in the United States. I look forward to learning from women in India, and from all who work to stop gender-based violence there. If my coming to India to perform “Voices of Men” and facilitate workshops can help even one person, then my trip will have been worth it!

How The Pandemic Is Harsh On Men But Harshest On Women

The Vilification Of Rhea Chakraborty Discomforts Me As An Indian Woman

“I Was Molested Despite Wearing A ‘Dupatta'”: My Experience Of Dressing ‘Appropriately’