Is Arun Jaitley”s “One Small Incident” The Reason Why We Can”t Trust BJP For Safety Of Women?

“One small incident of rape in Delhi advertised world over is enough to cost us billions of dollars in terms of global tourism,”Â – Arun Jaitley, Minister of Finance 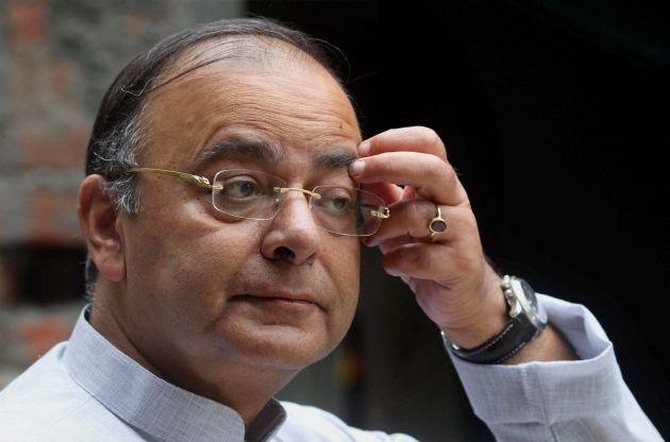 Before the 2014 elections, BJP,Â hungry for power was sitting on the side-lines of the political game. It pounced upon every opportunity to appear sensitive and forthright and protested against crimes, hate speeches, manufactured encounters and even the black money their own coffers were hiding. Post the 2014 elections, the party managed to come to power and turned the composition of the parliament upside down.

Barely threeÂ months into the parliamentÂ and the same ministers who howled and cried in the streets against insensitive remarks have taken to trivializing the issue themselves. It was against the remark of President’s (and an ex-congressman) son about ‘dented and painted women who protest on the streets for two minutes of limelight’ when BJP came out all guns blazing to protest against the Congress. National dailies carried editorials from members of all sides of the party who condemned this and frowned upon the worsening situation of women in the country. It represented the outrage that people had.

Many voted BJP toÂ power because the party seemed to be as outraged as the general public and saw hope in their promises. But does the recent comment by Mr. Jaitley suggest that “rapes” are coming in the wayÂ of industrial progress? Does the remark indicate that we need to underplay incidents of rape and project a ‘safer’ image of IndiaÂ to the world?Â Does Mr. Jaitley suggest that we trivialize the issue as a solution to it?

Arun Jaitley, the frank and firebrand lawyer who didn’t think twice before invoking the rule of law and advocating for equality, seems to be lost in the politics of ‘economic development’ versus ‘human development’. Where is the Arun Jaitley who managed to rationalize the rather immature statements from BJPÂ and turn them around into specific points of agenda? Where is the Arun Jaitley who adroitly advocated for women’s safety in the country? Where is the government that was so keen on grabbing power so that they could take away our miseries instead of inflicting more?

He has clarified on the comment which the ‘media is spinning around’. But he, and several other of our decision makers need to realize thatÂ the reality is that women are unsafe in India and that rapes are rampant, and people need action, not wordplay.

Pre Polls In Bihar: Where Is The Data On Caste?