The Curious Case Of Chinese Diplomacy: Of Official Visits, Trade, And Border Incursions

India and China have been too close for comfort ever since the latter took over the buffer state of Tibet. Soon after, the ‘Hindi-Chini Bhai Bhai’ slogan was discarded along with the Panchsheel bi-lateral agreement for peaceful co-existence, as escalating tensions resulted in an all out war between the two countries. More than 50 years after the war, in which India suffered worse, a lot of the issues remain un-resolved. At the same time, however, the trade between the two countries has been growing exponentially each year. Presently, China is India’s largest trading partner, while India is China’s biggest in South Asia, with two-way trade totalling about $65.5 billion last year, as reported by IBN Live. 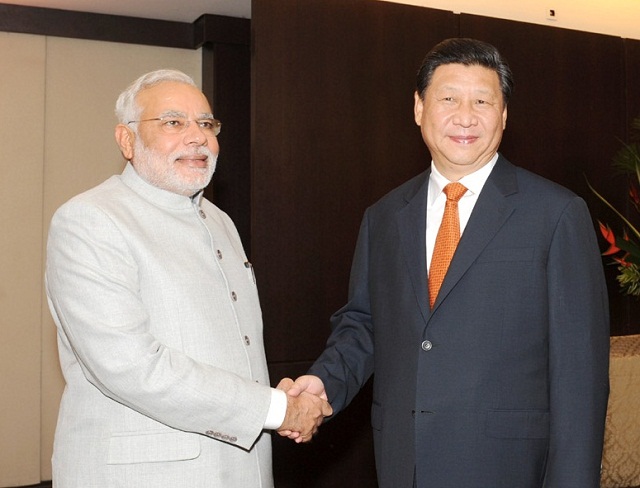 Border incursions are not rare along the 2,200-mile-long border that the two countries share. So much so that only the most severe intrusions make headlines. These incursions are most often referred to as ‘transgressions’ because the border between the two countries is not clearly defined. After the war, the erstwhile McMohan Line was deemed redundant, but its replacement, the ‘Line of Actual Control’, was not completely agreed upon.

The timing of such a serious incursion, however, seems to have been premeditated, in sync with the President’s visit. Jinping’s India visit lasted from 17th to the 19th of September, and the tensions at the border peaked on the 18th of September, when 1,000 Chinese soldiers were reported to have crossed the border into the Ladakh region of Indian-administered Jammu and Kashmir. During Jinping’s visit, deals worth a total of $30 billion were signed.

There just might be a pattern appearing here, as this is not the first time that border tensions have coincided with a state visit between the two countries. Last year, the Chinese troops had set up tents within the Indian territory in the same month when Premier Li Keqiang visited Delhi.

So far, the Chinese policy towards India appears to be aimed at sending mixed signals. Jinping’s visit aimed at cooperation, peace and prosperity even as the borders remained infused with hostility and distrust. The legacy of border disputes as the backdrop notwithstanding, both states realize the importance of the other in their conflicting ambition of emerging as superpowers on the global stage. On this side of the border, many hope Modi will deliver on his election campaign promise of safe-guarding the country’s borders and checking our neighbour’s expansionist designs.