1000s Of Indian Youth Marched For The Climate, But Will The Government Take Note?

By Vivek Dsouza in Environment

September 20th 2014 witnessed a major global event that took place in many countries. This event brought together people from different backgrounds, cultures, religions, and from different walks of life that were committed to a cause, a global cause — Combat the issue of Climate Change. The People’s Climate March in Delhi also witnessed a similar mobilization campaign where more than 1,500 young people marched from Mandi House to Jantar Mantar to create a strong opinion of their concerns regarding climate change to make the world aware of it’s gruesome consequences in the future. 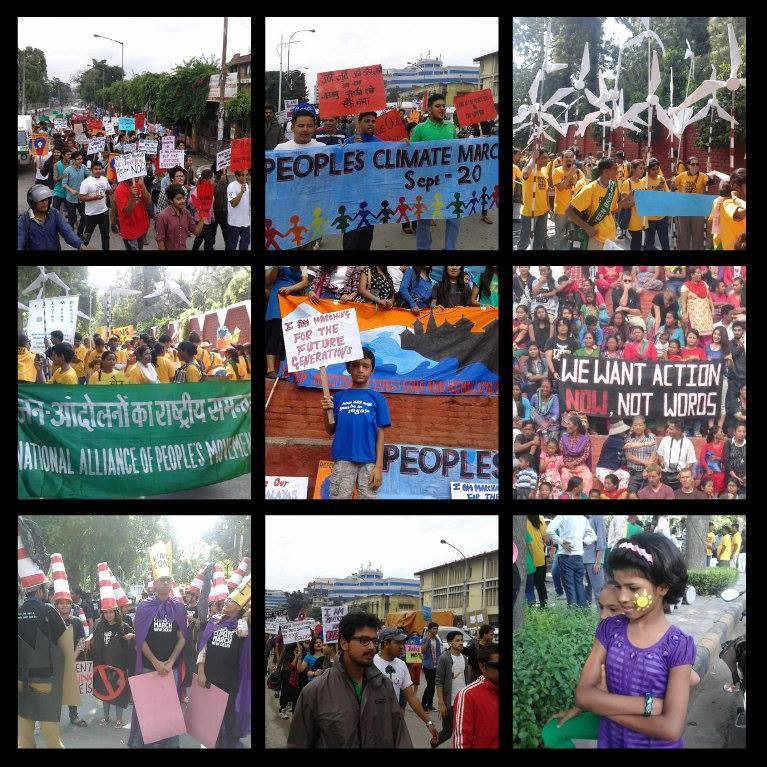 With so much noise about the new government coming into force, we see a lot of cynicism in the youth today, especially with an increase in protests, peace walks, and marches. The huge uproar in Delhi by many young people, especially the youth of India gives out a clear message that climate change is a global crisis, a global emergency for humanity and that we need to take measures for a sustainable future for ourselves and for the lives of the coming generations. The people’s mobilization march was held in several cities across the world where people who were concerned about the impact of global warming and consequences of climate change came together to pressurize governments to make a significant use of their political power to help create a sustainable future by combating climate change. Various countries have made efforts and but what is even more terrifying is that climate change, being a slow irreversible process has already started affecting many of the ecosystems and is slowing paving way for it to be a huge threat to mankind. 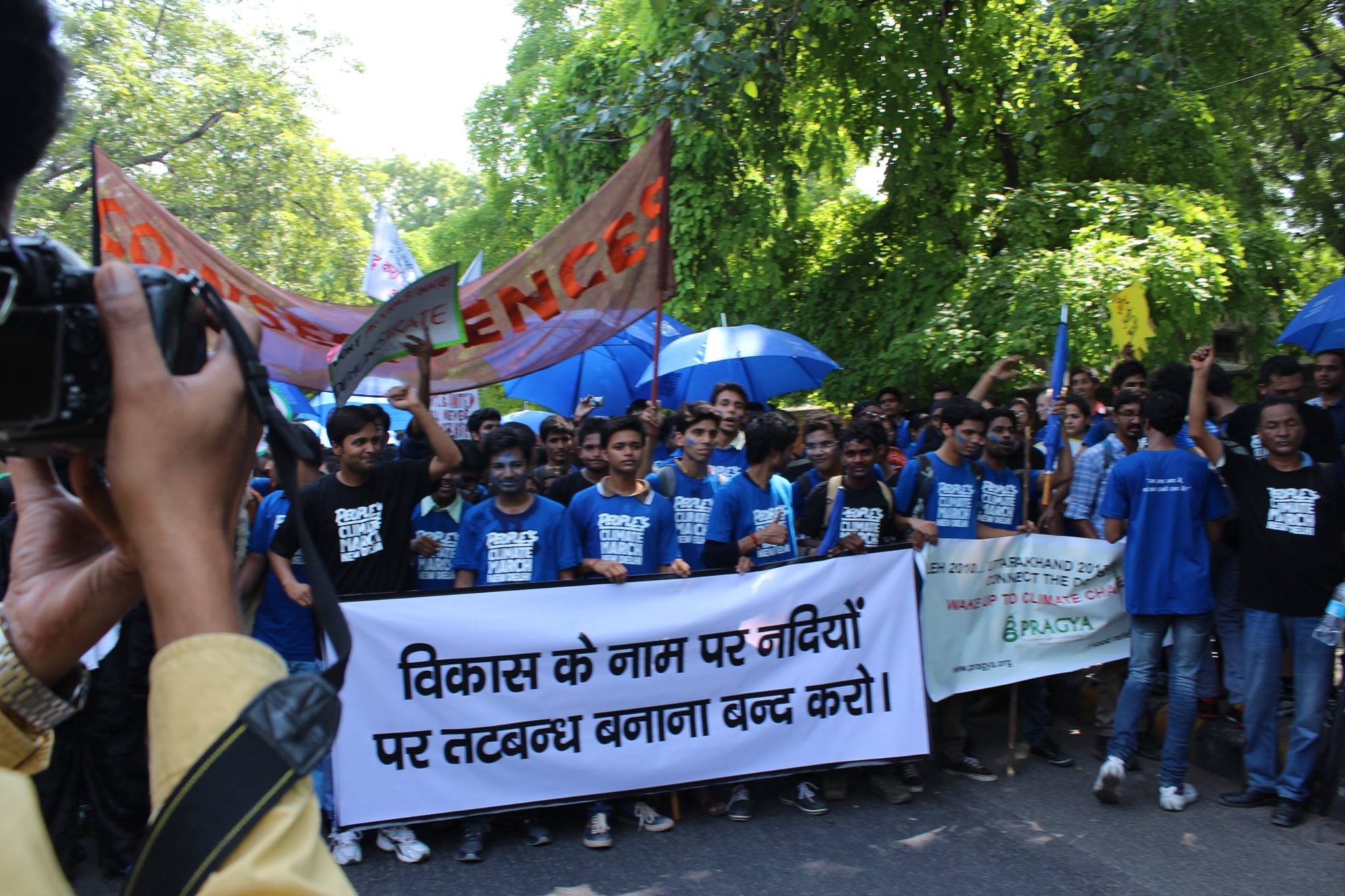 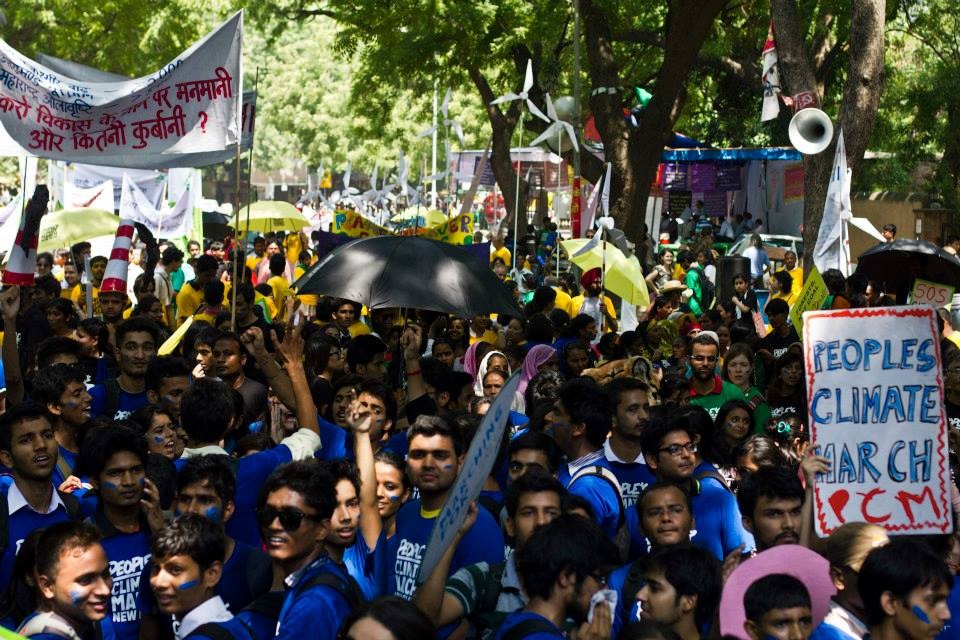 A picture says a thousand words. These pictures portray the very act of solidarity as people come together for the mobilization march in Delhi and Nepal.

Inspiring and motivating as it is, the mobilization march in Delhi was specifically aimed to bring some kind of climate agreement for a better India. But the question is, “Will there ever be a better India?” This is a question not many of us can answer at this point. Keeping the people’s mobilization march in our minds, the UN Climate Summit is right here, where world leaders would come together to have a concrete agreement. However, it is quite saddening to hear the fact that Narendra Modi isn’t going to attend the summit. India needs to know WHY? Young people need to know. Why is it that no political action is being carried out for the implementation of a sustainable lifestyle? India has a long history of major environmental problems resulting in fatal casualties. From the infamous Bhopal Disaster to the 2013 North India Floods to the recent floods in Jammu and Kashmir — they all fall in the line in what we see as the horrifying effects of climate change.

TOI confirmed that a memorandum called the “citizen’s climate agenda” was submitted to the prime minister’s office. But how fast will it take into effect is still unknown. With the new government come into force, we are still waiting for the “Achhe Din” — Better days. Much of the unrest caused is because there is a significant lack of hope in the minds of people in terms of whether change can be brought or no. With Modi not attending the climate summit, have we failed in reminding our government about the devastating impacts that climate change can bring in the near future? Aren’t the floods in J&K a clear and relevant example of what people are being faced today? Do we need another Bhopal Gas Disaster or another Narmada Dam controversy or for that matter, another flood affected state for our government to realize about the impacts of climate change? 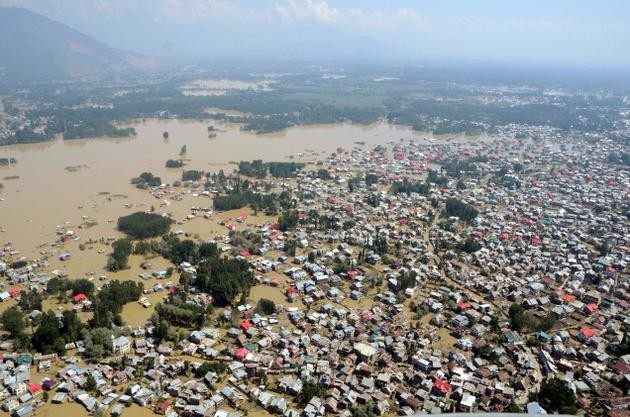 With the people’s mobilization march of September 21 2014, people from all around the world came together as a global family for the #Call4Climate action as they were committed to a cause. The inner purpose, the passion and the inspiration to bring about change (especially to combat change) needs to be instilled in the minds of everyone and in young people. We all, whether big or small, young or old, male or female, need to contribute to push governments and exert political pressure so that our voices can be heard; so that they acknowledge our efforts and that they take immediate action. True leaders are not the ones who work towards change in a way that they claim to be doing. True leaders are the ones next to us in the streets, the ones who already achieved and are fighting to defend the rights of others. For India’s overall development, we need to be marathon runners, not sprinters as we hold the key to shape India’s development, to build India again, piece by piece for a stronger and more sustainable future.

“Some people may think that presidents have all the power. But it’s the people. Particularly young people. They should raise their voices. “Look Mr. President, this is MY world, I am going to live in this world, so please make it safe, prosperous, and where everyone’s human dignity is respected.” They have the legitimate prerogative, rights. That’s why I am asking our young generation, who can generate string power, to raise your voice.” – UN Secretary- General Ban Ki-moon.