9 Photos That Showcase Modi’s Other U.S Welcome That The Media Didn’t Show You

True to his vein, Narendra Modi makes waves wherever he goes. His much debated, covered, and hugely revered visit to the United States of America was again the same. Videos emerging from Madison Square and the places he visited show hordes of people chanting his popular nickname NaMo while he waves hands and accepts the popularity. His stint with Hugh Jackman on the stage where he quoted Star Wars, transformed him into a demi god of sorts with the kind of cheers that he received.

But, not everyone is happy with Modi’s visit to the USA.

The other side of the fame, popularity and adulation that the Indian Prime Minister has managed to build for himself is not all golden. After being denied a visa to USA just a few months before he took up the throne as the ‘prime servant’ of the country, Modi’s criticism has flared up too and gained momentum.

The streets were filled with protestors demanding justice for his alleged involvement in Godhra riots of 2002 and other human rights violations that he has been charged with. Though he was given a clean chit by Supreme Court, the anguish still remains. The same was reflected in the banners and the slogans of people who lined up to protest.

With Modi’s supporters present there at every moment, things took ugly turns at times too. People critical about him were punished severely by the mob of supporters as they drowned every voice in the constant chanting of nationalist slogans. The controversy about Rajdeep Sardesai’s face off with Modi’s supporters also took place during the same visit. While we debate about the facts and happenings, it is safe to assume that not everyone loves Modi and might do well if we don’t drown the criticism but embrace the rational, constructive part of it.

These pictures, sent to us by @radicaldesi reflect the other side of the glorified visit to USA, which is a tad less fandom than what it is being projected to be. 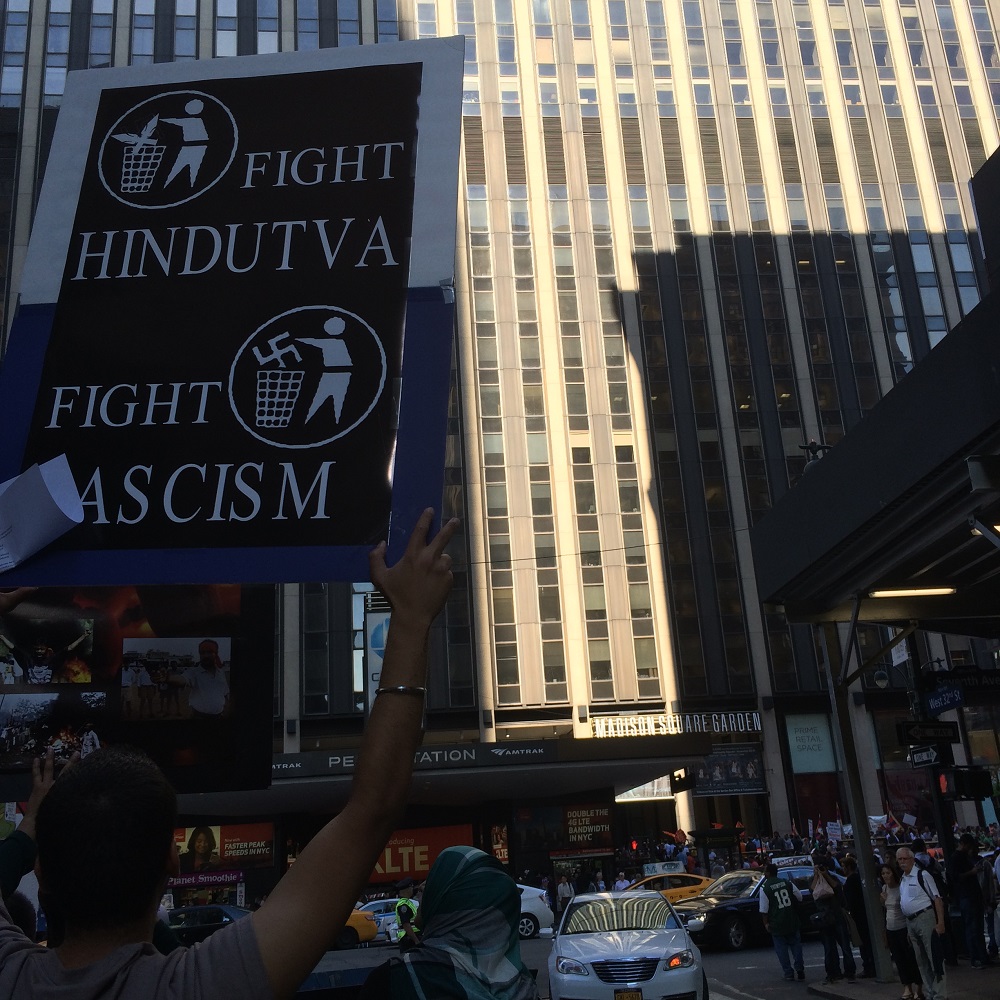 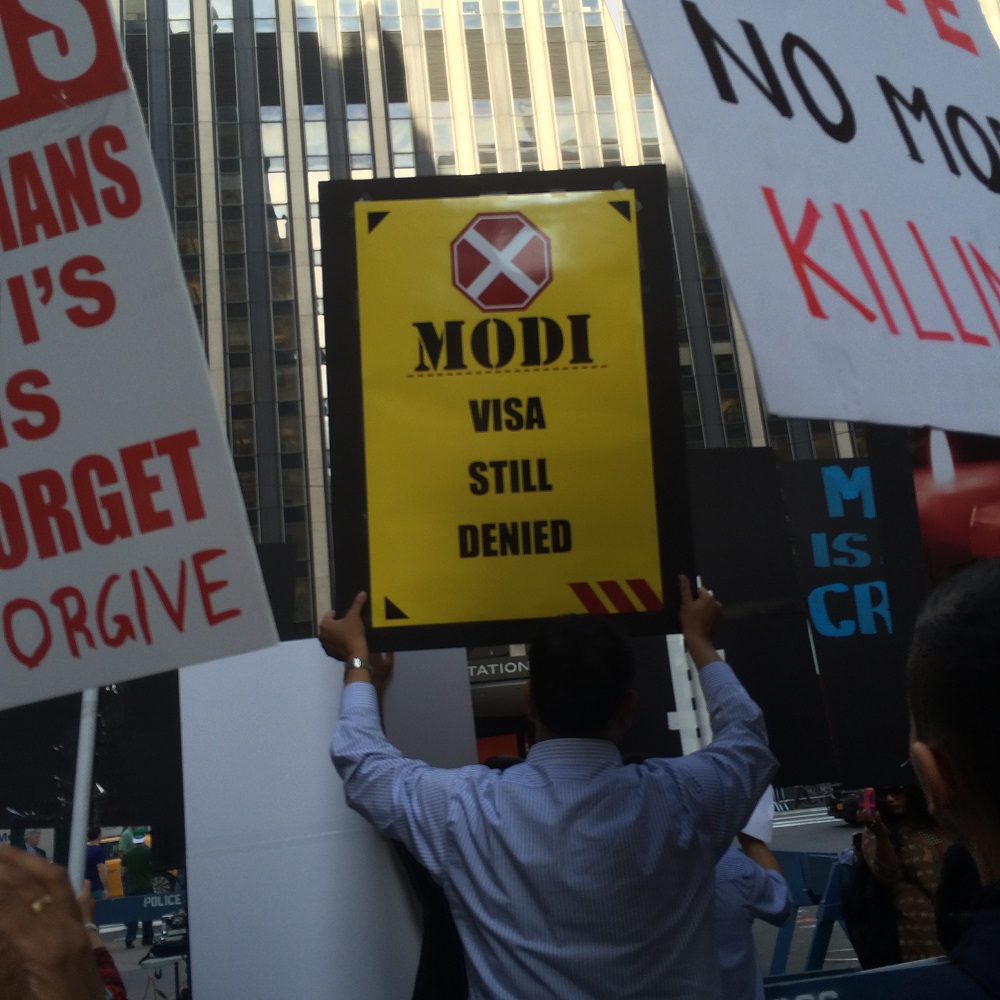 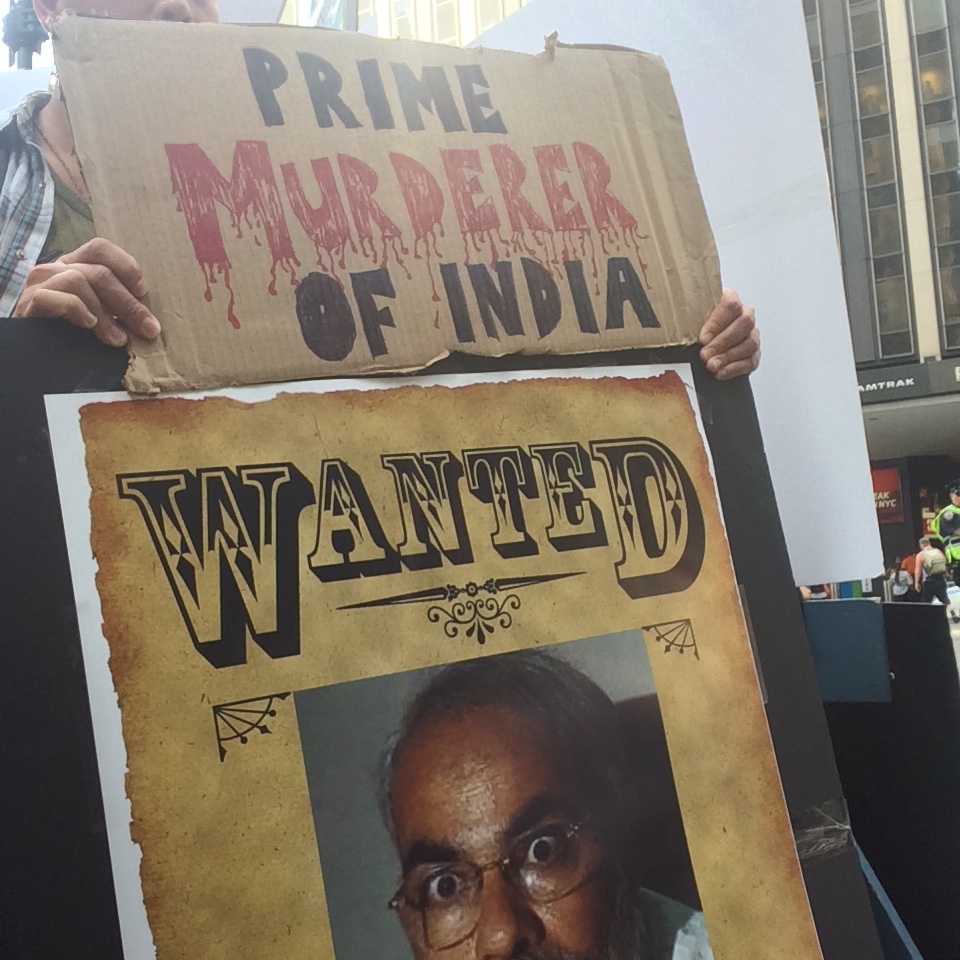 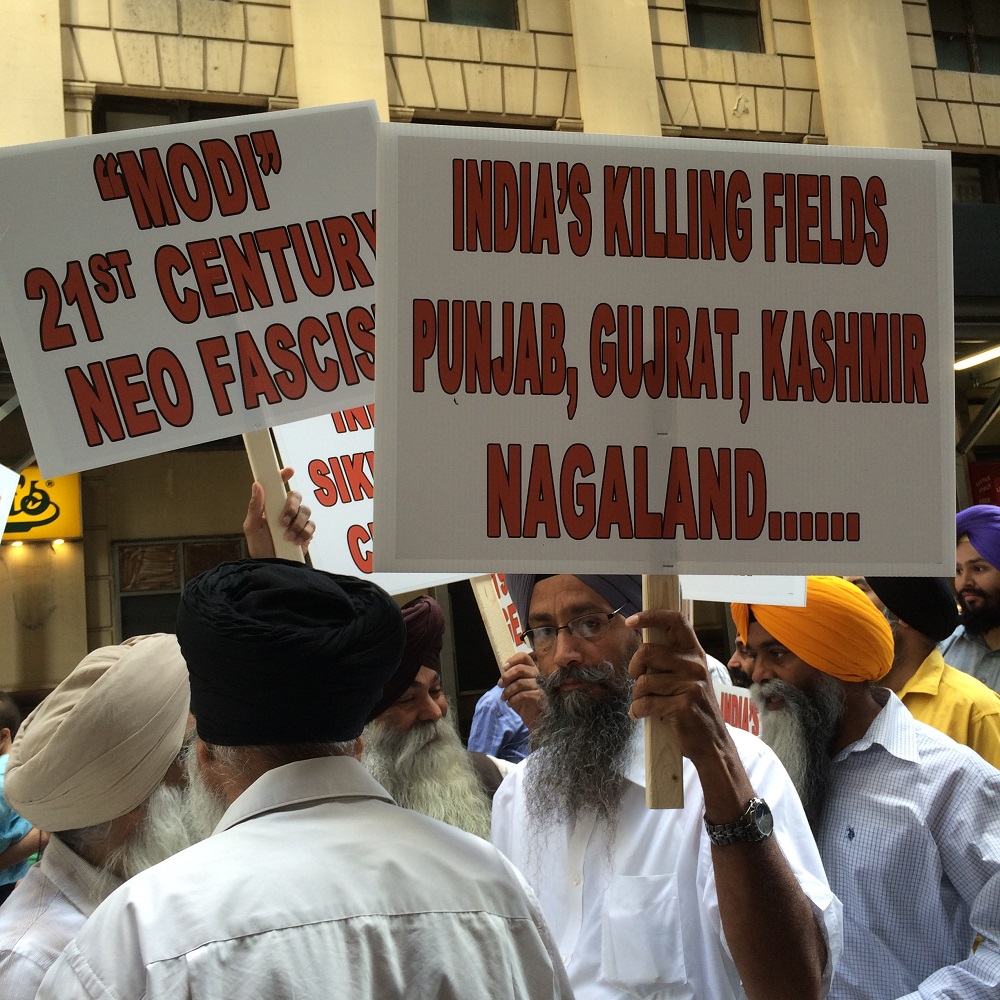 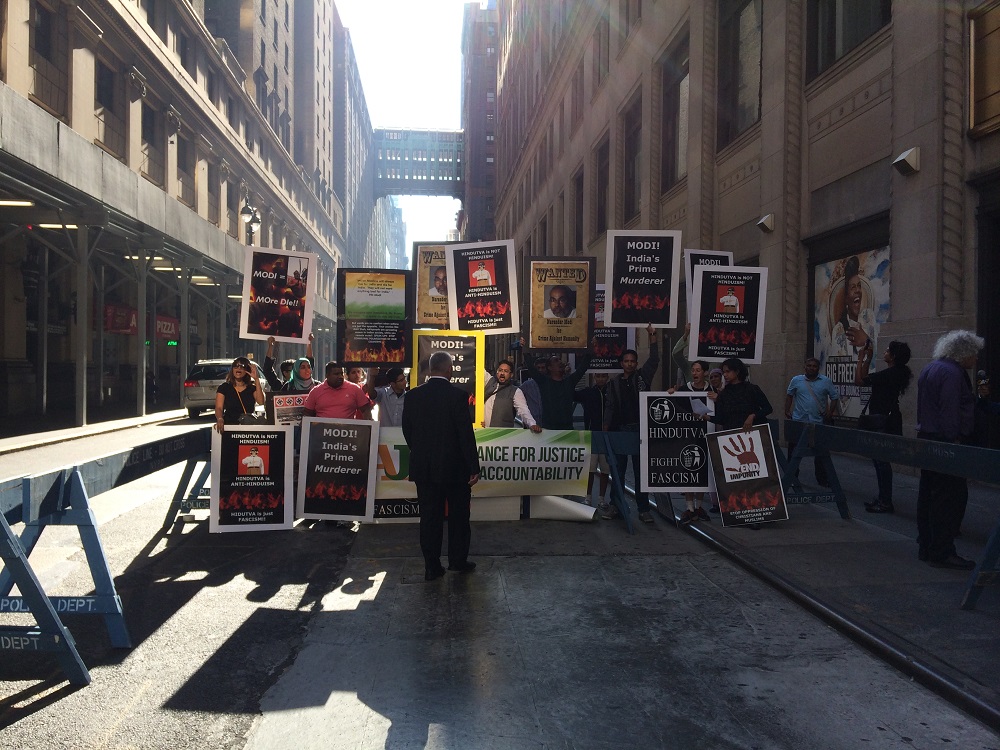 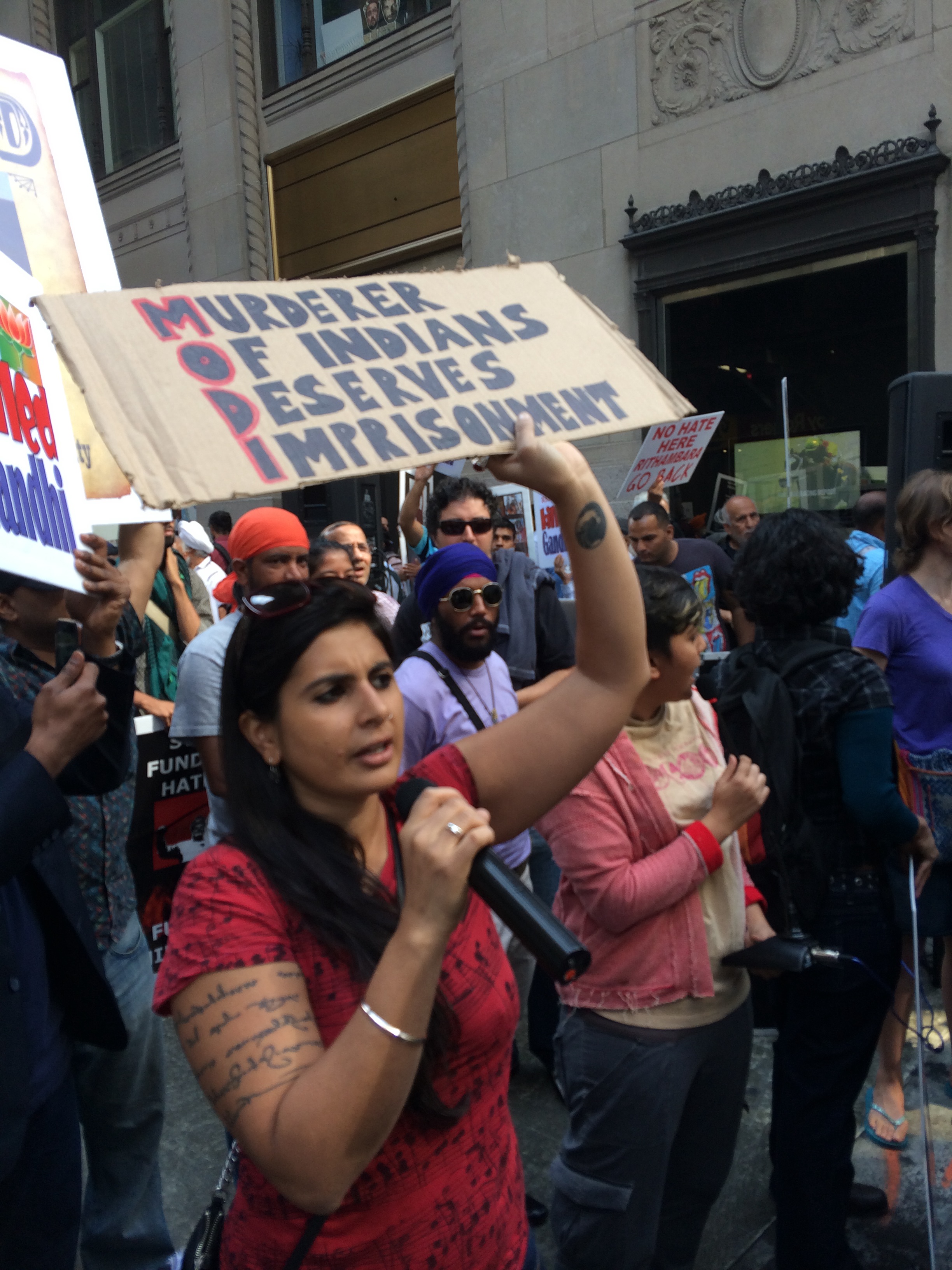 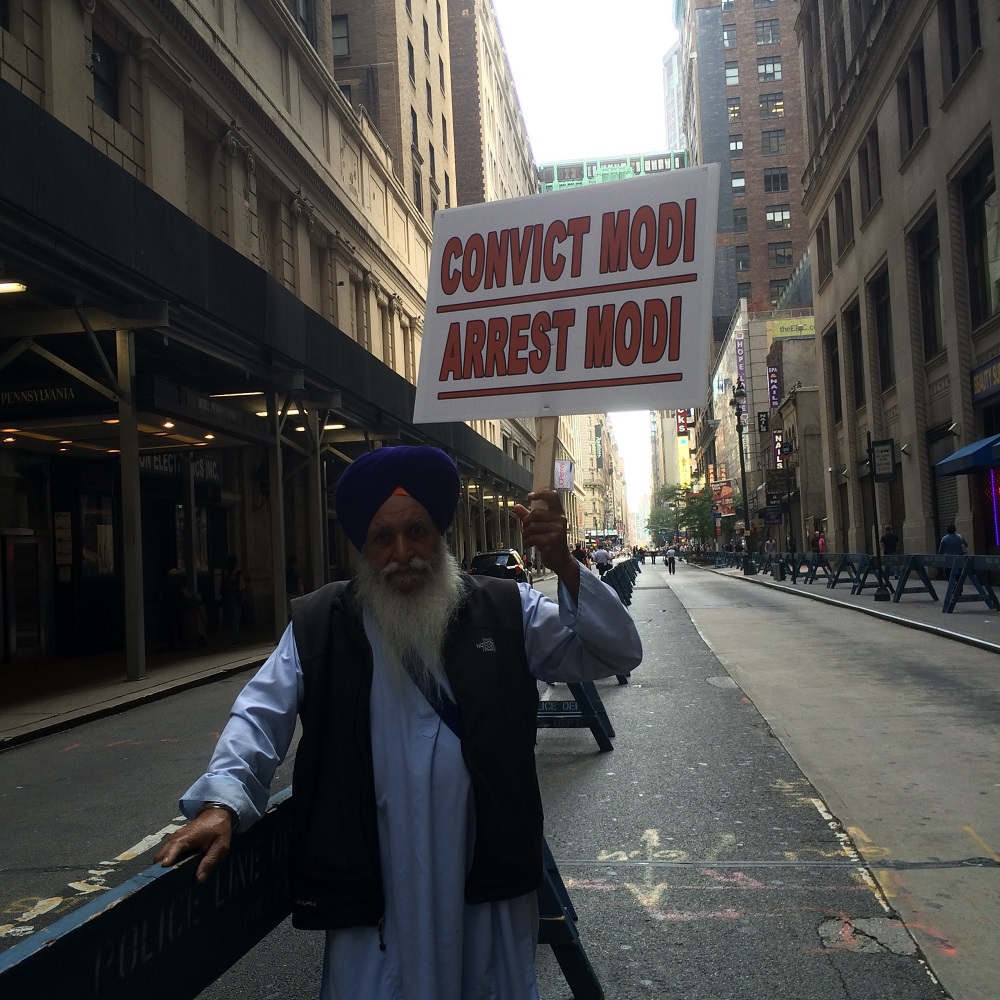 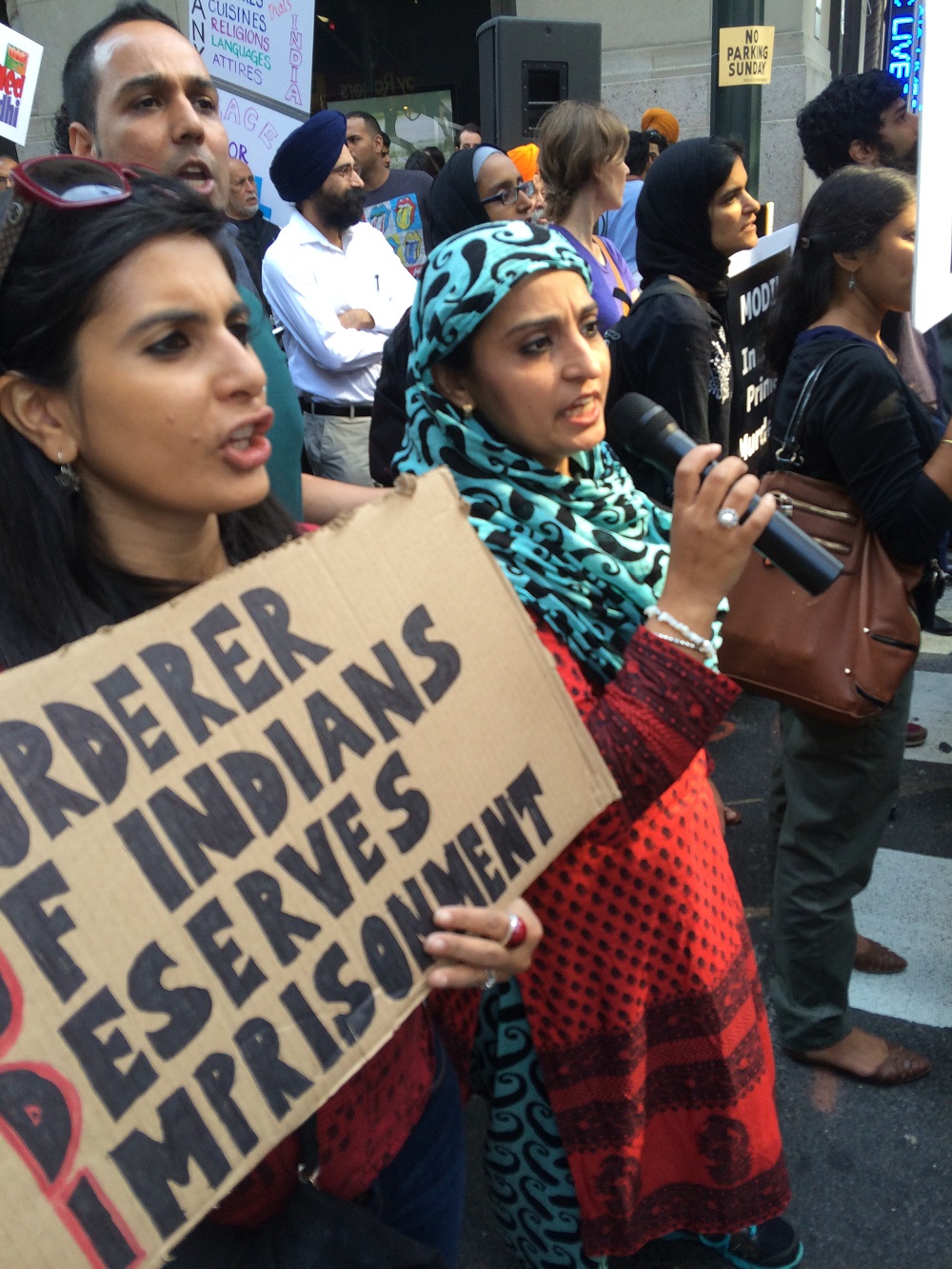 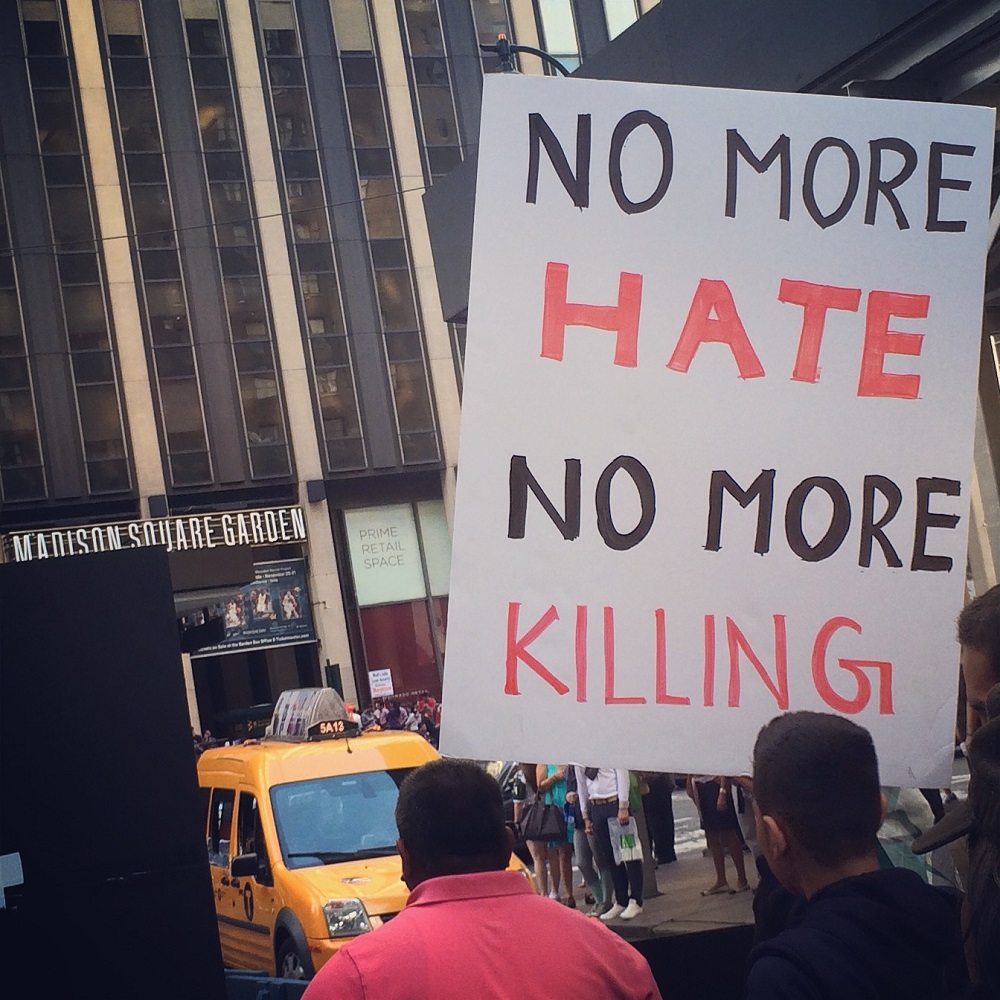 Thanks to @radicaldesi for the photos.