Every act of sexual violence is nested within a much broader network of other social imbalances.

Instances of sexual violence cannot be isolated from the cultural context within which they occur. The prevalence of rape is a manifestation of a much larger social problem involving cultural norms, mindsets and attitudes toward gender. These mindsets and attitudes infiltrate every strata of society and lead to everyday incidents of gender-based discrimination. Often, such incidents tend to be ignored. The individuals perpetrating them can be unaware of the implications of their own actions, as most gender-based discrimination happens on a largely subconscious level.

The trivialization of gender-based discrimination leads to a culture of silence that strengthens existing discriminatory social systems. Daily occurrences – such as belittling boys for crying and expecting girls (but not boys) to learn cooking at a young age – can easily go unnoticed, because we think of gender roles as normal. Additionally, the fear of being stigmatized and ridiculed often keeps us from talking about our experiences. We are told to “not make a big deal and move on”. We remain silent because we think we are the only ones, or because we write off the problem as “trivial” and “not serious”.

Until we recognize the significance of seemingly “harmless” incidents and understand how they feed into the same imbalanced power structures that lead to rape, we will not be able to tackle India’s gender-based problem at its roots.

NCFW presents: Break The Silence is a campaign based on visuals created from anonymously submitted real-life stories of gender-based discrimination. No Country For Women (NCFW) asked you to share your experiences and make it known that it is not okay to continue sanctioning gender-based oppression. These visuals are meant to elicit conversation about what may otherwise get ignored or trivialized. 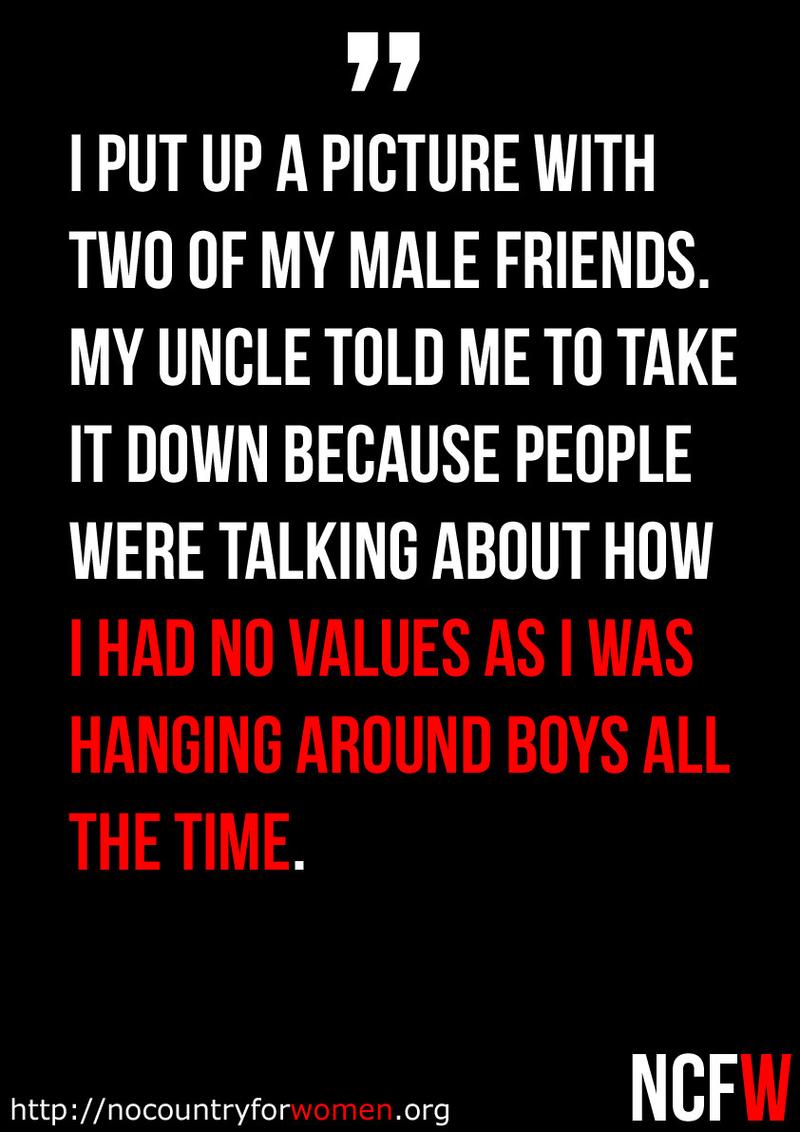 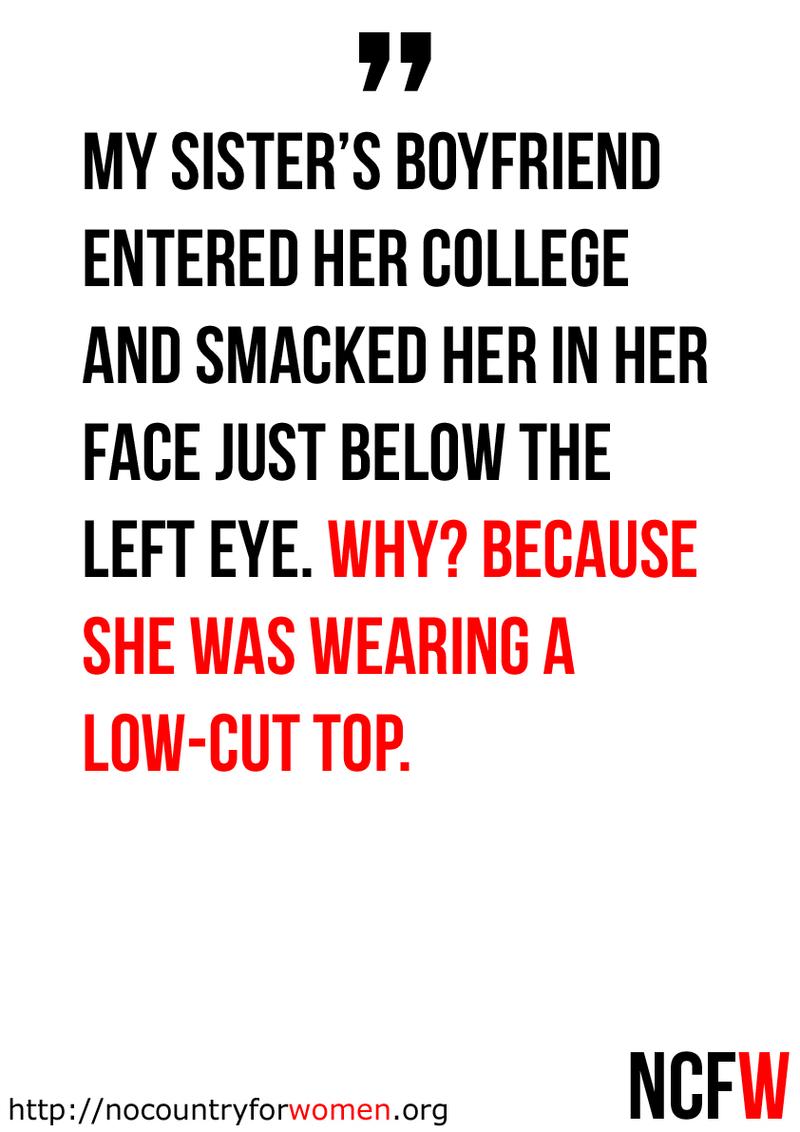 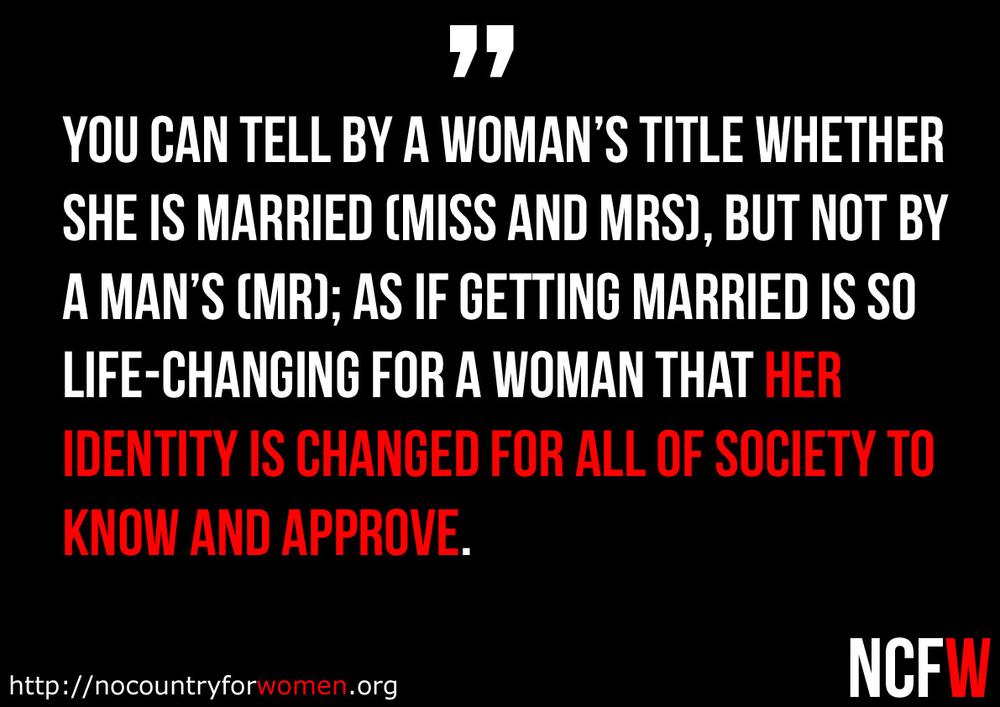 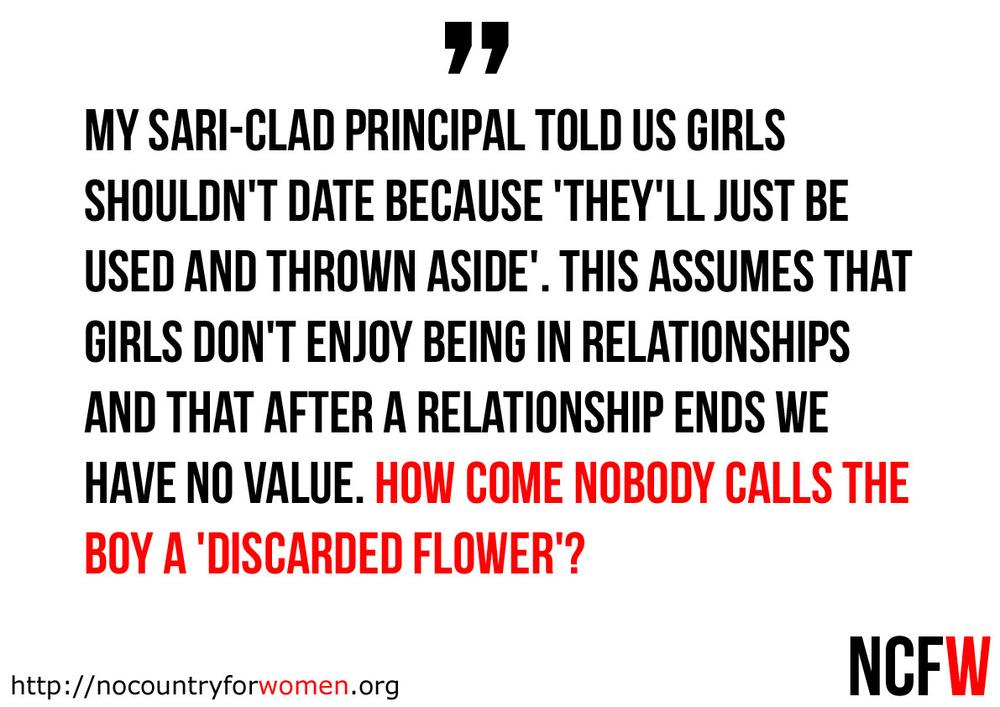 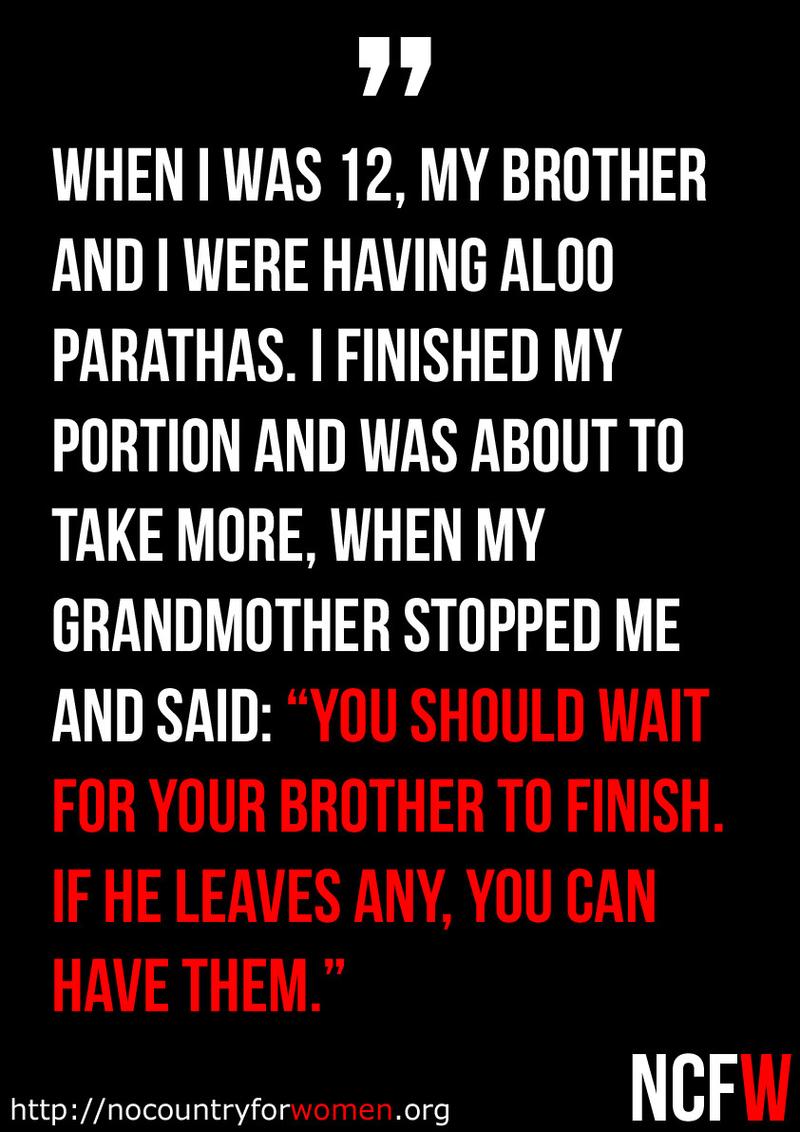 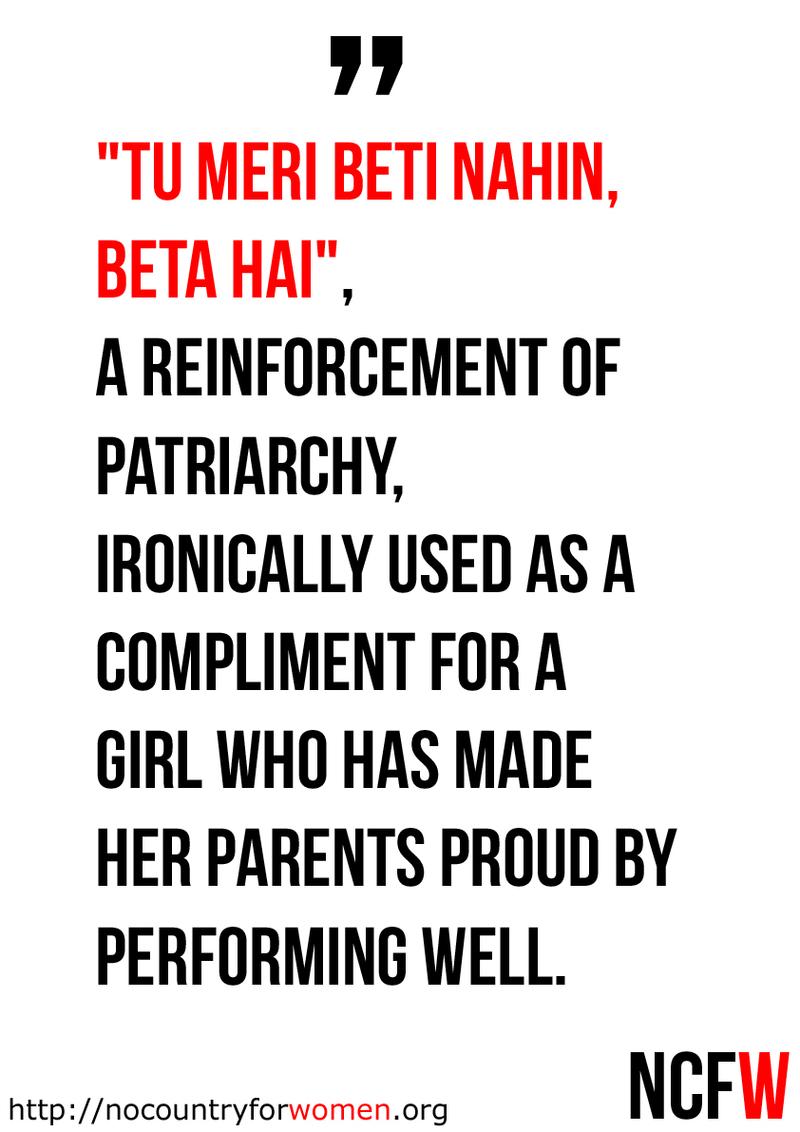 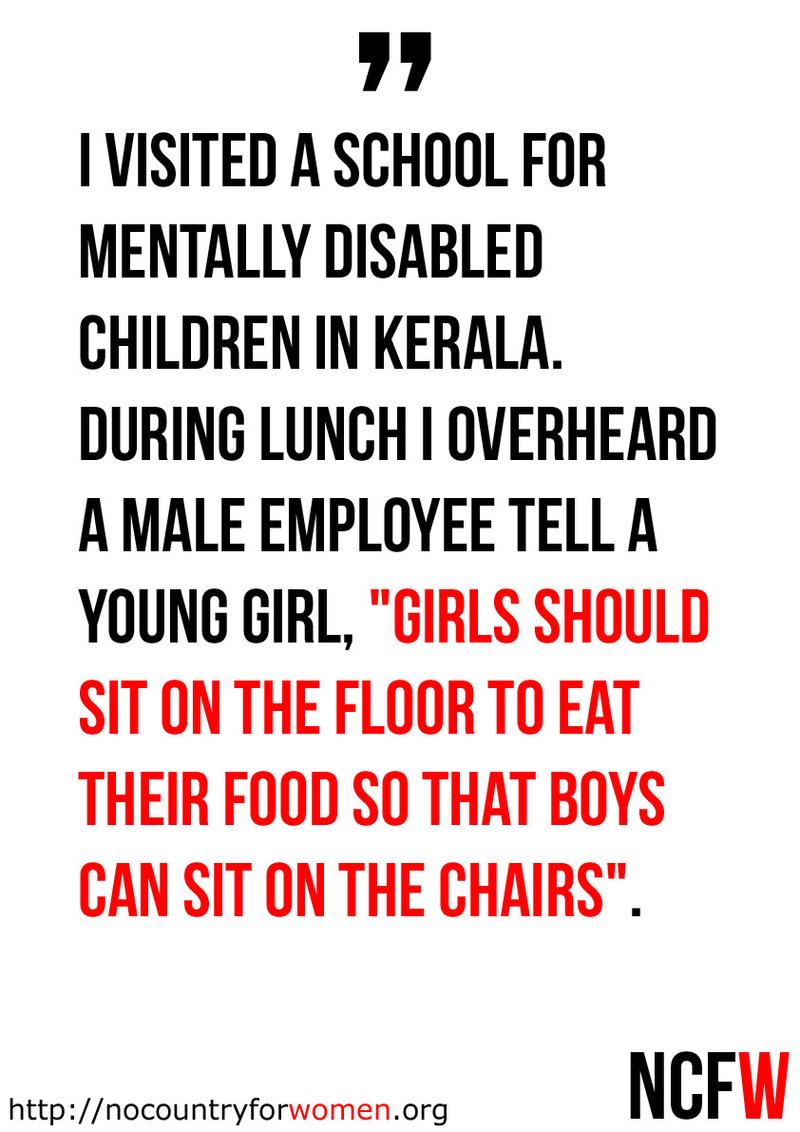 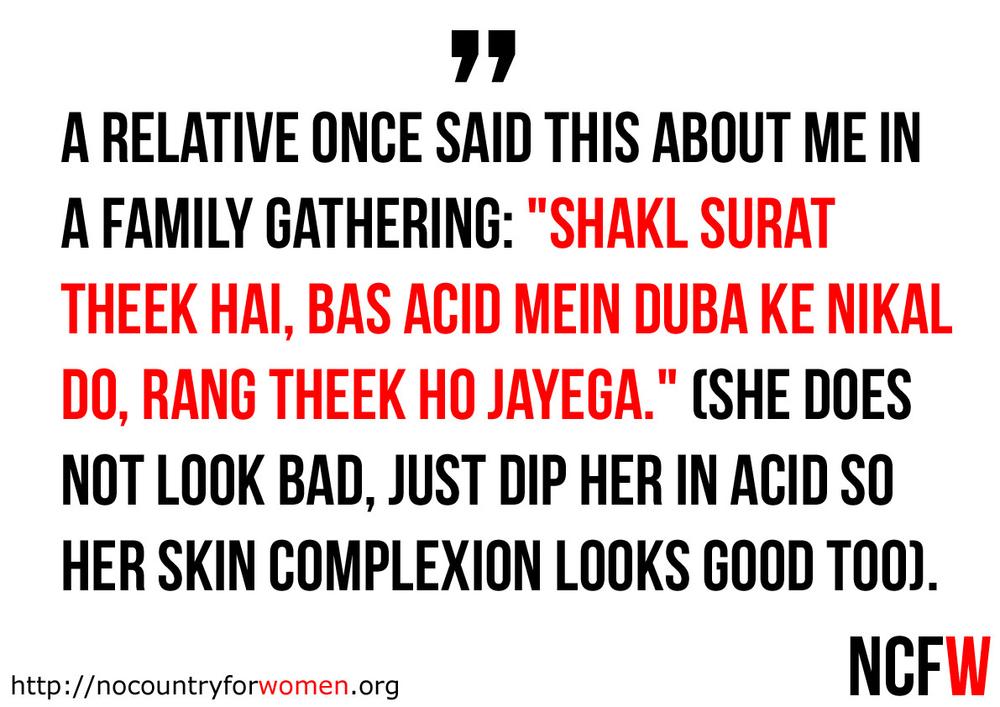 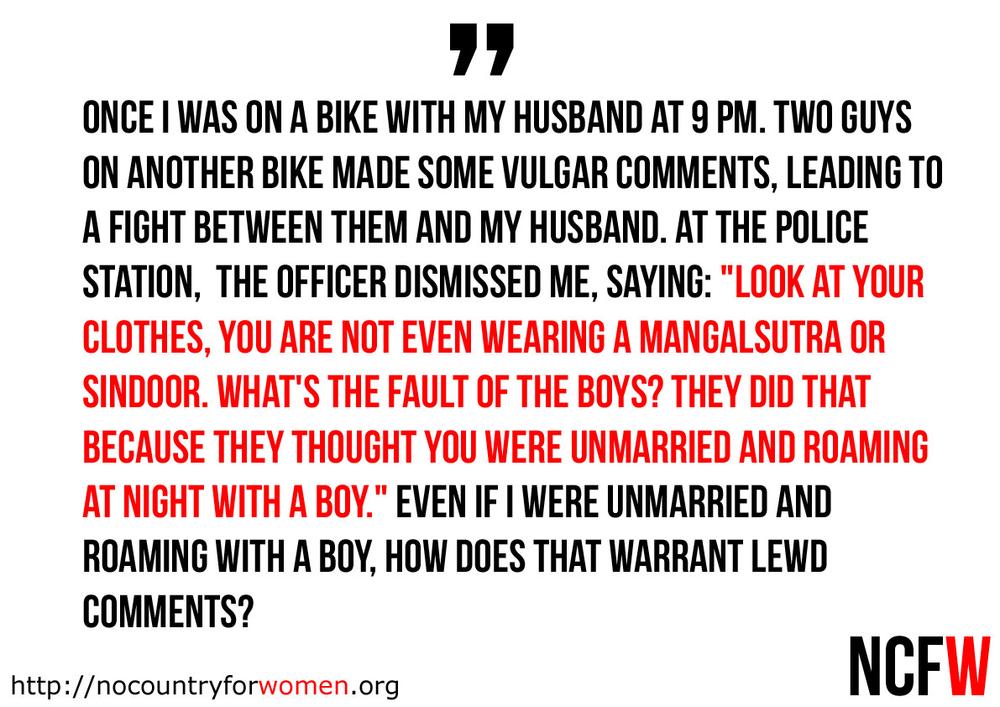 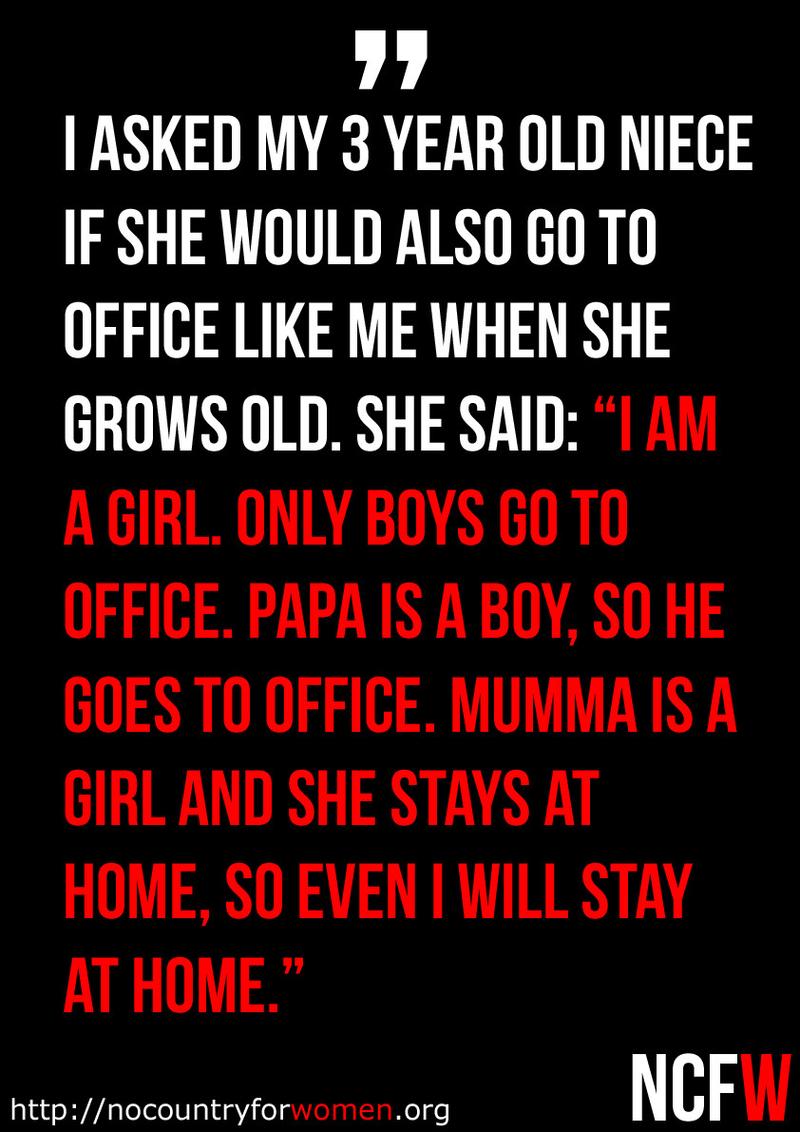 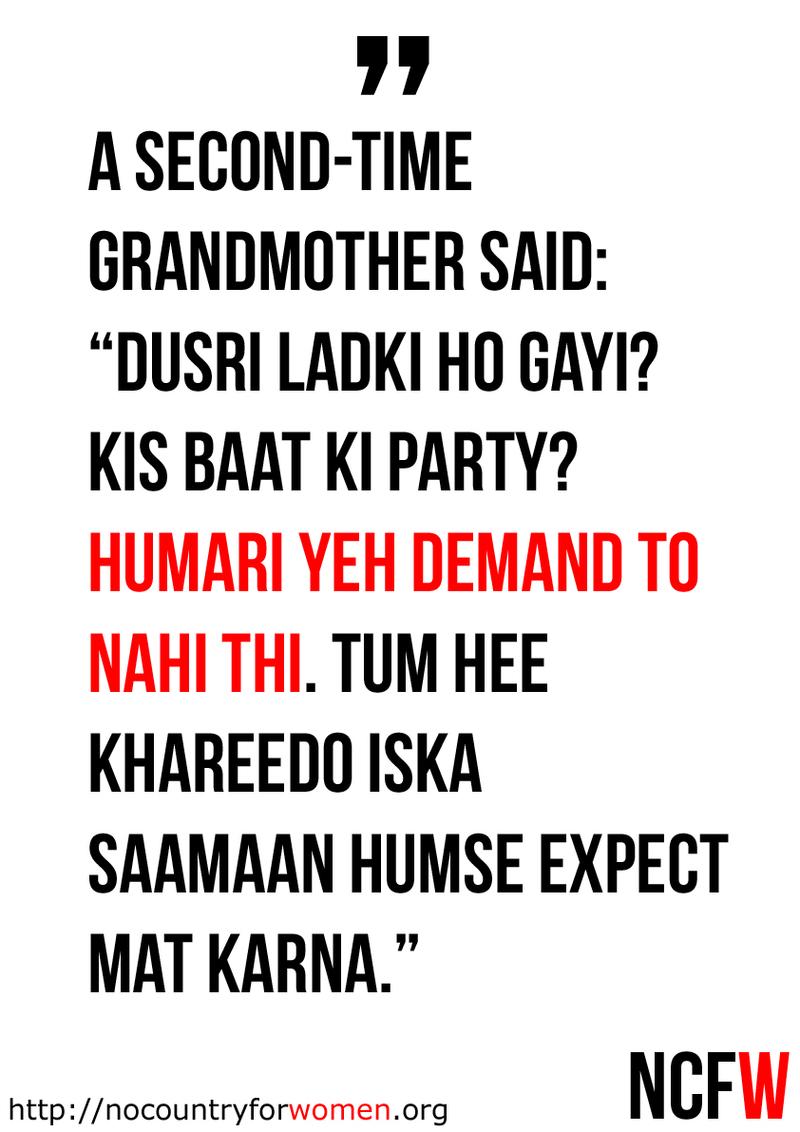 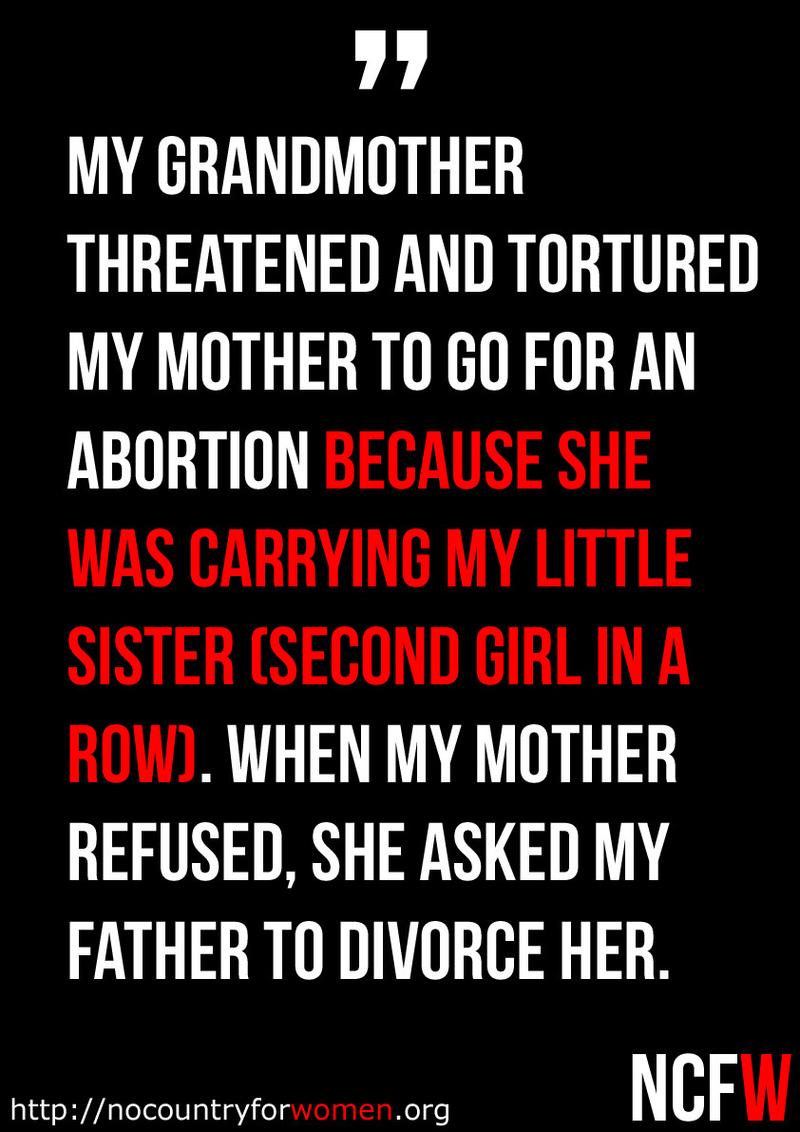 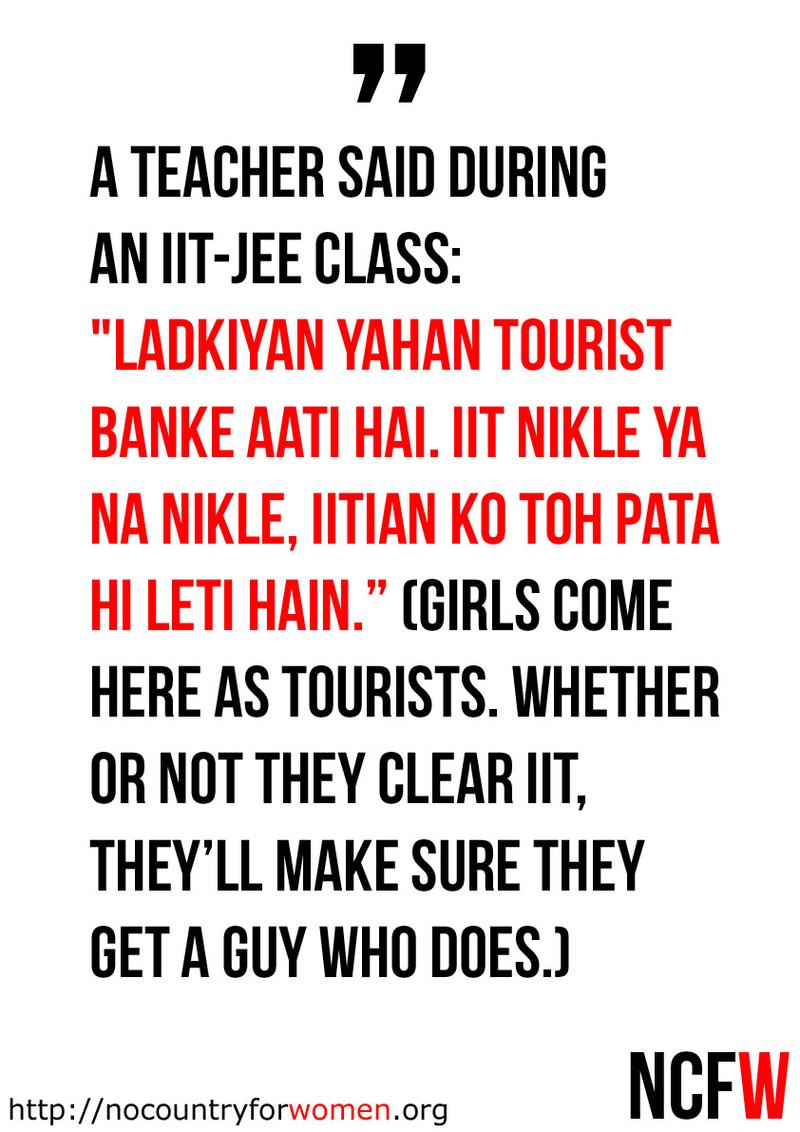 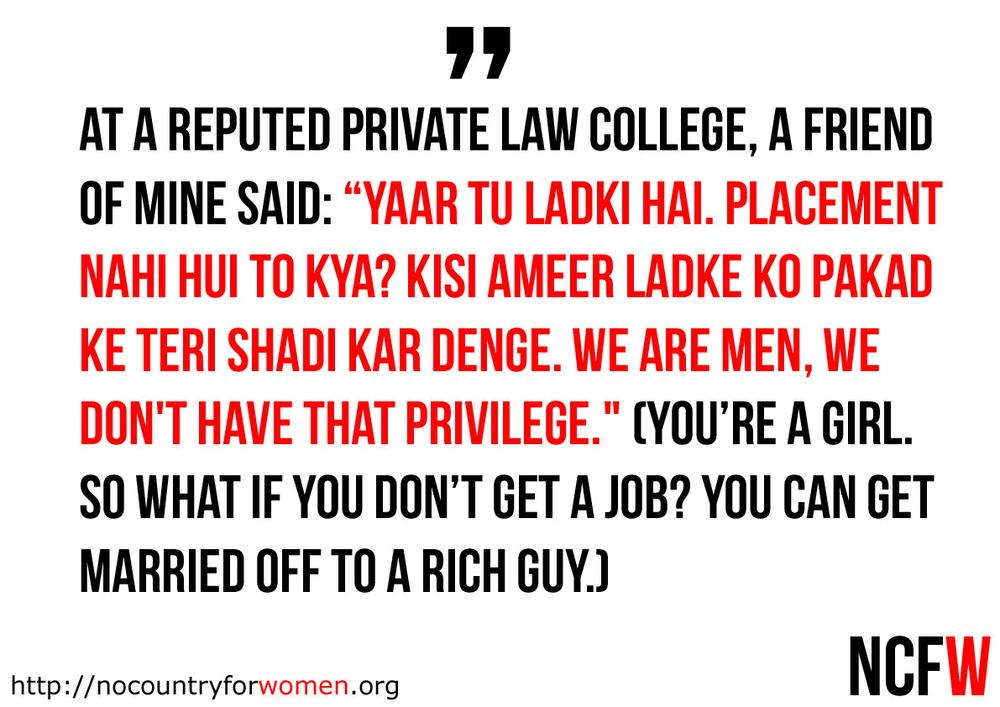 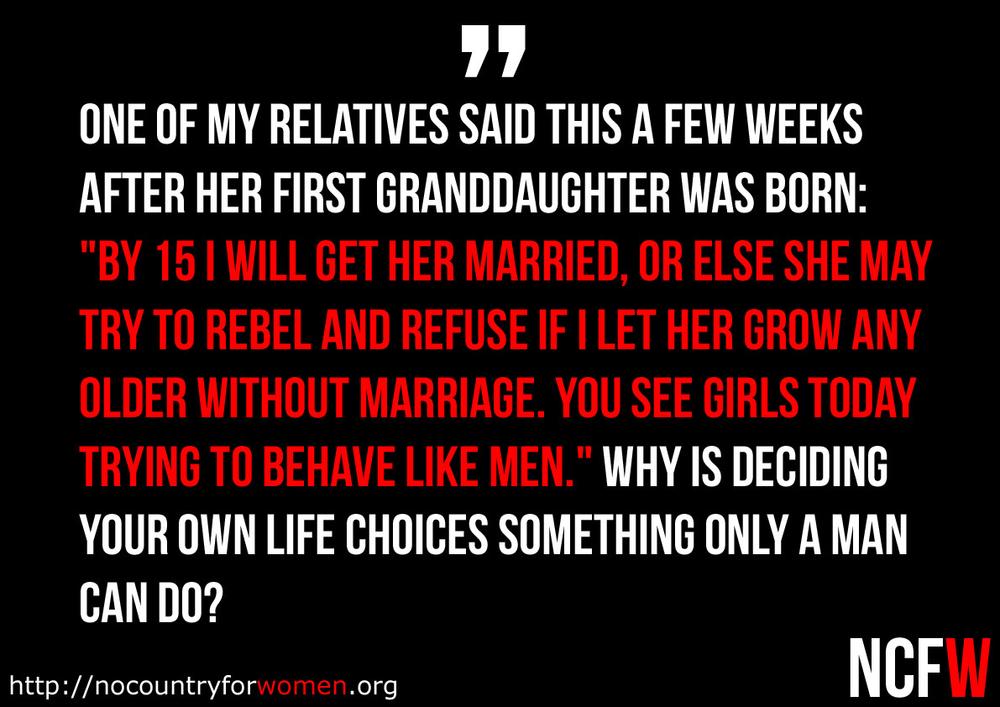 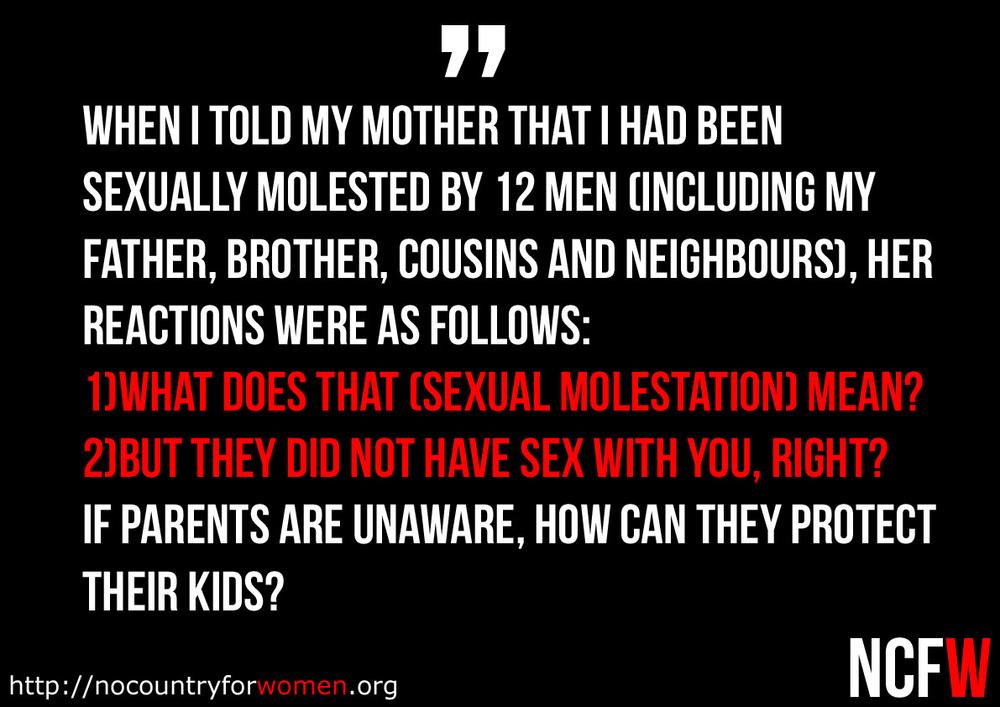 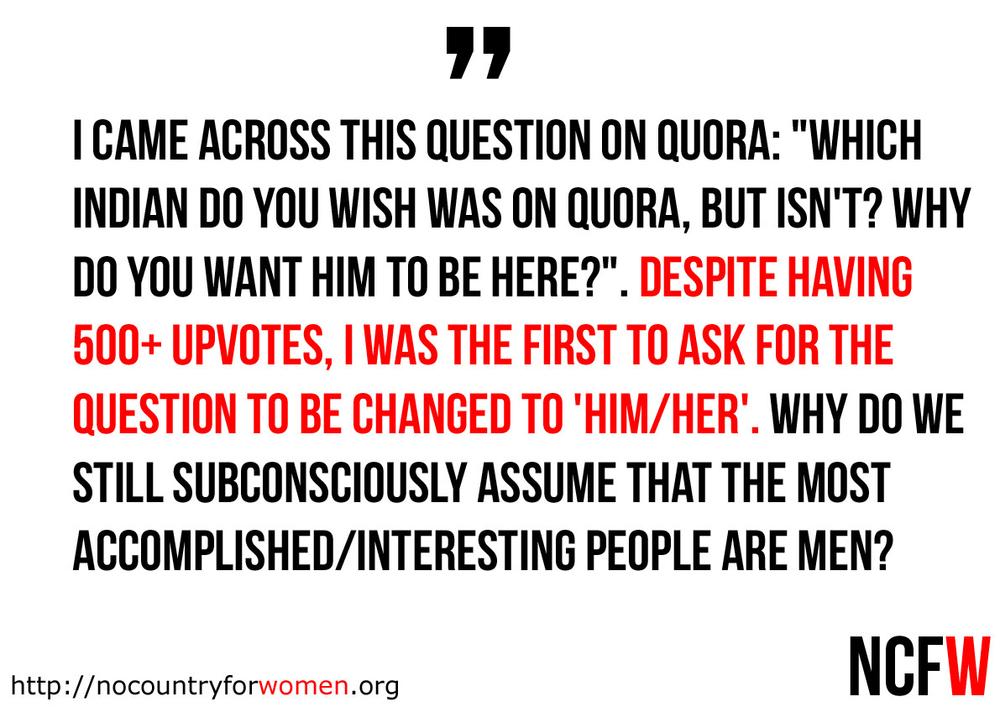 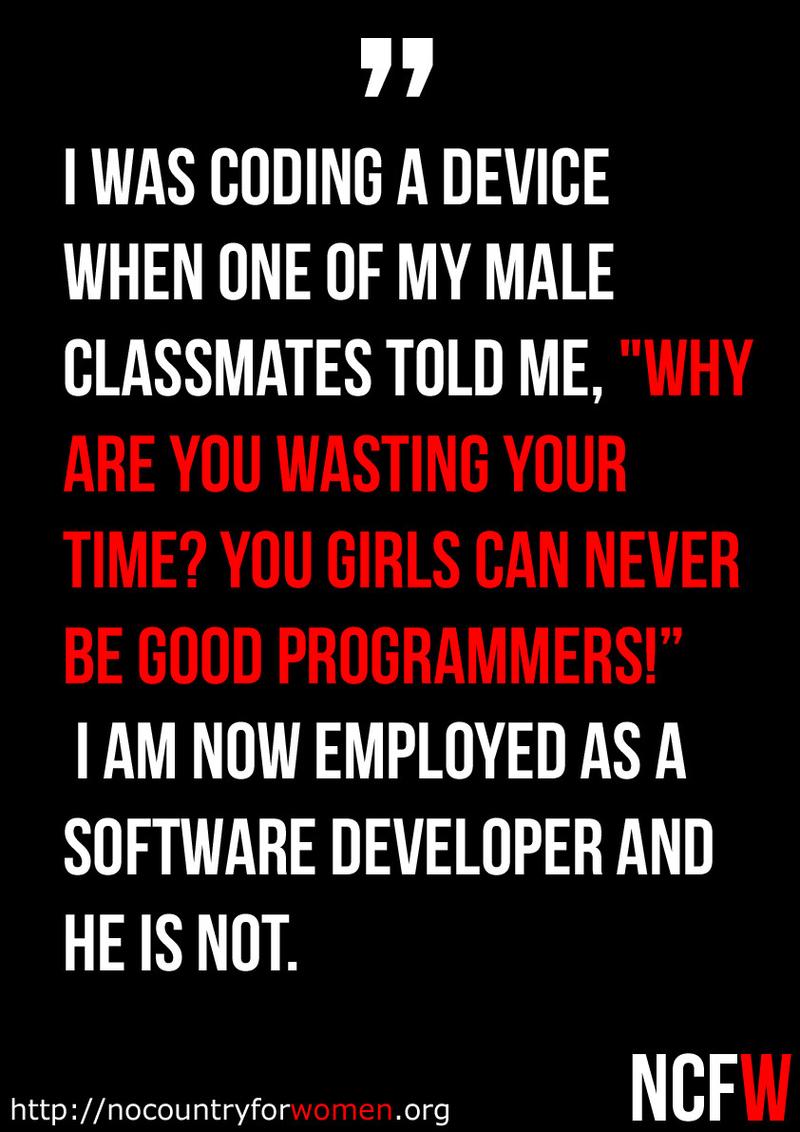 Email your submission to contact@nocountryforwomen.org with SUBMISSION as the subject.

Seven Reasons Why I Am Not Excited For The F.R.I.E.N.D.S Reunion

5 Reasons Why Men Don’t Talk About Their Mental Health