More Than 75 Adivasis Killed In Assam: Offensive Against Bodo Militants Is Not The Solution!

By Karthik Shankar in Politics

The endless cycle of violence in Assam continues. More than 75 Adivasis have been killed in Assam so far; women and children make up almost half the number. The Songbijit faction of the National Democratic Front of Bodoland (NDFB) are said to be behind the attacks. Counter attacks by Adivasi outfits have already begun. Just this May, another militant outfit Bodo Liberation Tiger (BLT) murdered 30 Bengali Muslims, most of them women and children. Clearly, the echoes of the 2012 Assam clashes between Bodos and Bengali Muslims which saw close to 80 people dead and almost half a million displaced, still reverberates in the state. 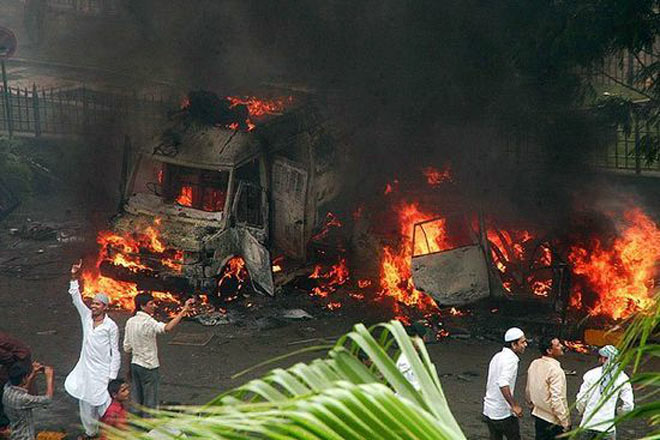 Assam has always seen a capricious balance between government stability and the varying demands from its heterogeneous mix of linguistic and ethnic groups. A cavalcade of state governments have exacerbated these ethnic conflicts by playing favourites and at any point of time, keeping one or more major groups out of the political process. The NDFB has been a consistent recipient of the former. Time and again, ‘deals’ are signed which broker a tenuous peace agreement between the state government and the NDFB. The militias are still allowed to stomp around, extort money from villages and stake control to the precious forest resources that belong to a multitude of tribal groups.

The brutal 1983 Nellie massacre is emblematic of the government turning a blind eye to inter-ethnic clashes in the state. It is one of the most notable instances of ethnic cleansing in India. More than two thousand Bengali Muslims were killed, led by the All Assam Students Union (AASU); a result of the government deciding to hold elections during a period where there was a marked increase in anti-immigrant sentiments. These Bengali Muslims were suspected to be Bangladeshi, a myth that is perpetuated even today in Assam by the Bodos, despite little evidence that it has continued even after the formation of Bangladesh.

At a time when Pakistan’s decision to stop differentiating between ‘good Taliban, bad Taliban’ made waves in the Indian media, it’s unconscionable that we would ignore such crimes in our own backyard. Not a single person got chargesheeted in the 1983 pogrom. In a country where the national discourse on the 1984 anti-Sikh riots continues till today, what does it say about us that such a similarly brutal ethnic cleansing is barely given any importance?
This is not to blame a particular ethnic group like the Bodos for the perpetual violence that continues in the region. The fact that Bodos feel marginalised in their state indicates a lot about the economic, political and demographic inequalities perpetuated by the Assam government in the name of governance. The village councils in half the Bodoland Territorial District Areas (BTDAs) are outside the purview of the Panchayati Raj system, which means people in these villages have no democratic power vested with them.

The solution for all this will not be easy. Rajnath Singh has said that a joint offensive will be launched against Bodo militants by the Army, police and paramilitary forces. This will not solve anything. What the state and centre government need to do first, is take culpability. They can’t claim to be mute bystanders to this ethnic polarisation that is taking place on our own soil. There is a peace solution that involves bringing all the parties to the negotiating table and not playing them off each other for political gains. 10,000 people have died in Assam over the past 30 years. Until we take constructive steps to sort out these complex issues, Assam will continue to burn.