A Stinking State Of Affairs: Anurag Kashyap’s ‘Ugly’ Will Leave You Shattered

Had Niccolò Machiavelli been alive today, he would have felt vindicated after watching Ugly. ‘Men are ungrateful, fickle, liars, and deceivers’ – Anurag Kashyap deserves to be anointed as ‘Prince’ for his uncompromising, unfettered look into the ugly side of human nature. It will leave you shattered – clutching for thoughts, words and vacant spaces to ponder over the nakedness of the spectacle that just unfolded. 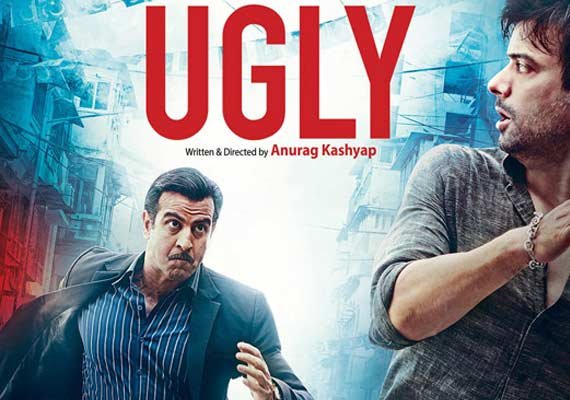 What happens when a 10 year old Kali goes missing? Do all the stakeholders – her parents, their extended friends, the police, the apparent abductors and the city, in a fitting manner, start adopting measures to bring her back home safely? Or is there something terribly rotten in intentions; in the evil cityscape which might derail the finding of innocent Kali altogether.

The police are led into a mire of red herrings and dead ends as they continue to search and torture the usual suspects for clues. Nowhere in the film are you sure of the motives of any of the characters, except you cringe at the hopelessness of the state they find themselves in – the depressed alcoholic housewife, Shalini, the stoical police officer, Shoumik, the ageing struggling actor, Rahul or the unscrupulous casting director, Chaitanya. The gloom, the desolation of souls, will haunt you and leave you jittery in the body.

Through continued police investigation and surveillance, the movie takes you through the filth and grime of Mumbai and child trafficking. There is Kashyap-esque comedy in tragedy too, through the police banter and the idiosyncratic humans that exit and enter the devastated landscape.

Watch it for its honest portrayal of the city – where effete deranged self serving sapiens are in a constant game of one-upmanship, where greed dictates all progress and development. It’s a stinking state of affairs and all the money and resources in the world will do no good for ‘true’ happiness and prosperity.