Is The Criticism Of A Religion Cause Enough To Be Hacked To Death?

By Susmita A. in GlobeScope, Society

So much blood, everywhere. It’s like the vivid red at the centre of our flag has seeped through to its four green corners representing what once was our lush land and liberated country.

News of Avijit Roy’s death has left me thoroughly dismayed. A Bangladeshi-born engineer, writer, secularist and expatriate – Roy’s identities resonate with so much of myself, that I feel a small part of my resolve to defend freedom of expression has died with him. My mind is forever imprinted with images of his injured wife, Rafida Ahmed, standing defenceless in blood soaked clothes as her husband’s mutilated body lies next to her. His crime? Being beautifully articulate, incredibly brave, a champion of reason and devoid of religiosity. 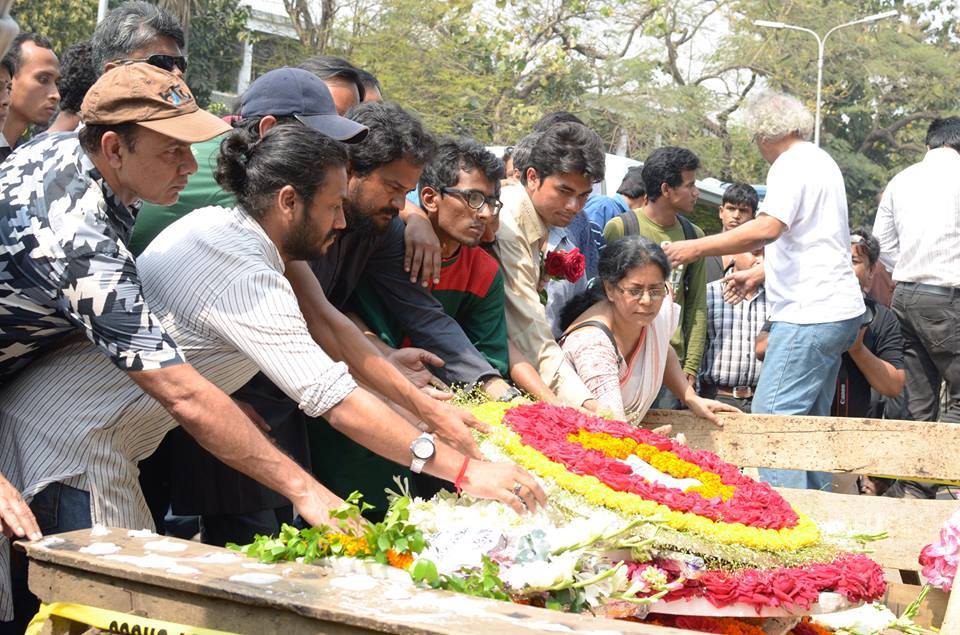 The UN Declaration of Human Rights, Article 18, states “Everyone has the right to freedom of thought, conscience and religion; this right includes freedom to change his religion or belief.” But this seemingly self-explanatory declaration is often a subject of intense controversy. Some believe that freedom of expression should be boundless, while others assume that any offensive expression should be strictly moderated, and even brutally punished.

The reason religion is often criticised is because it claims infallibility, and full control over our actions. We have all been gifted with the faculty of reasoning – and it seems only logical to utilise that ability to objectively analyse any ideology before accepting its premises. Roy’s work didn’t resort to the baseless smearing of Islam – but drew upon research and references, facts and figures to support his views. What extremists, and even some moderate Muslims, believed was an affront to their religion, should actually have encouraged them to study their faith. By simply dismissing any criticism of Islam as bigoted or Islamophobic, is irresponsible and uninformed.

What one finds personally “offensive” shouldn’t take precedence over a factual discourse. As a practitioner of Islam, the least one can do is read and understand the contents of its scriptures; acknowledge that its verses are tinged with a historical context not fully compatible with modern, egalitarian values and address this important issue!

Ali A. Rizvi, in his Huffington Post article, stated that rather than “cherry-picking” the better aspects of religion and ignoring the more questionable elements, a more constructive approach for all Muslims to take would involve “[being] honest about the parts [they] don’t like… [and] protect [their] people first instead of jumping to protect [their] beliefs, books or religion every time someone driven by them commits mass murder”. By exempting religion from discussion, we undermine the strength of intellectual dissent – which has allowed humanity to make significant strides against many discriminatory practices. Islam was founded in an era when empires were propagated by conquest, and it’s inexcusable to suggest that this reality never affected its teachings on war, infidels, prisoners, martyrdom, apostates, women, orphans and the treatment of minorities.

It’s within everyone’s right to evaluate whether a system of beliefs is working for the society, or if it can be easily misconstrued by extremists who inflict harm on others. And that is the beauty of freedom of expression. It allows for an equal and opposing dialogue: a cartoon for a cartoon, an essay for an essay, an article for an article. If you’re offended, you’re free to argue, but preventing another from doing so is a violation of a basic human right.

Bangladesh serves as a microcosm of the current divided world, where in order to preserve liberal and secularist values, the reigning political players are stifling the natural course of democracy, and ultimately embodying the authoritarian way of government they were trying to avoid. These approaches by the West, and by Awami League in Bangladesh, have been reactive rather than preventative. They use the cruelty of Islamists to demonstrate the superiority of their own values, while ignoring any faults of their own. In such politically charged environments, only innocents such as Avijit Roy pay the price.

There is no offense great enough to justify his heinous murder. The need to speak out has never been higher, or else we risk losing the peaceful existence we’re constantly striving for. If nobody questioned and debated their surroundings, there would be no religion in the first place – freedom of expression has been humankind’s way of progress since the birth of our species, and to undermine this right does a huge disservice to our continuous evolution.