What Is The Role Of Young People In The Fight For Gender Equality?

A deeper look at the global population brings out a striking image of the ever increasing gender disparities in the way societies treat young women and men. On one hand, women are still treated as subordinates in many parts of the world; they face multiple layers of discrimination; a range of interrelated challenges affect their leadership in economic, social, political, cultural and civil spheres; and those belonging to certain class and ethnicity also face compounded levels of discrimination. While on the other hand, their male peers are often seen enjoying better treatment, which further results in a higher status and an improved position in the society. This is not to say that men do not face any discrimination at all. They do, especially when it is related to ethnicity, class, sexual orientation, and disability. 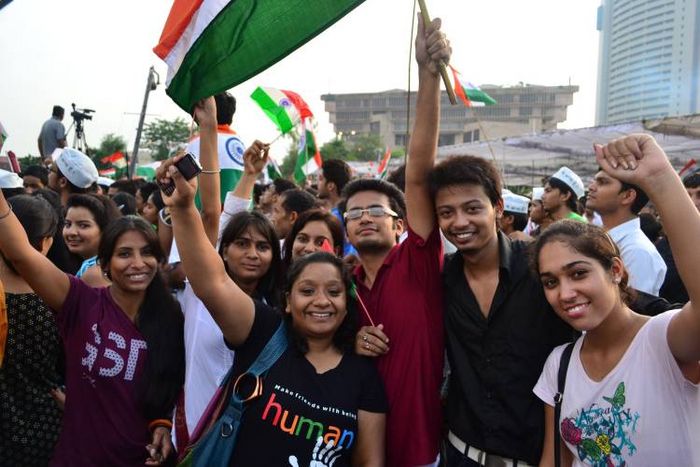 As we arrive at the close of the 59th session of the Commission on the Status of Women and continue with the Beijing+20 campaign, we must highlight the 12 critical areas of concern as mentioned in the Beijing Declaration and Platform for Action. At the same time, we are met with a crucial opportunity for the world to determine the next set of sustainable goals, reaffirm its commitments to the World Program of Action for Youth, as well as evaluate global programming in urban contexts with Habitat III. 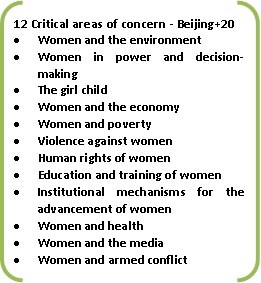 There should be serious discussions about engaging both women and men in the action towards obtaining gender equality. The approach must be four-pronged.

1. Increasing investment in adolescent girls’ and young women’s leadership across the board:

This is a very important step so as to assure that women are not only the leaders of tomorrow, but also the leaders of today. This will also mean that young women are able to assert their rights as laid out in the Convention on the Elimination of all Forms of Discrimination Against Women, and the broader human rights framework.

2. A serious conversation about the responsibility and accountability of young men and boys:

This needs to be emphasized upon. The role of young men and boys is not only important as actors in attaining gender equality, but also as partners in creating a world that is equal if we want to achieve the goal of planet 50-50 by the year 2030.

3. Discussion on youth and gender equality including all the sexes:

With young women, young men and all others, this discussion must break stereotypes and the silos that have been created through age-old systems of patriarchy and the hegemony of masculinities embedded in social institutions including the education system, organized religion, and political and financial systems.

There is a need to create a culture of continuous dialogue and mutual understanding amongst all generations through inter-generational partnerships. In this regard, children, adolescents, youth, adults, and elders can all become champions of gender equality today.

In conclusion, I call upon all youth-led organizations, youth-led initiatives, and supporters of youth movements to seriously engage in creating a planet that is truly 50-50 by the year 2030. Young women and men need to be on the frontlines of the fight for gender equality. 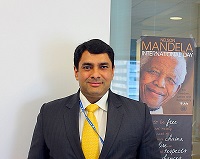 About the Author: Ravi Karkara is a trained Social Worker with commitment to advancing human rights, gender equality, inclusion and social justice. Ravi serves as the Global Advisor on Youth + Partnership with UN-HABITAT, based in New York. He is the lead author of the groundbreaking report “Youth 21: Building the Architecture of Youth Engagement in the UN System,” by UN-Habitat, which contributed to the creation of United Nations Secretary General’s Envoy on Youth. As Global Strategic Advisor to United Nations Millennium Campaign he was instrumental in getting over 5 million youth vote in the SG’s My World 2015 survey. Currently, he is the Strategic Adviser Partnership Beijing+20 to the Deputy Executive Director, UN Women.