Tourism Is More Than Just Fun, It Can Change Lives. Ask Shruti

By Anwesha Dhar in SBI Youth For India Fellowship

Imagine a perfect life – settled in Bangalore, well educated, working as a researcher in IISC. Now, imagine giving it all up to settle in rural Karnataka to work on a developmental program for the residents of an interior village. Sounds crazy, right? This is exactly what one girl did, and much more. Her name is Shruti, and she is an SBI Youth for India Fellow for the year 2014-15. 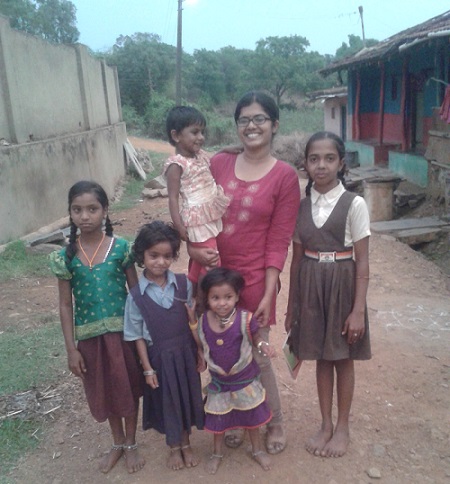 Unlike many, Shruti never cited highly altruistic reasons as her motivation behind giving up her well settled job in Bangalore to undertake projects for the benefit of locals in a small village. “I wanted to gain on ground experience and connect the project with my ongoing research”, says Shruti. However, she soon found out that reality is much different. On being selected as a Fellow and stationed in rural Karnataka, Shruti undertook a project dealing with tourism with a two pronged vision – one, to promote rural tourism, and other to encourage volunteer tourism. She says, “I have been trying to develop the idea of rural tourism for some time. People can have an as-real-as-it-gets experience of living in the rustic environs of Karnataka, find out more about the culture and imbibe the spirit prevailing in these areas.”

To help floor her project, a farmer has given some empty rooms in his farm to be used as rooms for tourists, making it as authentic as possible. Shruti believes that promoting rural tourism can serve not only the interests of the ones who are in dire need of a break from their otherwise monotonous city life, but also can help to bring the area under the radar of the very profitable industry of tourism, improving in turn, the economic condition of the villagers. For Shruti, however, improvement in conditions of living cannot just be sustained by an improving economy, but also needs to be supplemented with education. This is where her second idea – that of volunteer tourism – comes into the picture.

Says Shruti, “Volunteer tourism is an emerging trend in the country, where people visit a rural area, stay there and often volunteer to do community service, in this case, teach the local children.” She believes that with this two pronged approach, the development of the living conditions of the villagers will increase manifold. 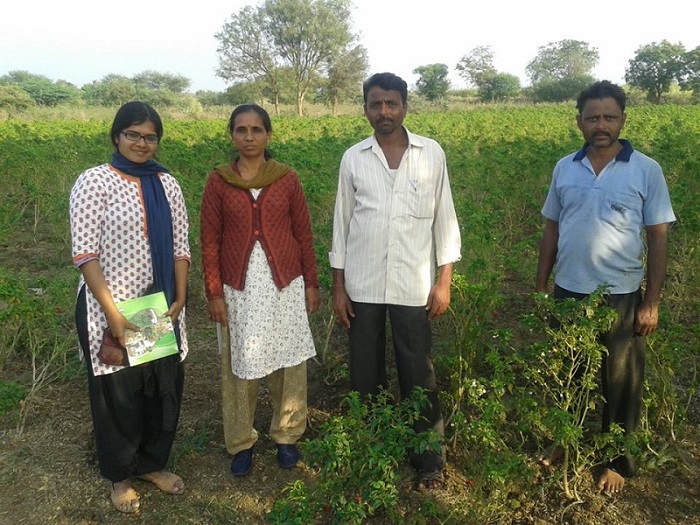 Right now, she is working in conjunction with an NGO which puts the tourists, especially foreigners, in touch with her. Yet to figure out a proper economic model to sustain this, Shruti has however already launched a website and has been working to promote the project. “The website is very amateurish though,” she says, “I wish we could have got more help to make it appear more professional.”

Shruti is not sure about how she will be able to sustain it after the tenure of her fellowship gets over. Driven by hope and determination, she says, “I still have eight months left. Something will work out.” She had to leave soon however for some work, but she left on a note that rung loudly in my ears long after she left, “I want to work, I want to develop, I want to sustain. But then, why should anyone not want to do any of these things?”

You can contact Shruti at shruti.suresh1988@gmail.com and read more about her journey here.

Find more information about SBI Youth for India and apply for the fellowship here.