In This Country Where Cricket Is A Religion, There Can Be Only One ‘God’- Sachin!

By Karthik Shankar in Culture-Vulture

It was Sharjah in 1999, just as the summer heat was starting. I was still in my early stages of working out the intricacies of cricket but there was one word that I responded to as enthusiastically as any tempered cricket lover – Sachin Tendulkar. So, when we went and met the entire cricket team in a hotel and got autographs from all of them (Ganguly even gave me a paternal pat on my head), my only disappointment was that we didn’t get to meet Sachin Tendulkar. He was a constant presence in my life. He was my cricket crazy dad’s one true messiah. One of my closest childhood friend bought one of the heaviest bats, which felt like Thor’s hammer, because of his love of Sachin’s batting techniques. 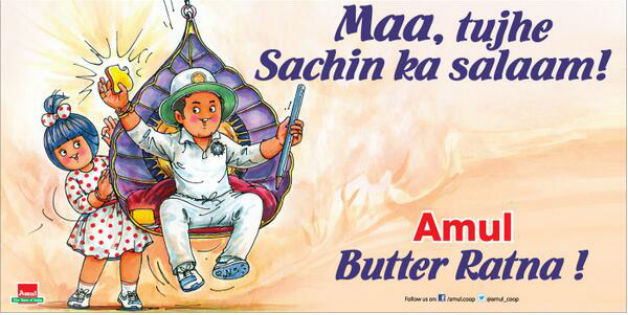 Sachin is inextricably linked to all our childhood memories. He was the constant ray of sunshine in an India that was going through tumultuous change. The player who went through ups and downs in his health but always came back swinging. The person who in a game with so many controversies had a squeaky clean reputation. When batsmen from other teams saved their choicest insults for their rivals, Sachin was the only one who earned bouquets instead of brickbats from greats like Andrew Flintoff and Brian Lara. He’s the person who united both young and old India because he represented the youth’s zeal and passion, and the integrity and hard work of our parents. There’s a reason why in this country where cricket is a religion, Sachin and no one else was anointed the God. And for someone who resurrected himself so many times after being considered obsolete, that is a fitting moniker.

So when he walked out on to the field at Wankhede Stadium amidst a sea of cheers in November 2013, almost everyone felt like they were witnessing the end of an era. Even someone like me who finds test cricket a chore to sit through, planted myself firmly on the sofa and watched the entire game. When he delivered his final speech, it felt like one of those indelible moments; one of those instances that could be called living history.

Even a year and a half after he retired from the sport, we can’t give up memories of the man who invested so much pride into that blue uniform. Sachin Tendulkar, you may have moved on, but the rest of us haven’t.