Campus Violence Against LGBTQ – DU Students To March In Protest

In December 2014, a DU student was bashed up and dumped off a car by some students of the same university. The case went unreported due to concerns related to protecting the victim’s identity. This was a clear case of homophobic violence as the language used was ‘gandwe, gaand marwaata hai‘ (expletives to refer to the victim’s sexuality), ‘aaj tujhe sabak sikhaayenge‘ (we will teach you a lesson today). Filing an FIR meant disclosure of identity. Neither the University administration nor individual colleges have any institutional support structures for LGBTQ students, where an incident like this could be reported. 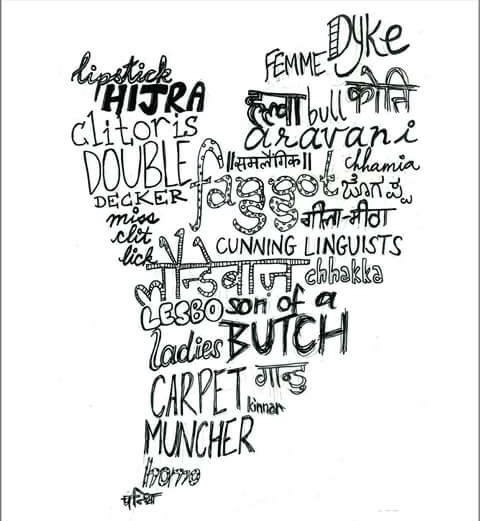 There have been several other instances where LGBTQ students have been subject to mockery, abuse and bullying because of their sexual or gender identities. Each time the cases go unreported because the University lacks primary grievance redressal mechanisms and the victims often do not wish to have their identities revealed. The absence of institutional support renders LGBTQ students vulnerable and paves the ground for campus violence.

Queer groups from DU, AUD, JNU, IIT-Delhi and others are coming together to resist the silencing of queer voices across campuses. The idea of the Zero Tolerance Campaign is to build inter-university alliances and push for institutional support for LGBTQ. Unlike JNU and AUD, DU having an open campus makes it difficult to reach out to individual colleges. The administration maintains a conspicuous indifference to LGBTQ issues. While the university had opened up admissions into its postgraduate courses for Transgender students last year, there is no institutional mechanism to address cases of violence – physical as well verbal – for gender non-conforming persons in the University. In terms of sexual harassment, Ordinance XV-D that was earlier in place and recognized a victim as ‘person‘ has now been replaced with The Sexual Harassment of Women at Workplace (Prevention, Prohibition and Redressal) Act, 2013 that identifies a victim as ‘woman‘, thereby keeping LGBTQ outside the domain of gender justice.

Through this protest, we want to send the message – loud and clear – that violence against LGBTQ students won’t be tolerated and the University must immediately come up with measures to address complaints regarding bullying and harassment of students who do not conform to normative ideas of gender or sexuality. Please join the protest march on Friday (24th April), 10:30 AM, outside Arts Faculty main gate (North Campus). We will also stage ‘Pehchan‘, a street play on LGBTQ identities by Asmita Theatre.