With Quantico, Will Priyanka Chopra Live The American TV Dream?

Indian origin actors in American TV series is not a new thing. Most of us know and adore Kunal Nayyar as Rajesh Koothrappali in The Big Bang Theory. 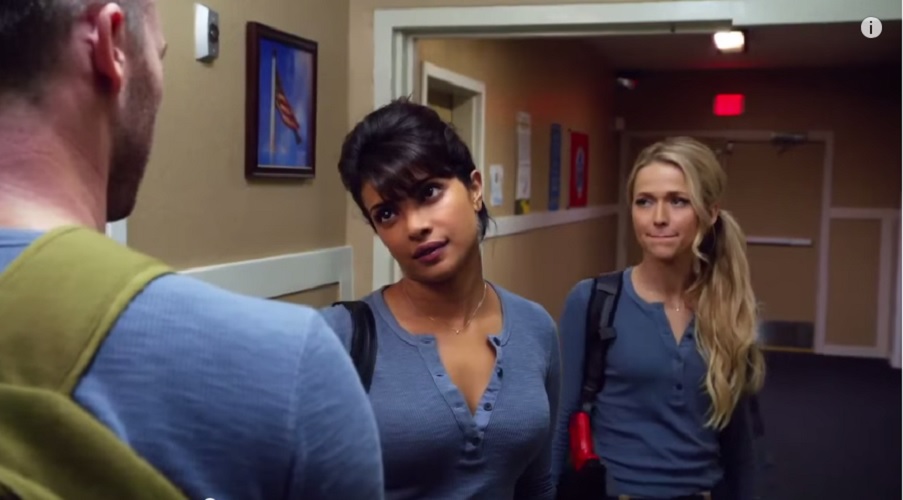 But for a mainstream Bollywood actor to star in their very own American series? Now that’s something else. So when I saw the trailer of ABC’s new crime thriller Quantico, with Priyanka Chopra playing the lead, a few exclamatory expletives were definitely used.

The trailer seems to have put together everything a quintessential American crime series has to offer. It brings back terrorism as the central plot which has proven to be a huge hit with the Emmy and Golden Globe award winning series ‘Homeland‘. It has a lead pair with a love-hate relationship like in ‘Castle‘ or ‘Bones‘, and a thrilling chase like ‘White Collar‘ or ‘Criminal Minds‘. What Quantico might bring in addition is the star power of Priyanka Chopra. The Internet has already gone crazy discussing the trailer, and the series will most likely garner a sizeable Indian following in the US and India for the opening season.

Priyanka Chopra seems to be playing the role of a kickass trainee at the FBI Academy in Quantico, and eventually gets embroiled in a major terrorism conspiracy. As far as I can see, she’s gone all American for this one (fake accent included).

But is it just me or does that opening bit of the Quantico trailer totally remind you of Meredith and Derek’s ‘meet cute’ in ‘Grey’s Anatomy‘? Is this ABC’s attempt to make up for the brutal murder of the Grey-McDreamy magic? (which I am still recovering from #BringBackMcDreamy)

The Western audiences have largely been welcoming of Indian origin actors in the past. Many of us have related on some level or the other with Mindy Kaling in ‘The Mindy Project‘, or have swooned over Hannah Simone as Cece Parekh in ‘New Girl‘. Bollywood actors too have had their share of American soaps. Nimrat Kaur, who played Ila opposite Irrfan Khan in ‘The Lunchbox‘, played the part of Pakistani ISI agent Tasneem Qureshi quite convincingly in the popular series ‘Homeland‘. And who can forget Anil Kapoor as Omar Hassan in ‘24‘?

Let’s see if the series, and Priyanka Chopra, manage to live up to the hype.
You must be logged in to comment.