By Maitri Dore in Staff Picks, The Drawing Room 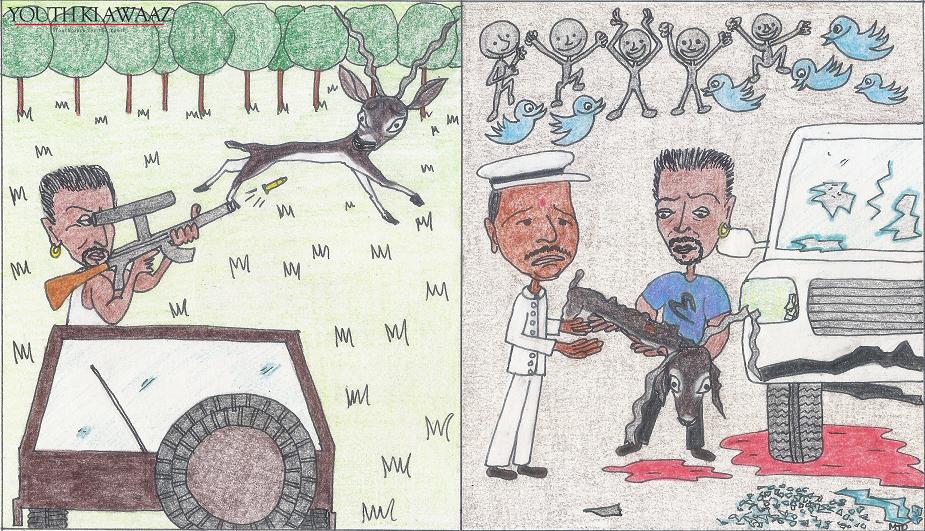 In 1998, actor Salman Khan was accused of poaching a black buck, the verdict on which is still awaited. Meanwhile, a few days ago, he was convicted in a different case – a hit-and-run accident, in which he killed one and injured four pavement dwellers, back in 2002. In a last desperate measure to save himself, Salman claimed that it was not him, but his driver, Ashok Singh who was behind the wheel. Sounds like he was passing the buck, right? Despite his dubious defence, sections of social media, particularly twitter erupted with support for the actor, lamenting his sentence.