But there’s another woman whose antics have not been getting as much press as Savita Bhabhi. Mrs. Velamma Lakshmi or Velamma, has been described as ‘a loving and innocent South Indian Aunty’. 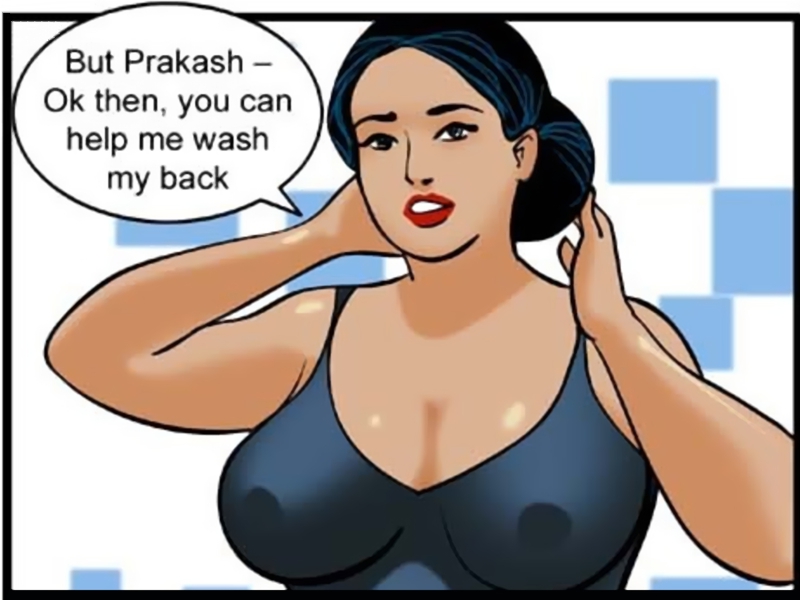 Deshmukh explains the differences between the two. “Savita Bhabhi is a character based in North India, a woman who finds the need to explore her sexuality and enjoy the moment. Trapped in a loveless marriage, she is always open to new sexual experiences. Velamma is more naive and it’s this naivety that leads her into sexual situations.”

Velamma is discovering her sexuality, so she is open to everything. She plays on the male fantasy of the ‘aunty’ character and is frequently shown having sex with much younger men. An extremely voluptuous woman, she is not afraid to play out her sexual fantasies, be it with women or with more than one man at a time.

The situations that Velamma finds herself in are usually of her own doing. There’s a submissiveness to her that is put down to naivety. She trusts people implicitly and doesn’t think twice before luring in the boy next door who is besotted with her or sleeping with another woman to satisfy her husband’s sexual fantasies. “Her innocence,” says Deshmukh, “sometimes makes her do things which might go a bit far.”

There are episodes in which she is forced to have sex despite not wanting to, where she sleeps with very young boys, and where her character slips off her sari for someone without bothering to check on the person. In a comic crossover, there’s an episode where Savita Bhabhi and Velamma’s husband do a wife swap but without letting their wives know. Isn’t this glamorising sex offences? Deshmukh is quick to defend these storylines. “We never support incest, underage or other forms of violent sex at any cost and we will never do that. All the characters with whom Velamma has sex are above 18 years,” says Deshmukh.

This article was originally published here on Love Matters.

Sex Education Can Prevent Another ‘BoisLockerRoom’