What India Must Do Before The Great Sea Necklace

By IndiaSpend in Business and Economy

With India’s road and rail infrastructure in most high-traffic areas running at full capacity, the government plans to raise Rs 1 lakh crore ($15.6 billion) to develop ports and improve inland waterways.

The Sagarmala (necklace) plan, as it is called, envisages a series of ports and coastal and inland-shipping routes that will not just move cargo but also reduce India’s carbon footprint and save energy. 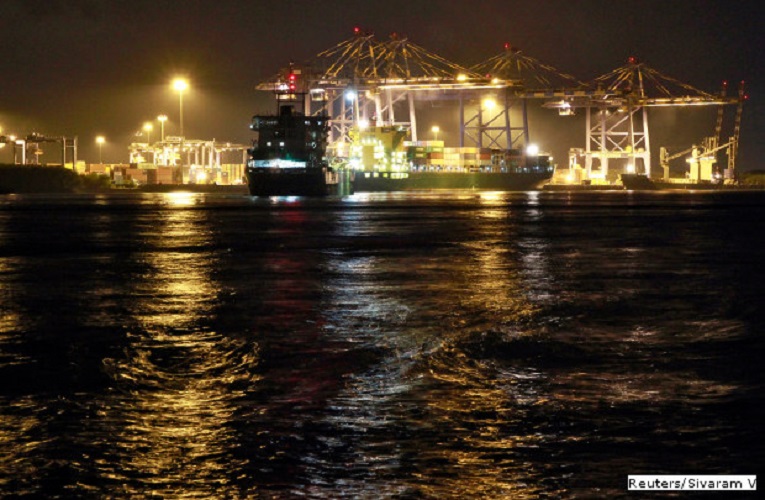 Coastal shipping is the cheapest and least polluting mode of transport, 63% cheaper than road and 38% cheaper than rail: Rs 0.55 per tonne-km versus Rs 0.90 for rail and over Rs 1.50 for road, according to the estimates by the erstwhile Planning Commission.

The project aims to develop ports and make them drivers of economic activity by linking them to road, rail, inland and coastal waterways.

Coastal shipping in India transports just 7% of domestic cargo. Compare that with 42% in Japan and 20% in China.

Another important drawback for coastal shipping is the slow turn-around time, the time a ship spends entering the port, loading, unloading, and departing.

Singapore port, recognised as one of the best in Asia and globally, turns around ships in less than 12 hours. In Hong Kong port, container ships are turned around within 10 hours.

A two-day wait for a coastal container ship increases costs in India by close to 10% for short voyages.

Ports start to get a leg up

Kandla with more than 87 MT in cargo traffic in 2013-14 was India’s busiest port. Its average turn-around time was 2.9 days (69.6 hours). Building ports as part of the Sagarmala plan will, clearly, not be enough.

This article was originally published on IndiaSpend. (Mallapur is a policy analyst with IndiaSpend.)