So If They’re Not ‘At War’, They Don’t Deserve Our Respect Mr. Parrikar?

By Shambhavi Saxena in Politics

The last major armed conflict involving the Republic of India was in 1999. Many of our readers are probably too young to remember the Kargil War, and perhaps only a generation or two of us made awkward crayon drawings for the soldiers at the front. Defence Minister Manohar Parrikar’s comment made on 14th June, 2015, during a conference on border security in Jaipur, linked the lack of war to diminishing national respect for the army, beautifully elongating this fifteen year period into half a century. Chronology aside, Parrikar clarified: “I don’t mean to say that we should go to war. I mean to say that without war the army’s importance has diminished.” 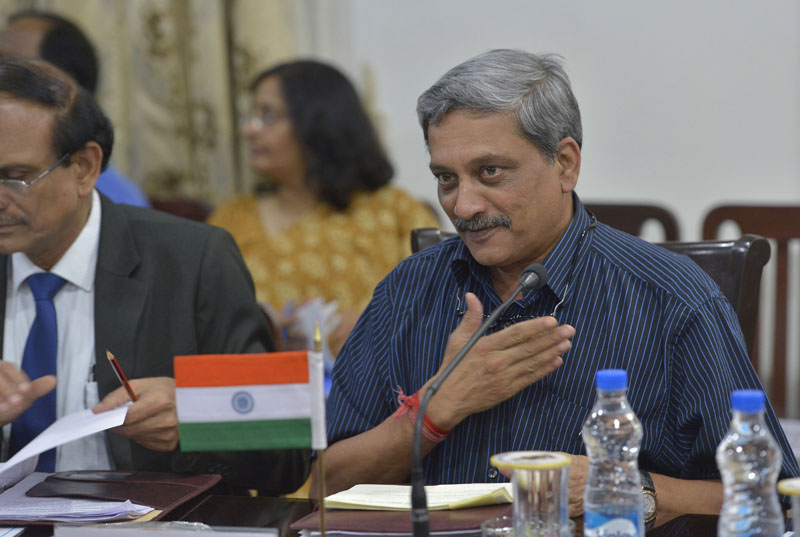 Expressing his concern for the 1,325,450 active and 1,155,000 reserve personnel, the Defence Minister added, “A country that fails to protect its army cannot progress.” This begs the question: what exactly is it that the army, the largest organization dedicated to protecting us, needs protecting from? According to the minister, it is disrepute.

As a profession, soldiers or army personnel are no more or no less deserving of respect for their contribution than any other working professional, be it doctors, teachers or Class IV workers. In this country we have a tendency to confer disproportionate respect on some professions over other, and if the Army has fallen in the eyes of Indian citizens, it certainly isn’t because of a lack of wars.

The Army’s most recent involvement in Manipur and Myanmar against North-Eastern insurgents, and Pakistan’s subsequent remark, has brought Indian military operations and anti-terrorist stance once again under public scrutiny, but there have been many steadily following its excesses for years. Indians are well aware of the human rights violations perpetrated under the AFSPA in Kashmir and the North Eastern states. As extra-judicial punishments and killings come to light, conscripted respect for the army is bound to be questioned. Even the army’s policy of euthanizing its service animals – including perfectly healthy and decorated dogs and horses – is outrageous.

Perhaps the unfavourable nature of many critically thinking Indians has rattled Parrikar, prompted his statements. Despite all these facts and the ‘dry spell’ (leave it to our government to be uncomfortable with peace time) our army continues to command respect, resources and revenue. It would be best for Parrikar to take a moment, gather himself and re-evaluate.