In Photos: What You Discard, Delhi’s ‘Medicine Baba’ Uses To Save The Lives Of The Poor

Note: This article was originally published on Down To Earth.

Omkar Nath Sharma, 77, is a walking medicine bank. The resident of Delhi is called “medicine baba” by many children. Sharma has made it his vocation to collect unused medicines and distribute them to the poor. 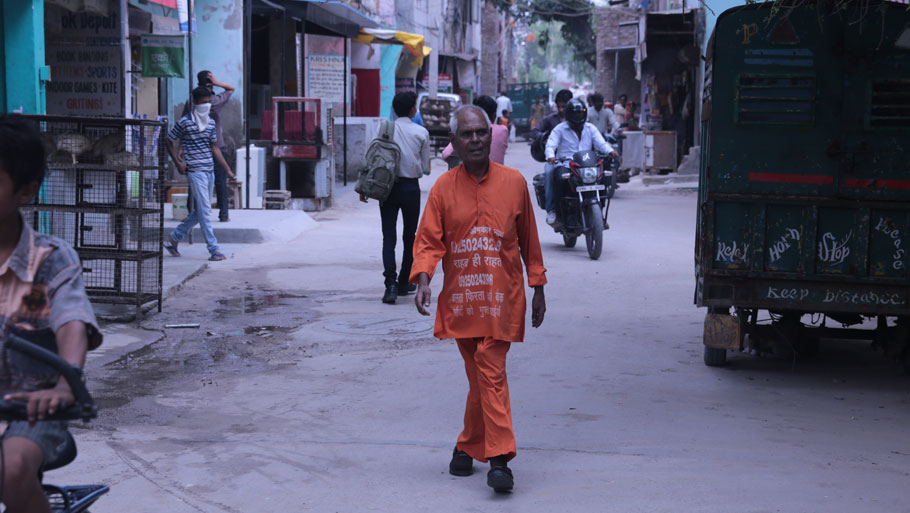 Dressed in an orange kurta, which has his mobile number and the words “medicine bank” printed on it, Sharma goes to many houses each day to collect medicines. Despite having difficulties in walking, he covers at least a few kilometres every day to collect the drugs. 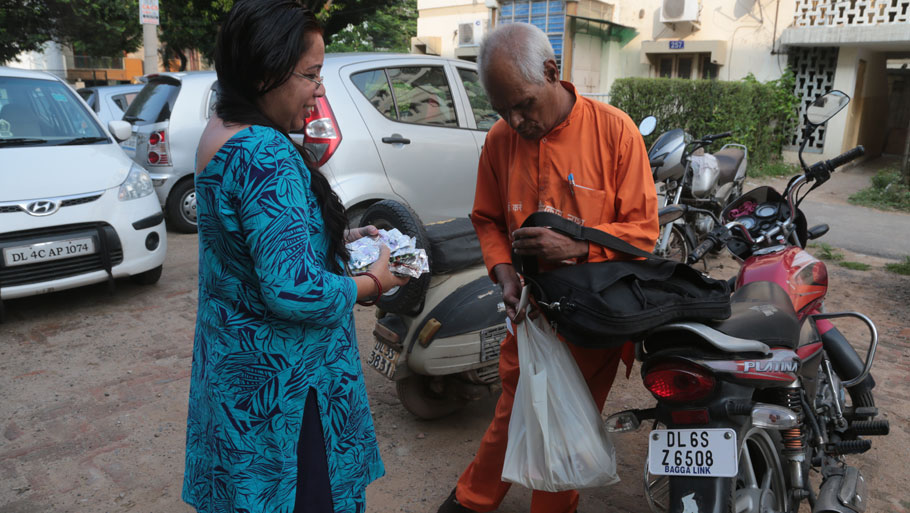 Medicine baba believes that talking to as many people as possible about medicine donation has helped him a lot. At times, he even gets cancer medicines worth thousands of rupees, which are out of the reach of the poor. 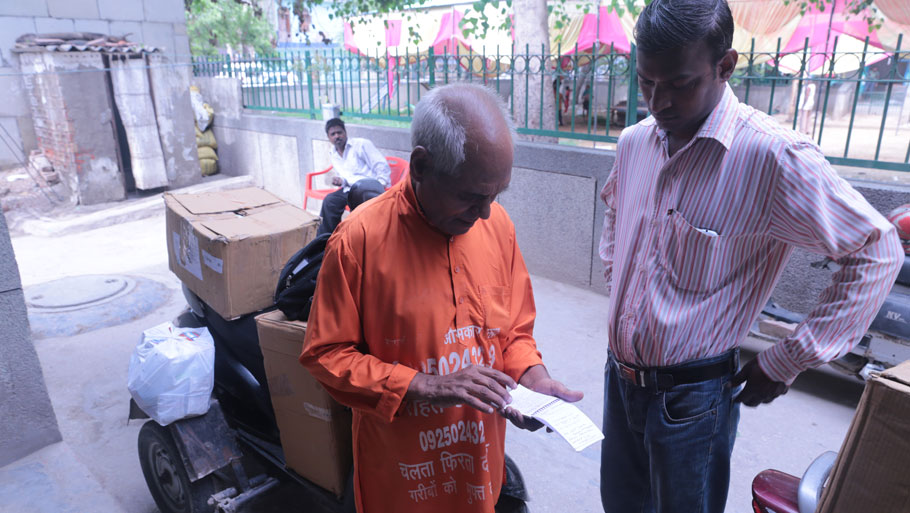 His motto is: Bachi dawaiyan daan main, naki kudedaan main (leftover medicines should be donated, not dumped in dustbin). 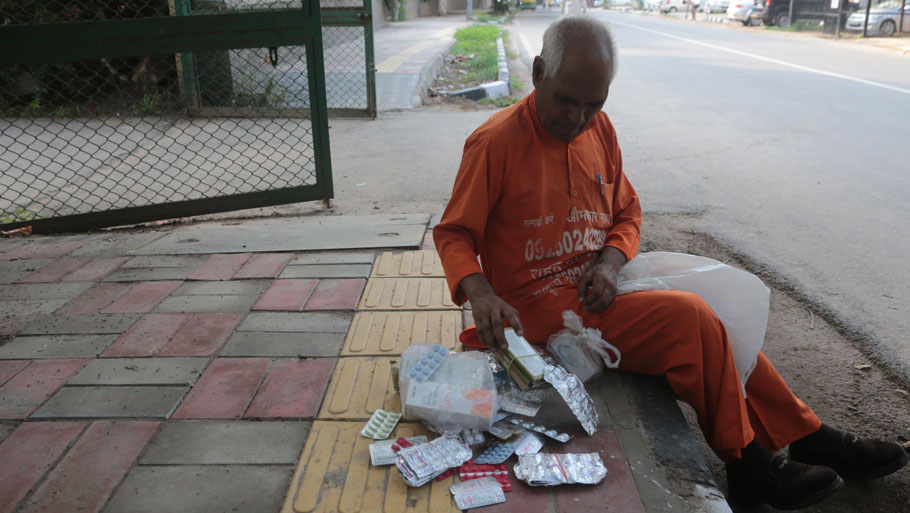 Medicine baba commutes by bus within Delhi. While he knocks at a few doors calling out for people to donate unused medicines, a few others telephone Sharma to inform him that they want to donate medicines. 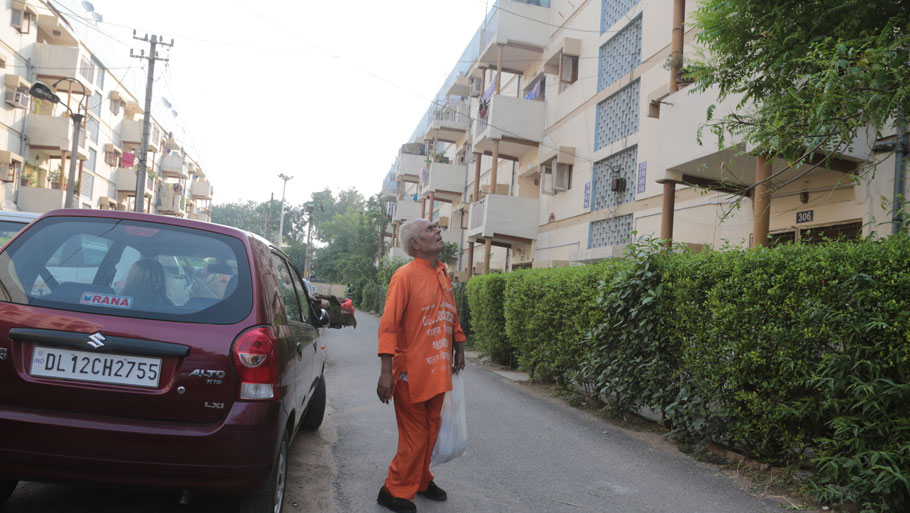 Sharma’s house—a two-room rented accommodation where he lives with his wife and son—has one room full of tall racks full of medicines. There is a refrigerator to store injectables, including human albumin, a bottle of which costs around Rs 4,000. 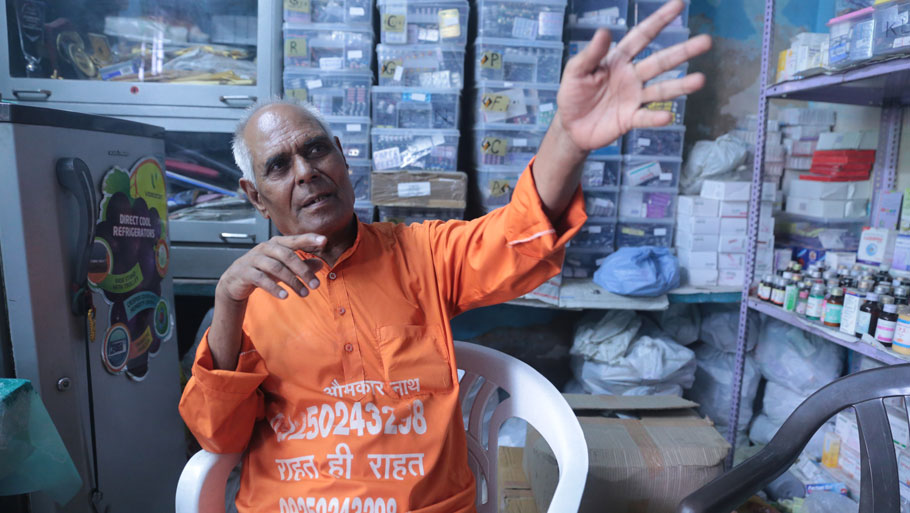 The most striking aspect of Sharma is his straightforwardness. “I see myself as a beggar and feel no shame in begging for medicines,” he says. 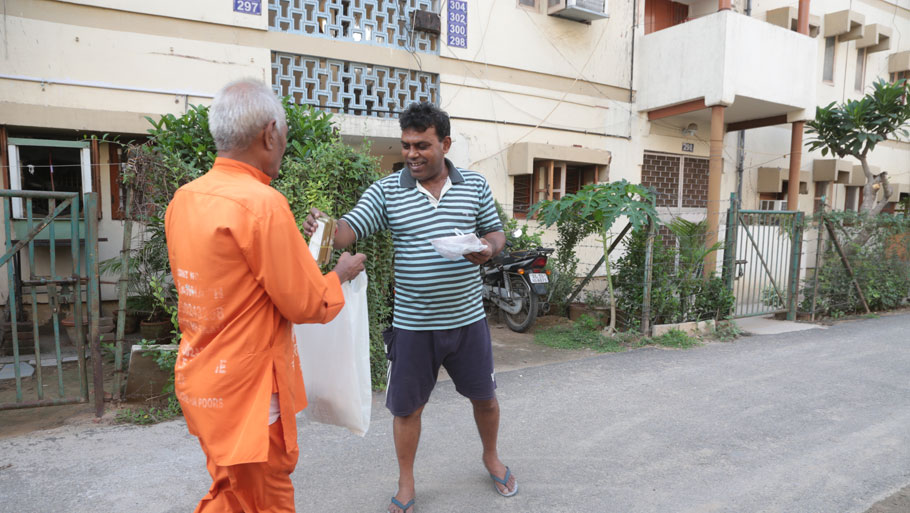 Sharma, who started the service in 2008, donates the medicines to charity hospitals to be given to the poor for free. He has been living on donations since the time he started this work and has a family who supports him in his efforts. 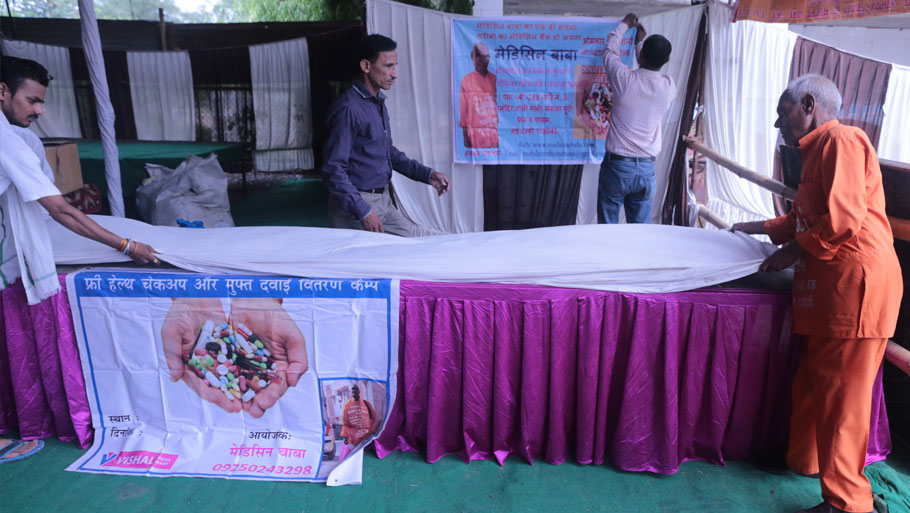 If you have unexpired, unopened medicines or injectables to donate, you may reach out to Omkar Nath Sharma at +91-9250243298. 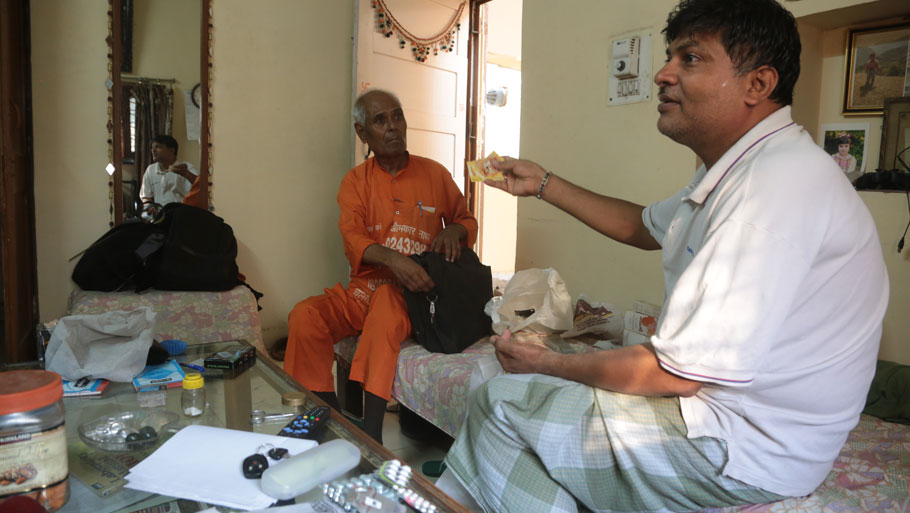