In the news right now, is St Stephen’s college of Delhi University where a PhD student in the chemistry department has alleged that she was sexually harassed by Assistant Prof. Satish Kumar, and has filed a FIR against him, under section 354 (assault or criminal force to woman with intent to outrage her modesty). The student has alleged that the inappropriate behaviour began back in May 2013, and that in October 2013 is when he assaulted her, when “He pulled (her) towards himself and touched her inappropriately”.  The student filed a report with the Internal Complaints Committee in February this year, and has also claimed that the principal of the college, Mr. Valson Thampu, discouraged her from filing a report. 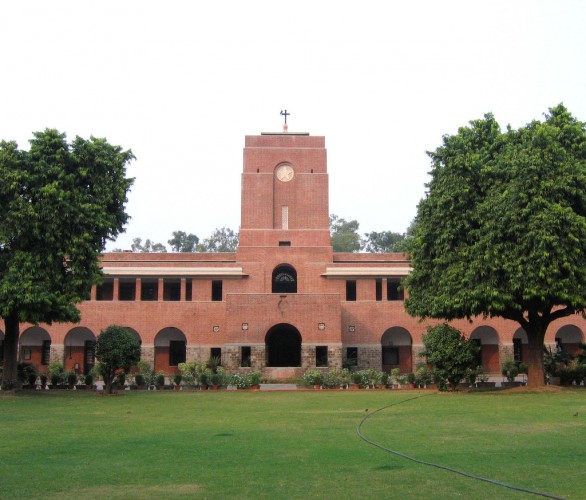 A TOI report says that St Stephen’s college’s media advisor, Karen Gabriel has since issued a statement saying that the sexual harassment complaint  “was duly and promptly forwarded by the principal to the ICC and an inquiry, following proper procedure, is underway. The said inquiry is nearing completion.”

While actual investigation will reveal the truth of the matter, this is yet another example of mishandling of a sexual harassment complaint by the concerned authorities. And for this to have happened at an educational institution, where students are expected to have safe refuge is just deplorable. While violence against women has everyone up in arms defending their rights, when it comes to actual action little is done to actually bring them justice. This case has come to light even while the mishandling of a sexual harassment complaint by an employee (now ex) working at NGO Greenpeace is raising eyebrows all over the world.  How colleges and organisations deal with such complaints when they first come to light reflects on their stance on the matter. That the student in this case struggled to file her complaint suggests poor response on the part of the college.

Post-Second Wave, Domestic Workers At Higher Risk Of Sexual Harassment At Work Than Ever