Actor Fights Back: How Vishakha Singh Took Down A Troll

By Kanika Katyal in Media

You must have seen Vishakha Singh trending on your Facebook homepage by now.

Actor Vishakha Singh, of ‘Fukrey’ fame, posted a picture on her Facebook profile recently. Some repressed individuals, who are fondly clubbed under the title ‘Internet trolls’ went about their regular business of posting lewd comments on her picture. What they did not know was that they were messing with the wrong person.

This is how the story unfolded: 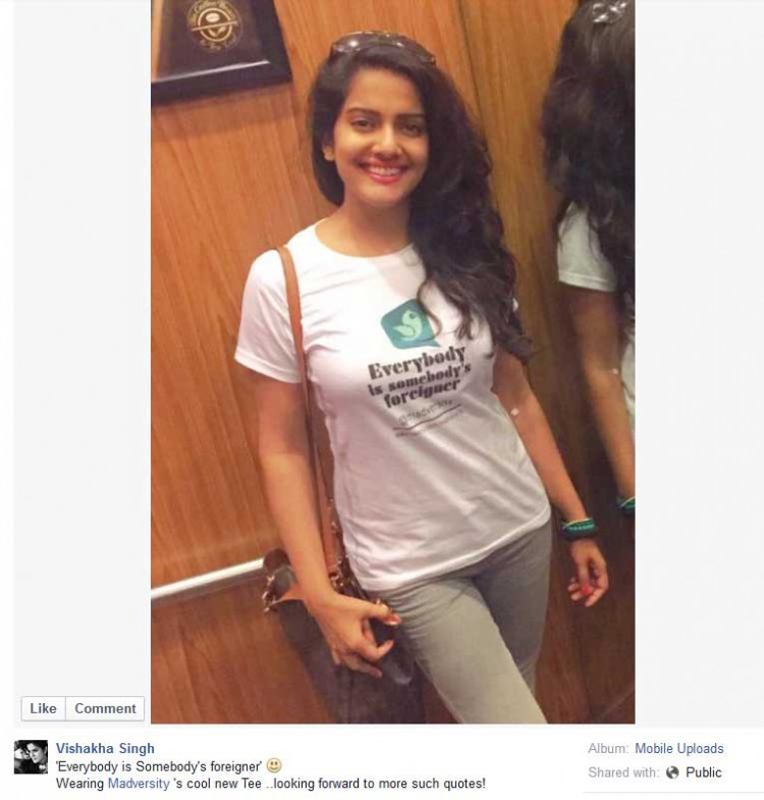 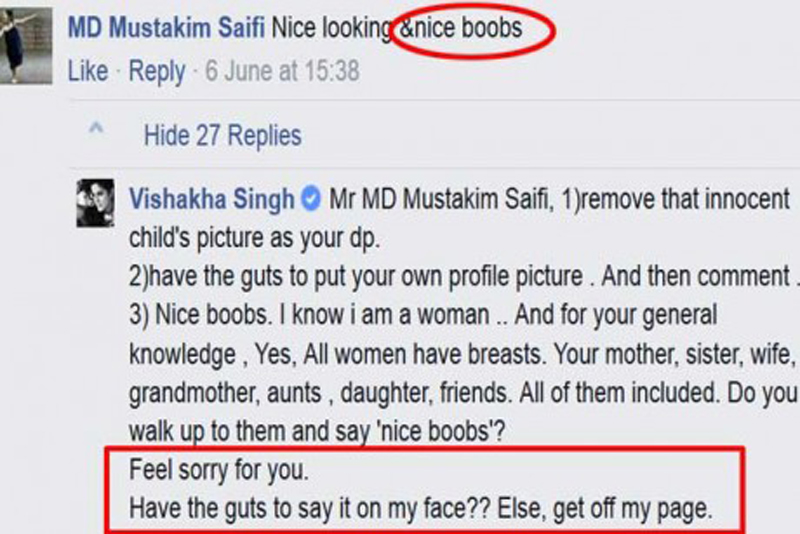 Vishakha has taken down the picture since, saying, “Deleted the post that went viral. Not afraid of anyone but simply tired of unwanted negativity. A big thanks to all those who supported.”

It is impressive that Vishakha for stood up to Internet trolls, because not replying to them or ignoring their comments would in a way imply that those were ‘normal’ reactions that men make, and thus end up empowering them. The message needs to be made loud and clear that no kind of misogyny or bullying or harassment is acceptable. It is never okay. Any comment that is made on a woman’s anatomy is not to be slighted. Such comments are not to be viewed in vacuum, but in fact serve as charged microcosm of the larger struggle against patriarchy. One obscene comment carries with it years of regressive conditioning.

Her bold act must be seen as a warning for all men who think they can get away with passing indecent comments on women, because you know what, we won’t take it. And will give it back!

However, one does feel that using the reference to ‘your mother and sister’ is a little problematic. There is no such thing as ‘our women’ and ‘their women’. Creating such binaries, has for long remained a patriarchal strategy to divide and confine women in the ‘angel-whore’ category. This is a trap one needs to be very careful about. We not only need to strengthen solidarity among women, and but also work towards building a stronger and progressive community for everyone.

There is a need to learn to recognise all individuals as equal and treat them with the dignity they deserve. Respect needs to be given freely to be received.