Love It Or Hate It, Don’t You Dare Ignore It: 101 Years Of The Traffic Signal

On August 5, 1914, the first traffic signal was installed at Cleveland, Ohio, as a basic red and green pair of lights, with policemen standing dangerously close to extremely slow moving vehicles. As time went by, roads got bigger, the number of cars increased exponentially, and signals started getting more annoying. 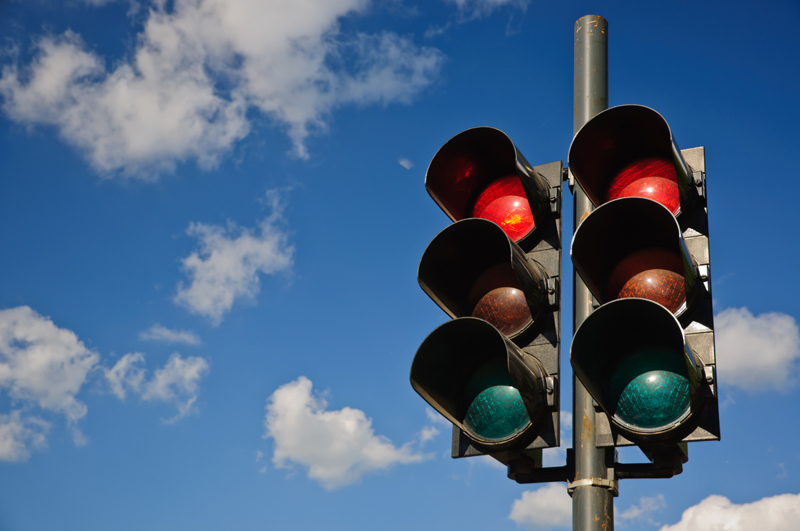 It’s a strange relationship that urban citizens share with traffic signals. We hate it when they turn red and sometimes, one wonders the need for them when we could have flyovers bypassing each intersection. But the point remains, that its sanctity is to be respected at ALL costs. While we have become really good at disrespecting that sanctity, statistics are here to show why that’s a bad idea.

Congestion in cities has invariably caused frustration, leading to a good proportion of vehicle users behaving in a manner that is contrary to the very point of having such a signal. According to Delhi Police, most accidents are caused due to jumping red lights, which mainly takes place late at night or early morning. Until May 2013, 3,29,000 people were booked for jumping a red light in Delhi alone, while 650 deaths were reported during the same period.
It may have seemed like a simple experiment to begin with, at the start of WWI, during a time when the extent of the automobile boom witnessed last century could not have been envisaged. But here we are, exactly 101 years later, witnessing the beauty of primary colours, red and green, shuffling to and fro every sixty-seconds or so, with yellow showing up intermittently.

On this important day, we must realize that their invention has been an indispensable asset. The colour red does not refer to death or blood, it refers to life, which can be safe only by respecting the humble traffic signal.

About the author: Ravitej Prasad is a Policy and Research Associate at SaveLIFE Foundation.