71 Reasons To Be Proud Of India This 71st Republic Day

“What makes a nation, is the past, what justifies one nation against others is the past,” said the noted historian Eric Hobsbawm.

Hence, when talking of a nation, it becomes absolutely imperative that the past should also be talked about. And the past of India is fascinating and interesting as it is momentous. 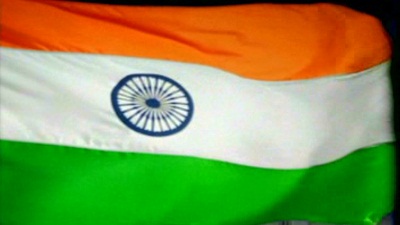 After the entire nation observes and (hopefully) celebrates the 71st year of the Indian Republic, many of us have perhaps forgotten about the importance of the day.

The only thing that remains in our mind now, is the break from the regular work we had. Ironically, Valentine’s Day, New Year’s day, etc. make us feel ecstatic and festive, but Republic Day and other national days do not throw us into a similar festive frenzy. The reason being, there is no business opportunity or glamour associated with our national festivals.

We urge the youth to look at all that India, as a nation, has achieved; be proud and determined to take her to new heights.

As a tribute to our nation, we present 71 facts about our country that we should be proud of. So here it goes:

1. Sanskrit is considered as the mother of all higher languages. It is the most precise and therefore suitable language for computer software. (A report in Forbes magazine, July 1987).

2. Although modern images & descriptions of India often show poverty, India was one of the richest countries before British rule in India, i.e. during the early 17th Century. Christopher Columbus was attracted by India’s wealth and was looking for a route to India when he discovered America by mistake. India has fed the greed of almost every powerful nation or ruler (that/who looked upon it, during those times) and is poised to be at the top of the world in all aspects.

3. India is the Largest democracy in the world, the 7th largest country in the world and one of the most ancient and living civilizations (at least 10, 000 years old).

5. India was the first country to be accorded the status of a Pioneer Investor in 1987 and was allocated an exclusive area in the central Indian Ocean by the UN for exploration and utilisation of resources.

6. India has the maximum number of post offices in the world!

7. India has separate civil and military nuclear facilities owing to the 123 Agreement with US in 2005.

8. India is the 3rd largest producer of solar photovoltaic cells in the world producing 2.12 MW of power. India is the world’s 4th largest wind power user.

9. India is the 9th largest solar thermal power generating country in terms of million units per sq. m. It will have 20 million solar lights installed by 2022 which will save 1 billion litres of kerosene every year.

12. IEEE has proved what has been a century-old suspicion in the world scientific community that the pioneer of wireless communication was Prof. Jagdish Bose and not Marconi.

13. India has the second-largest pool of Scientists and Engineers in the World.

14. India is the second-largest English speaking nation in the world.

15. India is the only country other than the USA and Japan, to have built a supercomputer indigenously.

16. Sundar Pichai, an Indian, is the present CEO of Google Inc.

17. On 28 April 2008, a world record was set when India’s Polar rocket successfully placed ten satellites, including the country’s remote sensing satellite, into orbit in a single mission.

18. India is the world’s second-largest producer of small cars.

19. India is the largest newspaper market in the world.

20. Bollywood with about 1000 films every year is the largest centre of film production in the world.

22. The National Rural Employment Guarantee Act or NREGA, an Indian job guarantee scheme, enacted by legislation on August 25, 2005 is the largest ever – public employment programme visualized in human history.

23. The Mid-day Meal Scheme is the popular name for school meal programme in India, is the largest school lunch programme in the world, covering 12 million children.

24. Board of Control for Cricket in India, or BCCI, is the apex governing body for cricket in India is the richest body in world cricket.

25. The largest employer in the world is the Indian railway system, employing over 1.6 million people!

26. Until 1896, India was the only source for diamonds to the world. (Source: Gemological Institute of America )

27. The World’s first university was established in Takshila in 700 BC. More than 10,500 students from all over the world studied more than 60 subjects.

28.  The gathering of Kumbh Mela of 2011 was so huge that it was visible from space.

29. Varanasi, also known as Benares, was called “the ancient city” when Lord Buddha visited it in 500 B.C.E, and is the oldest, continuously inhabited city in the world today.

30. Jaipur (India) hosts the world’s widest concrete building. It has a reinforced concrete cement (RCC) flat roof with a single span of 119 feet.

31. By volume of pills produced, the Indian pharmaceutical industry is the world’s second-largest after China.

32. ISRO 100 million dollars launching satellites in 2015. It launched 5 UK satellites and is set to launch 9 microsatellites for the US.

33. A mass singalong of 160,000 people in the Indian city of Hyderabad, in Andhra Pradesh, has broken a 72-year-old record for the world’s largest choir.

37. The TATA group, State Bank of India and Infosys Technologies are among 17 Indian firms that figure among the top 50 in the list of the world’s 200 most-reputed companies.

38. India’s contribution to scientific research and innovation has been constantly rising since 2000 according to a study. The number of articles published in global science journals by Indians has increased from around 17000 in 2001 to more than 27000 in 2007.

39. India is to be the first international customer of the Boeing P-81 Poseidon variant of the P-8A Poseidon.

41. India’s per-person consumption of meat is the lowest in the world.

44. To ensure timely payment of wages to workers under the National Rural Employment Guarantee Act (NREGA), more than two crores worth of saving bank accounts have been opened in banks and post offices across the country. This is the largest number of bank accounts linked to a development programme across the globe.

45. Volunteers in Dungarpur, India planted 600,000 trees in 24 hours under the guidance of Indian Forestry Service which is a world record.

46. Reliance Group of Companies in India has the maximum number of shareholders in the world.

47. State Bank of India has the maximum number of branches in the world.

49. With 1,300.000 active personnel and 1,800,000 reserve ones, the Indian Army is the world’s second-largest army in terms of military personnel, and the 3rd largest in terms of active manpower.

50. The largest reflecting telescope of Asia is in Kavalur Observatory (India). It is an indigenously built 93-inch telescope.

51. Indian currency has braille markings for the blind.

52. India has the second-largest network of paved highways, after the U.S.

53. Nearly 49% of the high-tech start-ups in silicon Valley and Washington, D.C. are owned by Indians or Indian-Americans.

54. India sends more students to U.S. colleges than any country in the world.

55. The name Bharat is derived from the name of the legendary king Bharata in Hindu scriptures.  Bharata conquered all of Greater India, uniting it into a single entity. Bharata’s empire covered all of the Indian subcontinent, Bactria, Uzbekistan, Afghanistan, Tajikistan, Kyrgistan, Turkmenistan, and Persia.

57. The Golden Temple provides food to over one lakh people everyday.

59. India has more mosques than any other nation than the world.

61. According to the Guinness World Records, Mawsynram in Meghalaya is the wettest spot on Earth, on the basis of average annual rainfall.

62. The Indian spacecraft Mangalyaan is the cheapest one in the world to reach Mars.

63. India has the largest tiger population in the world.

65. India is likely to have the world’s largest workforce by 2027, according to a Bloomberg News analysis.

67. India has the largest written constitution in the world.

68. Rabindranath Tagore was the first Asian to win a Nobel Prize in Literature.

69. Dilwale Dulhaniya Le Jayenge has been running at a theatre called Maratha Mandir for more than 22 years, since it was released in 1995.

70. Nothing can be more celebratory of a democracy than the government setting up a polling station in the middle of Gir forest, for one voter.

71. A Cricket ground at the height of 2,444 meters, in Chail, is the world’s highest cricket ground situated in India.

So what do you think? Have additions? Does this list make you proud of India? Post your comments below or email us at info@youthkiawaaz.com. You can also tweet us at @YouthKiAwaaz.

We look forward to your replies.