In Pictures: Beyond The News, The Soldiers And Their Continued Protest At Jantar Mantar

By Artika Raj in Politics

It’s the 66th day of their protests at Jantar Mantar, and the ex-servicemen are in no mood to relent. On stage sit a dozen or so war veterans with garlands around their neck and a woebegone expression, ready to applaud any statement that suggests a step forward in their struggle. Three of them have in fact started a fast unto death since this August 16th, until their demands are met. Why ‘One Rank One Pension’ is their right and not a pittance that the government be kind enough to grant them is the underlying sentiment in their speeches. As one soldier after another takes the mic, everything from what the response is like on Twitter to what the PM’s Bihar package of 1.25 Lakh crore says about his ignoring their right is discussed. The request, as the placard says, is to keep it short.

Some distance away, a media cell coordinates with media houses there to cover the protests. As a standing fan whirrs in the back, sweating it out but with a smile, the young women manning the post tell us that it’s their dads who are out there protesting. Among them is the daughter of Col. Pushpender Singh, one of the three who have taken up the fast. As news that a TV channel is misreporting that the soldiers have given up their fast after the PMO reached out to them a few hours ago is brought to notice by one officer, there is visible resentment against the loud TV anchor who they believe doesn’t support their cause. A quick announcement to clarify the same to everyone is then made.

In pictures then, the story of the soldiers as it stands today. Hope for some action soon and determination to get what is their ‘haq’. Amidst the politics, the war cry is to not give up. Only time will tell how this battle ends. 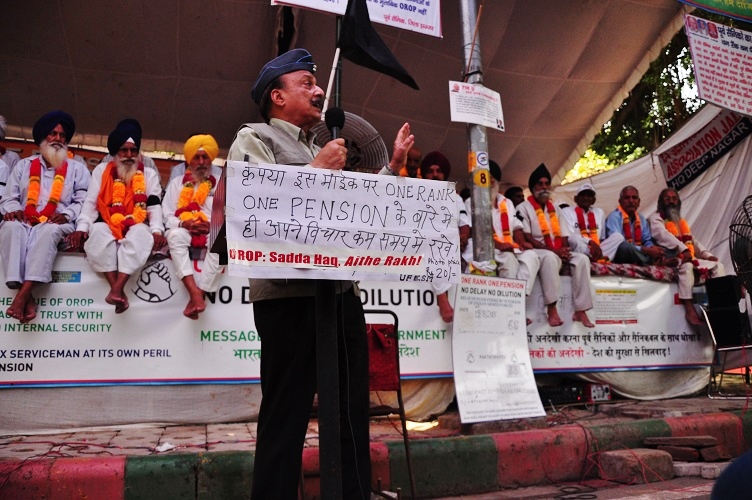 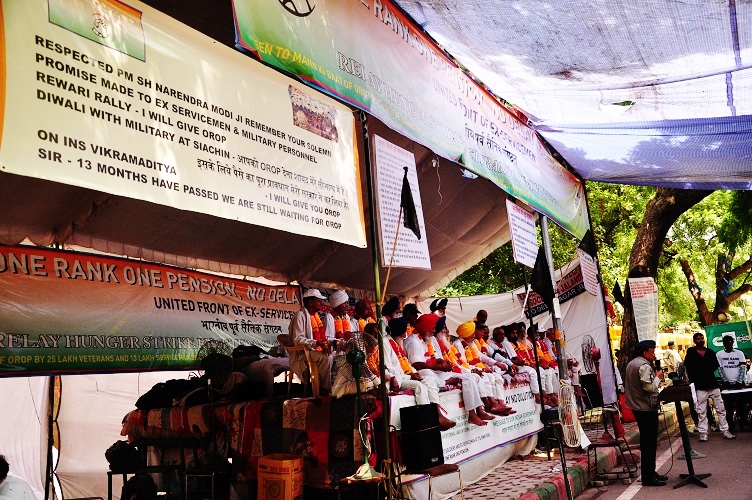 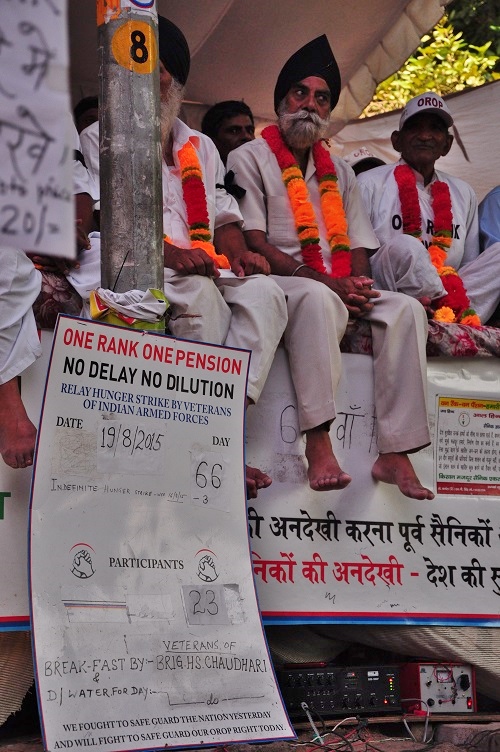 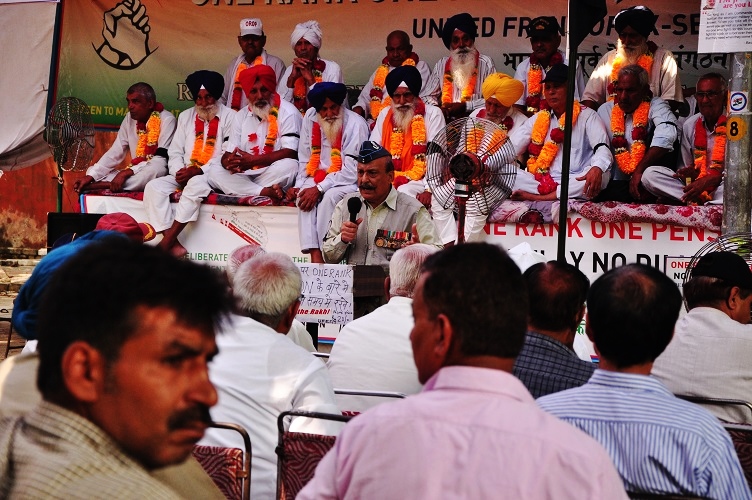 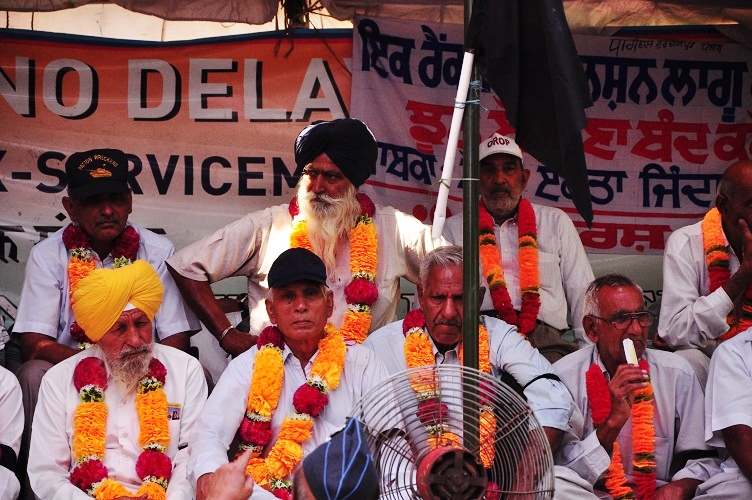 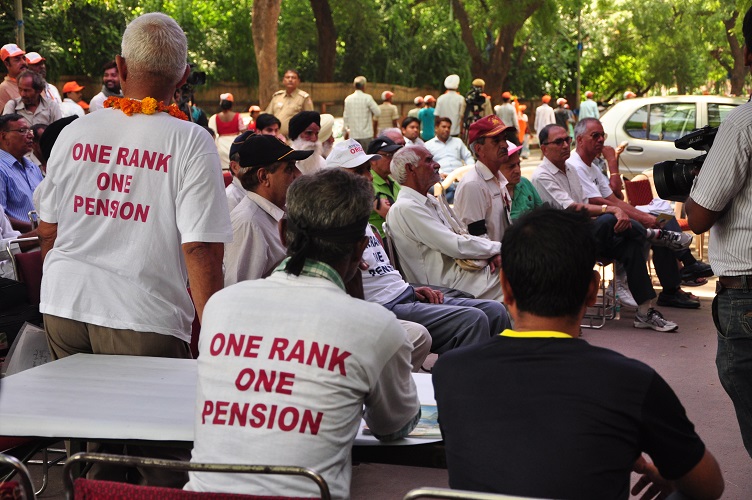 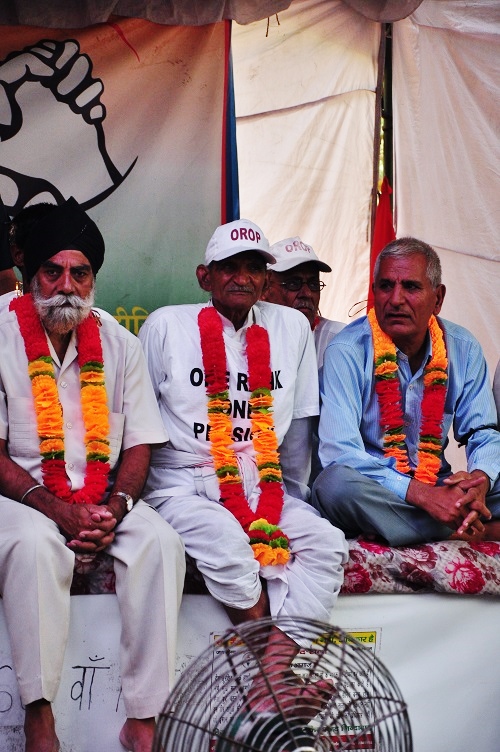 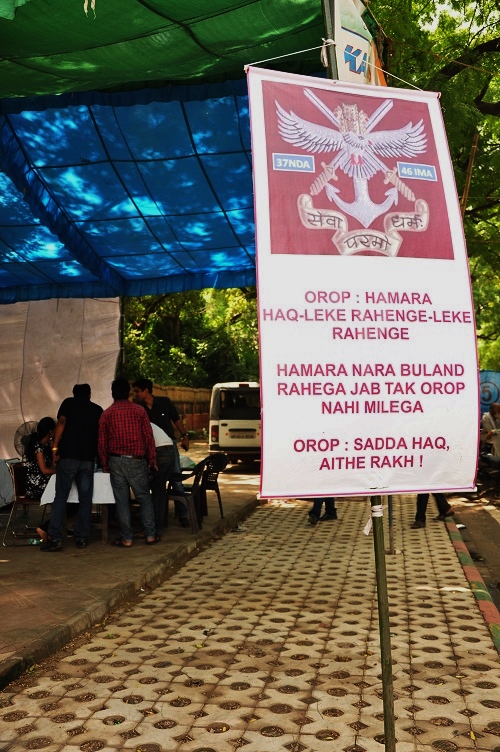 In 10 Years, 149 People Charged With Sedition For Criticising Modi, 144 For Adityanath

Govt Ready To Talk To The Farmers Even At Midnight, But Not For Revoking The Laws