By Shambhavi Saxena in Media, Sexism And Patriarchy, Taboos

In a case of extremely poor journalistic ethics and an outright abuse of power, a south Indian magazine ‘Kumudam Reporter’ ran a cover story about the obscenity of women’s leggings. The subject matter is ridiculous and not really worth any rational person’s time, but what made it worse was the photographs that accompanied the misogynistic rant – focusing on women’s rears, waiting for a gust of wind to lift up a kurta, all of this without these women’s knowledge or consent!

“Are youngsters crossing the line?” Asks the magazine in Tamil, as if it were unable to fathom a world in which one person’s decision to dress how they please is entirely their own. Perhaps the idea of personal freedom is an entirely alien concept to the editorial team of ‘Kumudam’.

Luckily, ever-vigilant netizens of Facebook and Twitter were not about to let this slide. A fitting reply was delivered to the magazine as people began sharing photos of their leggings, jeans or shorts with the hashtag #OurClothesOurChoice. 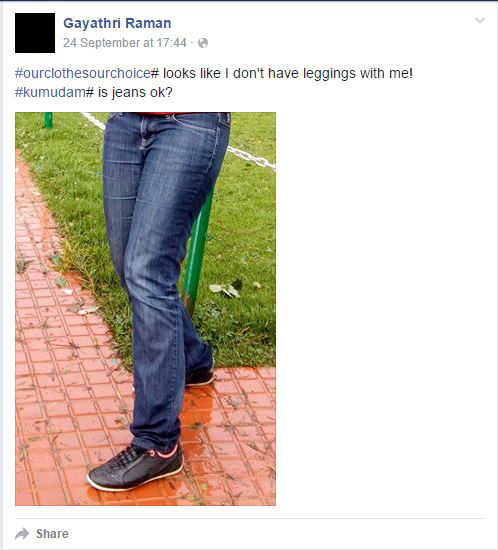 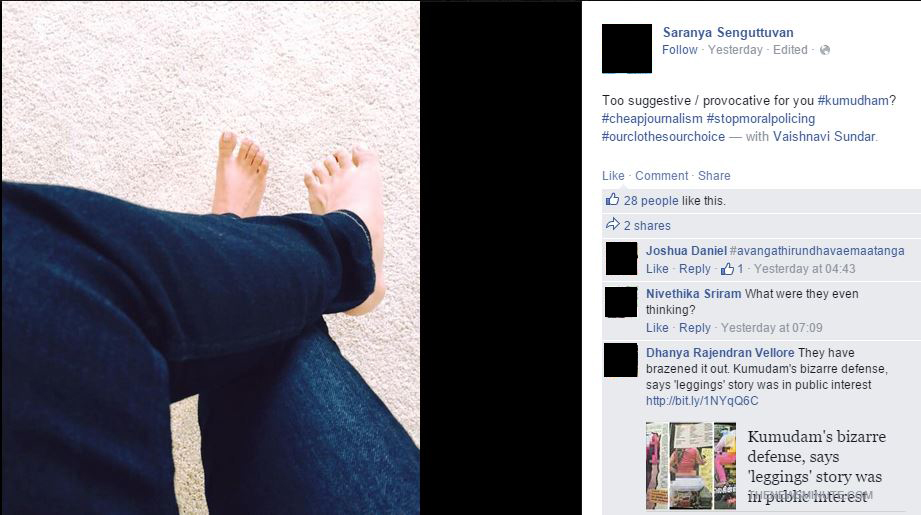 Alongside these images, a petition has gone live, asking the magazine’s chairman and managing director to apologise for the cover story and photographs, with over 16,000 signatures. An open challenge must be meted out to the preservation of such backward, effacing, and moralistic values no matter where they’re coming from, and Kumudam is only getting the criticism it deserves.

A Dalit Protagonist, Caste Politics And TN Elections: Why You Should Watch ‘Mandela’