By Jahnvi Desai in Politics

In light of the recent Bombay High Court order, dismissing nine separate petitions to temporarily stay the ban on beef for the festivities of Bakri Eid in Maharashtra, I decided it was imperative for a young adult like me to voice my opinion on the nauseating trend of banning, that has somehow found its way into routine Indian governance. 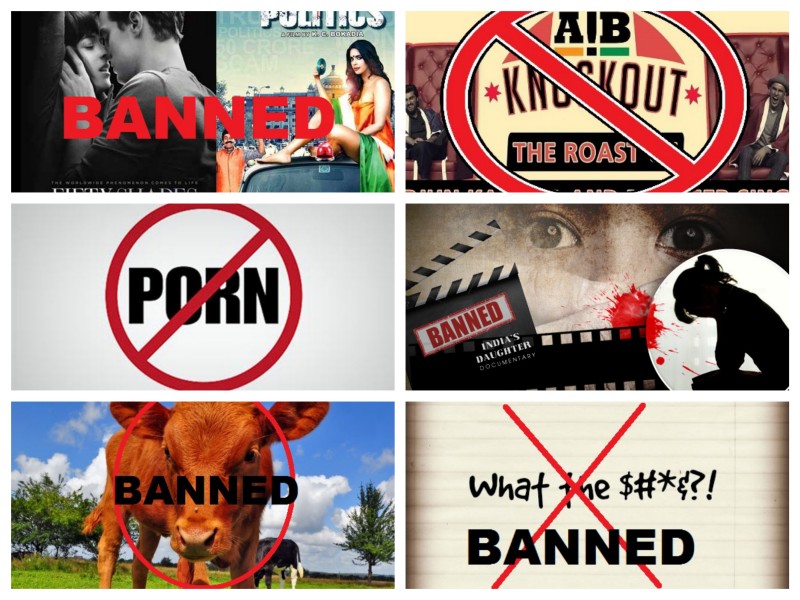 I completely comprehend and respect the concept of ‘Hindutva’ along with its ideologies and beliefs, however what I absolutely fail to understand is why an ideology followed and approved by one sect of people has implications and bearings on another, in what is probably the largest secular nation of the 21st century. It has been assured to us time and again by way of a plethora of judgements given by courts of different statures, that every individual holds the right to profess a religion of his/her choice. Yet this right seems to be restricted Why does a Muslim or Christian person not hold the right to eat beef? Is it simply because he/she lives in a country predominantly populated by Hindus? Since when did the foundation of democracy become so weak as to allow the majority will to crush that of the minority?

Just to highlight recent events, meat sale was prohibited for four days in Maharashtra to honour the Jain festival of Paryushan, but ten days later when a petition was made to temporarily lift the ban on beef to honour a Muslim festival, such a petition is not admissible. Whatever happened to Article 25 of the Constitution, that guarantees every individual the right to freely practice religion?

My contention here is simple. The Government does not hold the right to make decisions governing morality and traditions on my behalf. We as a class of citizens, have developed a rather tolerant attitude over the years, and constitutionally speaking, we ourselves hold the right to make these decisions. But then again, I’m just a young adult who doesn’t follow the ever so glorious traditional Hindutva philosophy so what do I know?

Opinion: Why I Think NDA Will Sweep The Assam Assembly Election Of 2021