In The World Of Superheroes, Are You Team Marvel Or Team DC?

Is Marvel better or DC? X-Men or Batman? The choice has always been perennially difficult! For many, comic strips from Marvel and DC might seem the same, after all, they are just the same superhero comic. But there are many differences between the comics, from the colour used inside the comics to the types of superheroes both comics have. Do you know that Marvel was the first comic to come out with a Black superhero before DC? Or 64% DC characters wear capes? This infographic shows the difference between Marvel and DC and also gives trivia on them: 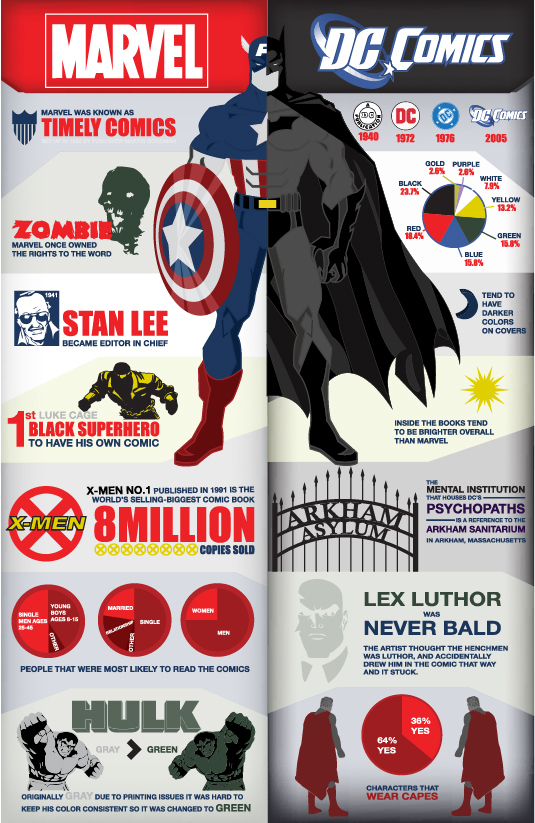