It is not uncommon for us to think that India is one of the most corrupt nations in the world. Globally, India was ranked as the 94th most corrupt country back in 2013. Resistance against corruption has been steadily growing in India, with the India Against Corruption movement crippling the Congress-led Government in 2012. Corruption scams were also a major reason for the Congress party’s massive loss in the nation wide elections of 2014.

The first major challenge of measuring ‘corruption’ is to define what it is. ‘Corruption’ has differing meanings in different contexts. One of the best ways to assess it, according to KPMG is Transparency International’s ‘Corruption Perceptions Index’ (CPI), which scores and ranks countries based on perceptions of experts and businesses on the prevalence of public sector corruption.

In this year’s CPI, India has improved its ranking and has moved up to the 85th position. According to Transparency International, poorly equipped schools, counterfeit medicine and elections decided by money are just some of the consequences of public sector corruption. Not a single country this year has managed to get a perfect score and more than two-thirds have scored below 50, on a scale of 0 (perfectly clean) to 100 (highly corrupt).

Somalia has, for the fifth year running, landed at the last position and is the most corrupt country in the world, tie-ing this time with North Korea. Plagued by the jihadist Al-Shabaab movement, which controls large swaths of the countryside and a highly corrupt and incompetent President Sharif Sheikh Ahmed; it can be safely said that the wealth of Somalia lies not with its people, but with its corrupt officials. North Korea faces a bigger challenge, with a rigid caste system like that of imperial Japan in force in the country where members of the military and preferred castes prey on everyone else. According to author Melanie Kirkpatrick, North Korea’s leader Kim Jong-Il hands out expensive foreign-made watches, cars and silk underwear on his birthday, which is likely to have been purchased with the hard currency he buys from international sales of counterfeit currency, illegal drugs and weapons.

Corruption is a problem plaguing most of the world, and without equal distribution of resources and facilities to each and every resident of a nation, it is impossible for any nation to achieve the ‘perfect score’. 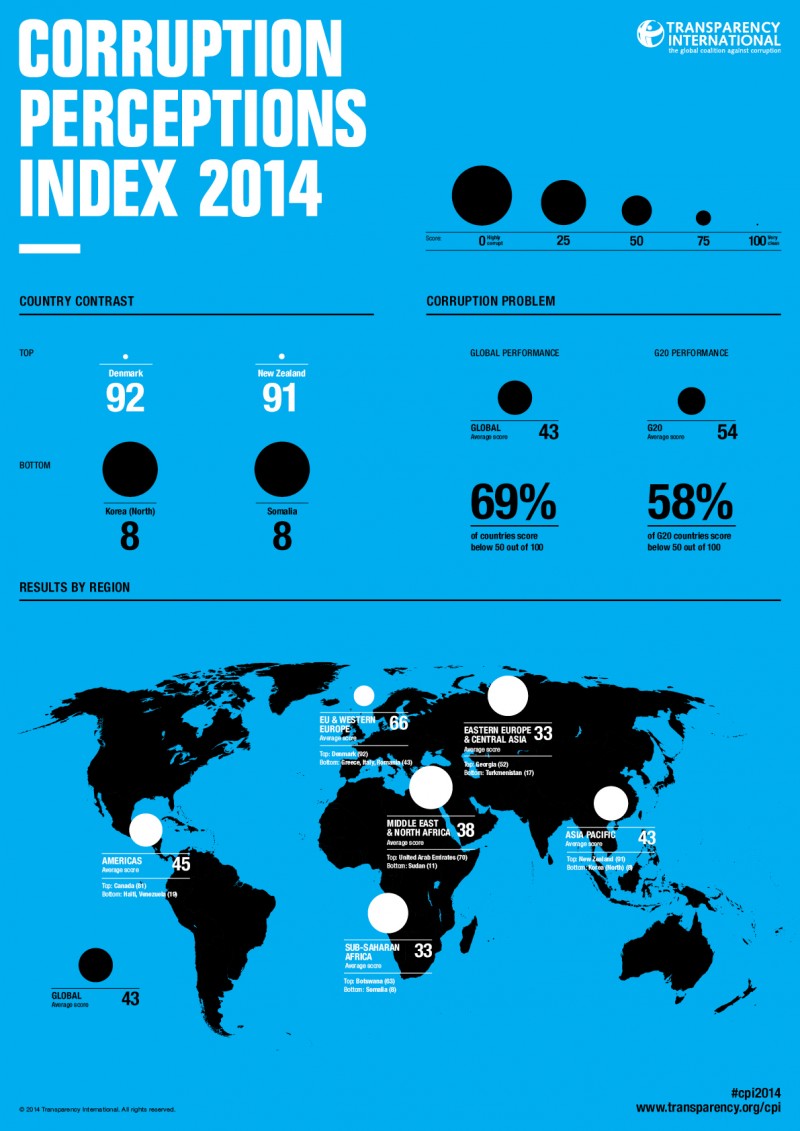 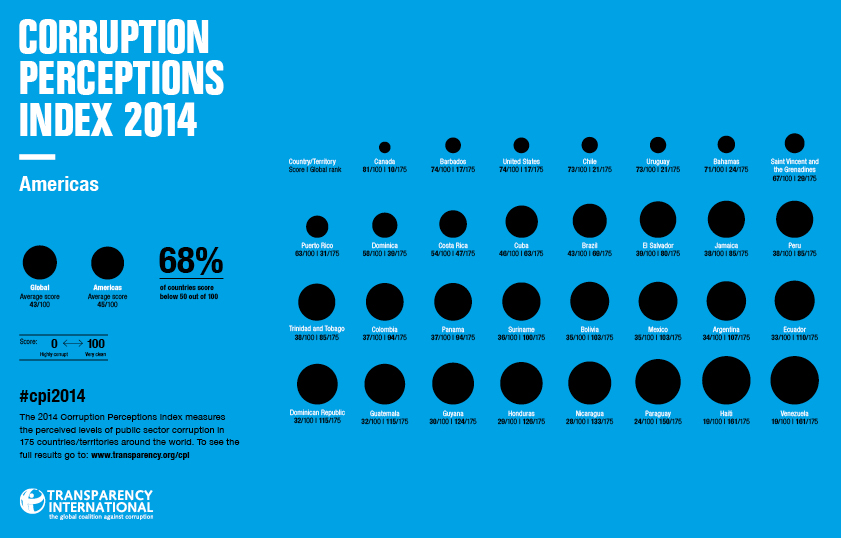 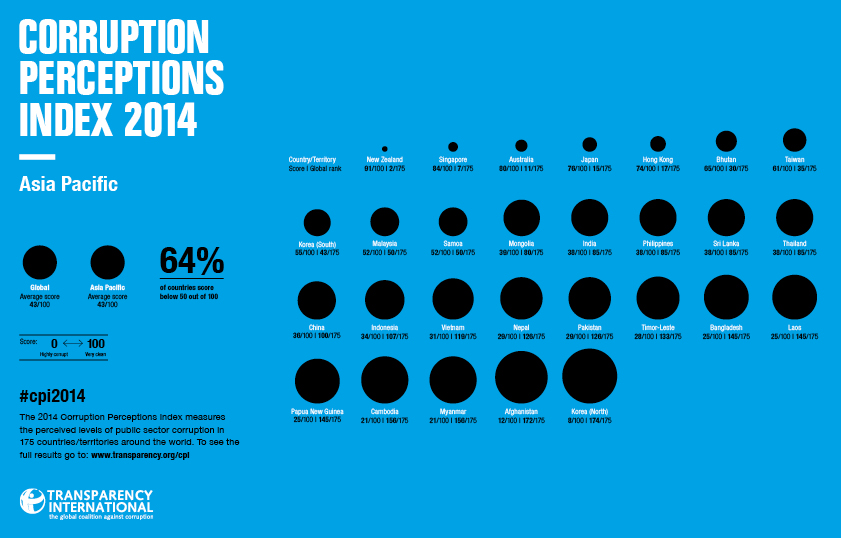 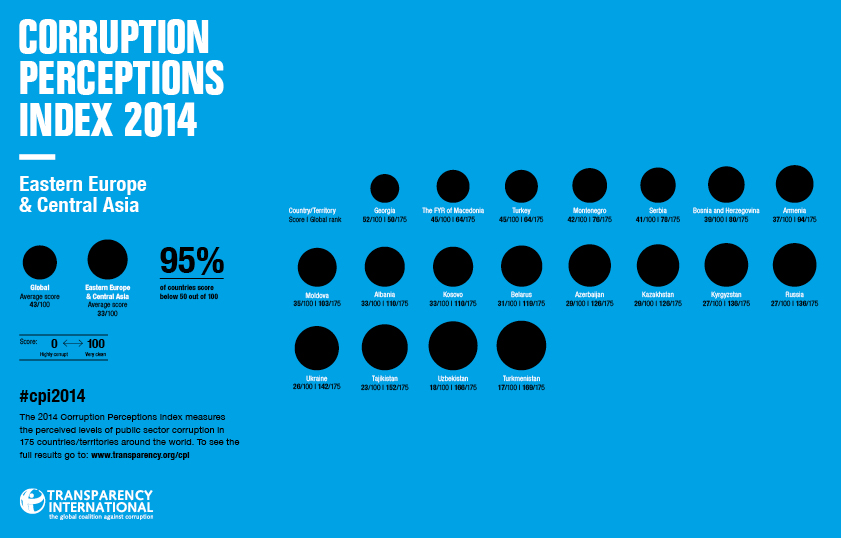 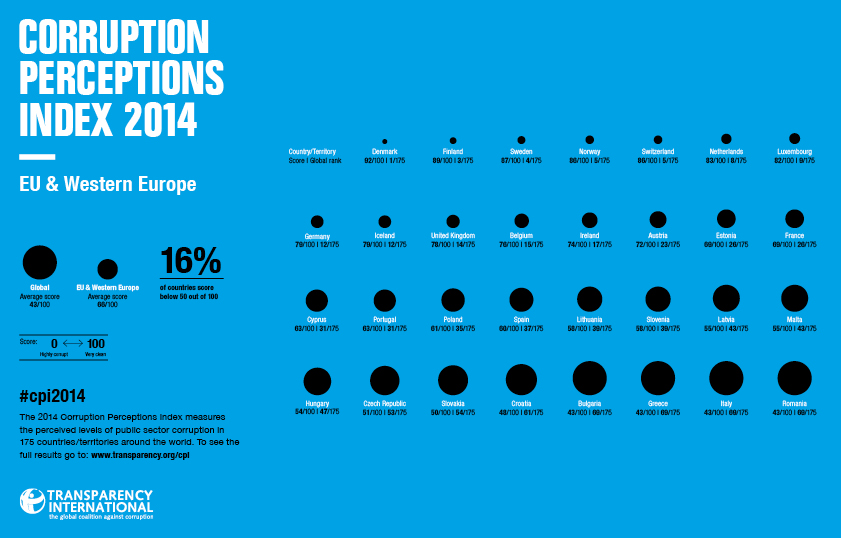 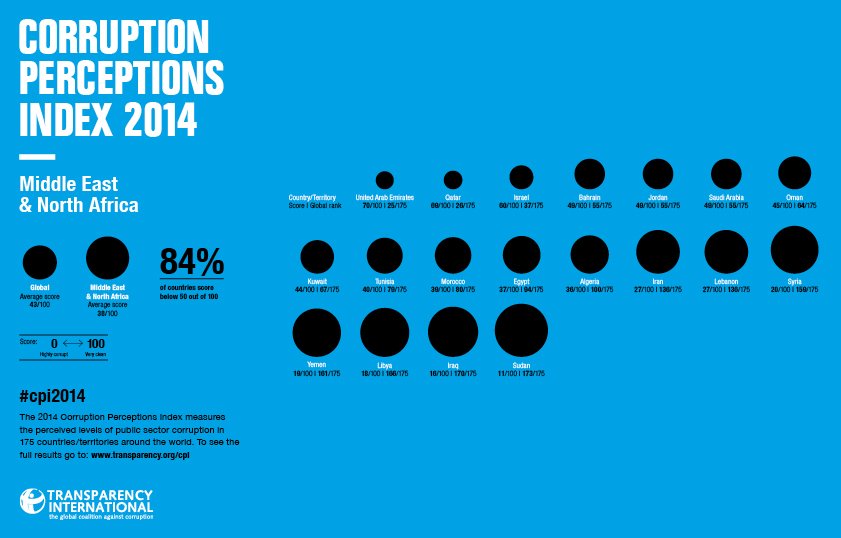 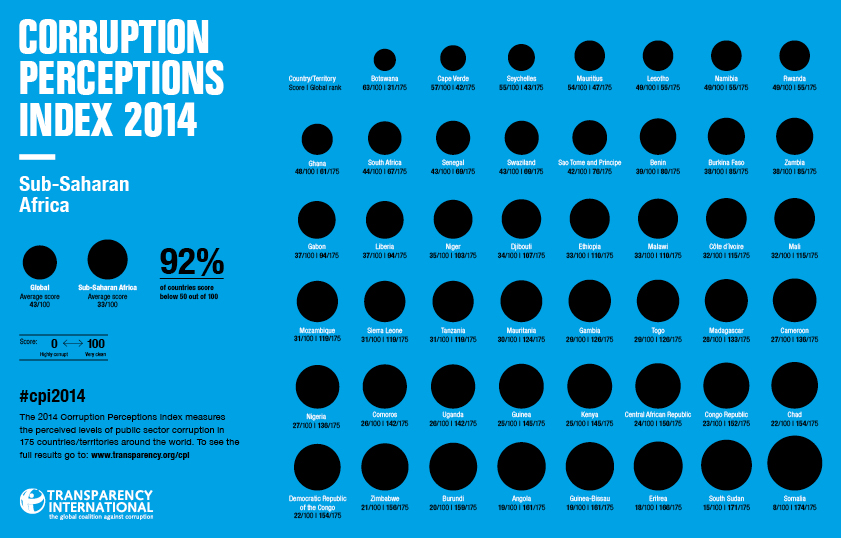