$700 Billion: The Amount India Can Add To Its GDP If More Women Work

MGI, McKinsey’s Global Think-tank, has come out with its latest report that estimates that India can add $700 billion dollars of additional GDP by 2025, if it increases women’s participation in the work force. Due to multiple social issues, women participate lesser than men in the economy today, for example, many women have to leave work when they become mothers, it is socially considered bad for women to work outside the home, etc. Underlying social attitudes about the role of women are arguably the biggest barrier. Women have a higher share in unpaid care work such as cooking, cleaning and taking care of children, which, if diverted, can contribute immensely India’s GDP.

India’s growing economic crisis has a very simple, rational and now statistical answer – social barriers need to be removed, and women need to participate more in the economy. 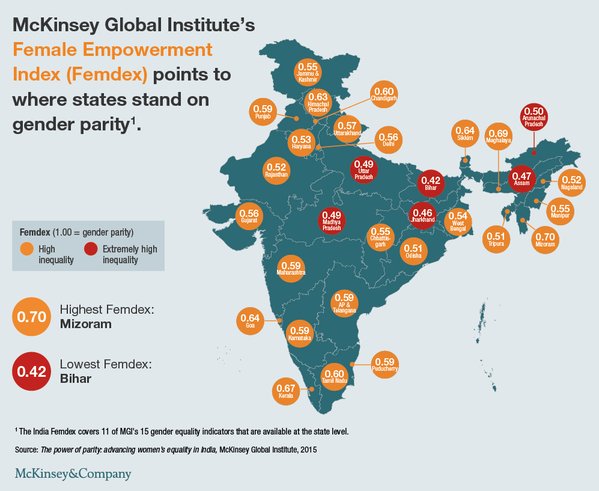 How Is Technology Impacting Rural Economy And Employment?