NEWS: Here’s What PM Modi Has Announced For The Chennai Floods 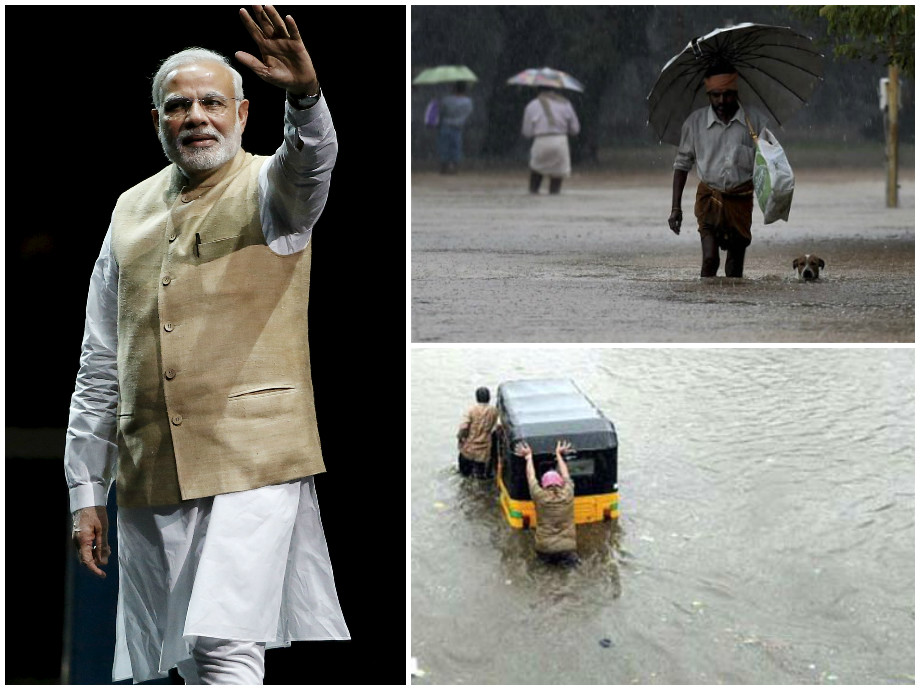 According to agency reports, the PM also conducted an aerial survey of the flooded areas. He met the Chief Minister of the state, J. Jayalalitha and the governor of the state K. Roasaih and promised the monetary assistance to the beleaguered state, which was “over and above” the Rs. 940 crore which was released earlier.

“I have seen the damage and misery caused by the extremely heavy rainfall. Govt of India stands by the people of Tamil Nadu in the hour of need,” he said, according to ANI.

The death toll in Chennai has already crossed 260. Minister Rajnath Singh told the Parliament today that the situation in Chennai was “very alarming”. “It would not be an exaggeration to say that Chennai has become an island as it has been cut off from all national and state highways,” he said, according to PTI.

Record rainfall was recorded in the city on Tuesday, The Hindu reported today. The previous highest rainfall in the city on a single day was recorded in 1901, the newspaper said. The newspaper added in its report that the scale of the tragedy was such that even the combined efforts of the Army, the Navy, the Air Force and the National Disaster Response Force were proving insufficient.

Social media pitched in as well, with ChennaiRains, an Independent weather Blogging Community from the city providing updates in real-time, along with links to resources and useful numbers to call on for rescue and other services.

However, another report by The Hindu added that angry residents were fleeing north Chennai in the absence of rescue services.