‘Down With Coal!’: Over 60,000 March For Climate Justice In Australia’s Biggest Rally

Editor’s note: On 27th November 2015, right before representatives from nations took part in the United Nations climate talks in Paris, the people of Australia organised one of the largest climate change rallies the nation has ever held. In hopes of conveying to the representatives their concerns, Australians held marches in eight cities throughout the country, carrying messages of the action they expect from global leaders on climate change.

Here are a few glimpses of the Melbourne Climate March which started from the State Library of Victoria, and came to a close at the Parliament House. 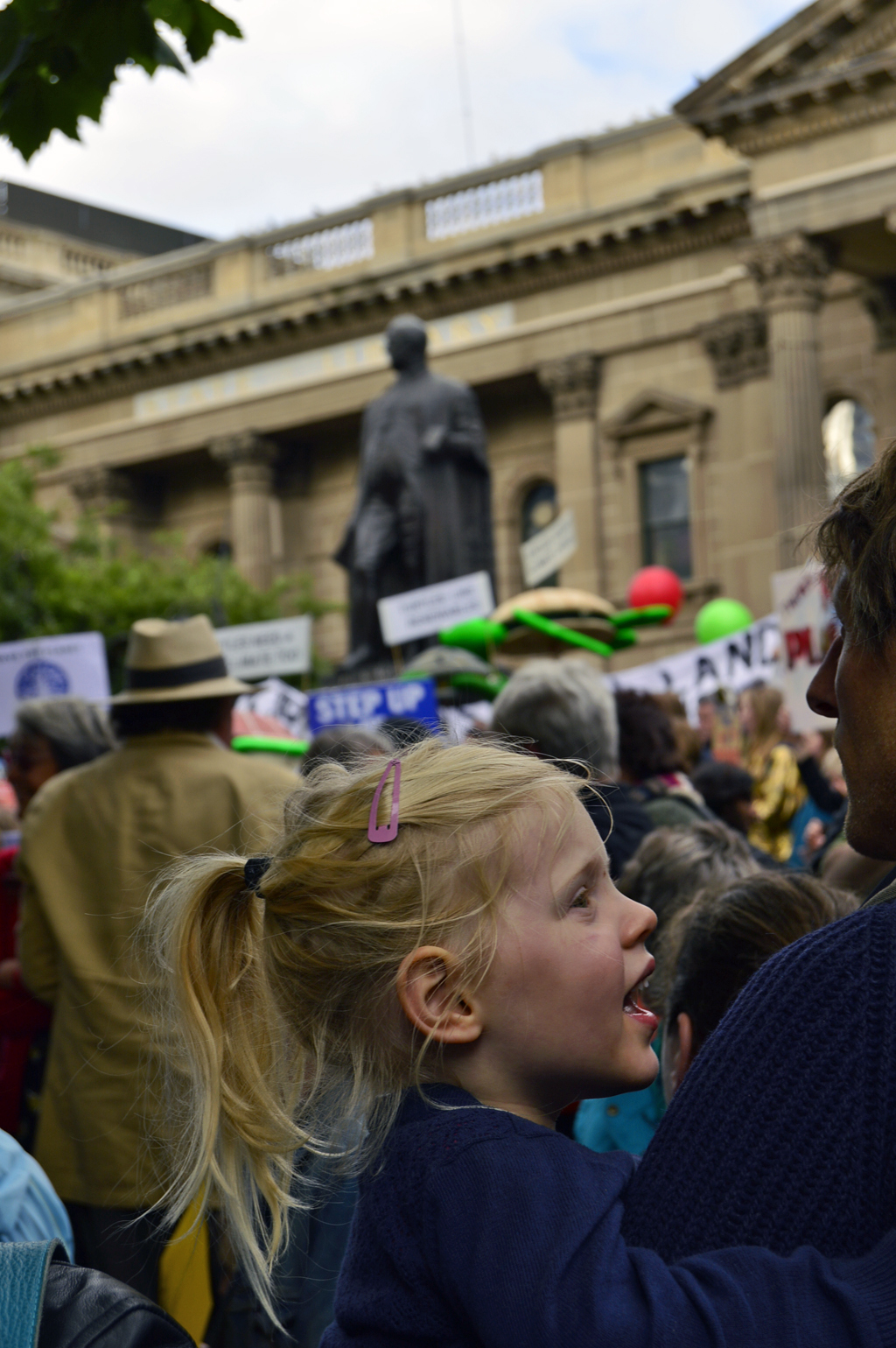 People of all shapes, sizes, colours and ages congregated at the State Library in Melbourne for one of the largest climate march’s in Australian history. 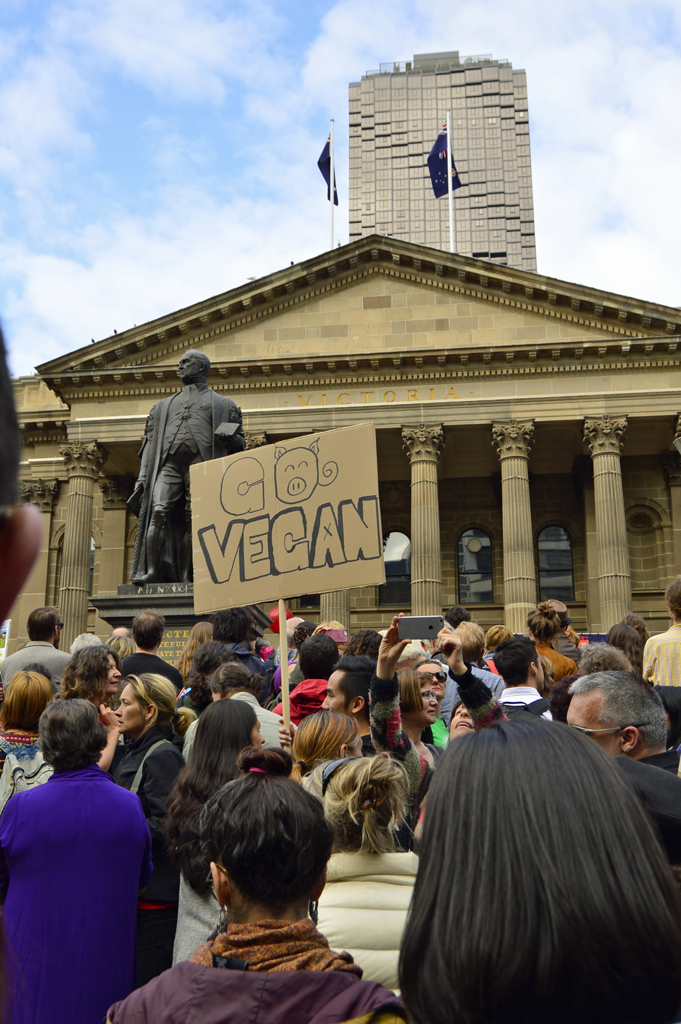 ‘Down with Coal’, Go Vegan’ and ‘Climate Emergency’ were some of the slogans raised during the march as various organisations participated in the march. 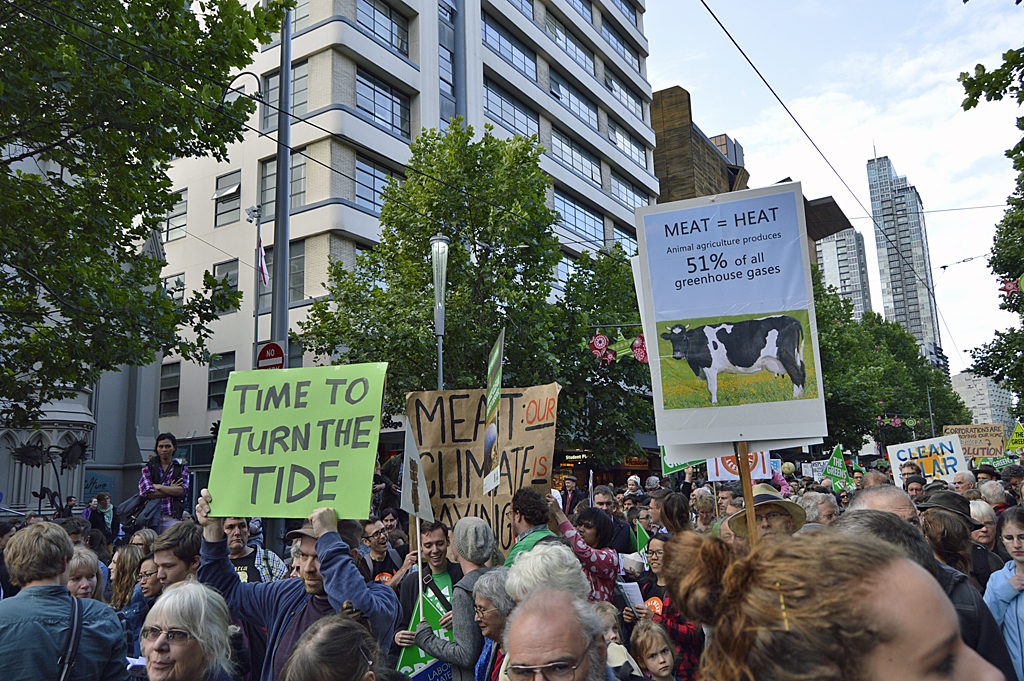 Organisers of the People’s Climate March claim there were over 60, 000 people at the march, including Leader of the Opposition Bill Shorten and Greens Party Senator Richard Di Natale. 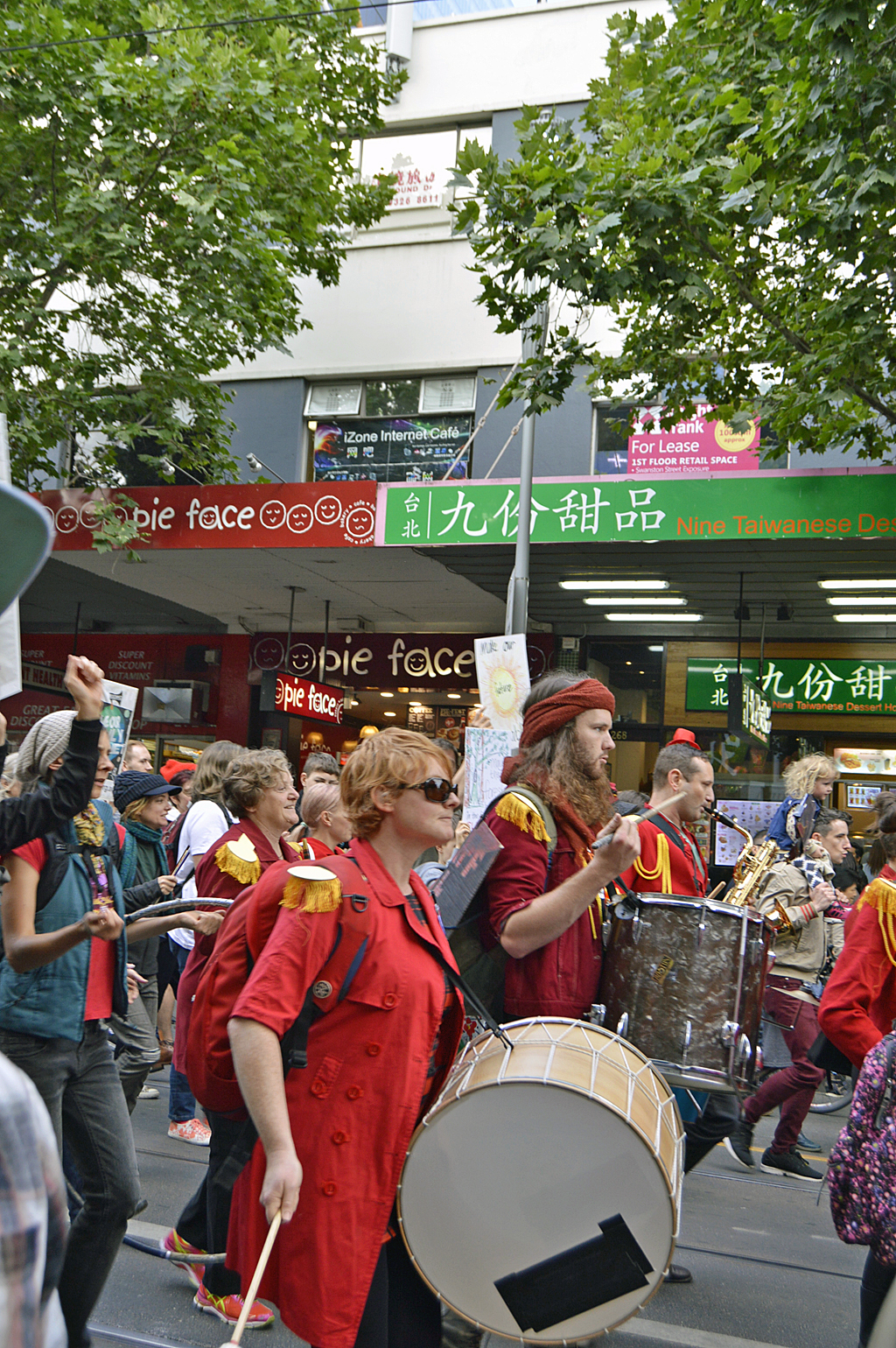 The participants marched from State Library to Parliament House down Bourke Street, with a marching band keeping spirits up. The March came to a close at the Parliament House, where organisers gave speeches and a moment’s silence was observed before the crowd broke out in Paul Kelly‘s From Little Things Big Things Grow.

Hope you liked these photographs of how thousands in Australia are demanding climate justice. Now, take a look at what lessons the Indian government needs to learn when it comes to climate change, here.