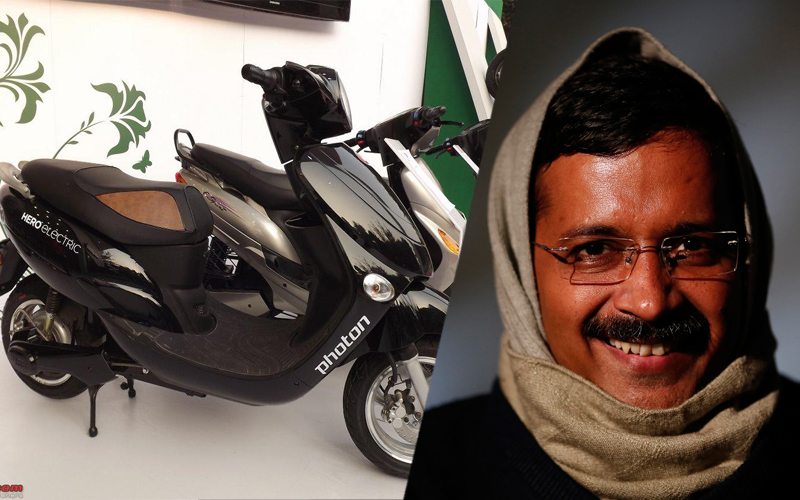 With CM Kejriwal tweeting “Delhi has done it!…” within a few hours of his ambitious odd-even plan going live in the capital, reports from the rest of the day suggested that Delhiites indeed took the challenge positively. Reports on air quality, as gathered by the Indian Express, suggested that while there were dips in particulate matter readings at a few air monitoring stations in Delhi, it would be too soon to judge if the plan is actually working.

To make sure there is ease of travel, in another interesting measure, the Delhi government has chosen to provide last mile connectivity by running a free electric scooter service which will be available during the 15-day trial period of odd-even formula in the national capital.

The government has been provided with 100 such scooters by private electric vehicle manufacturer – Hero Electric, which will be deployed at Metro stations and prominent destinations like Connaught Place and Delhi Secretariat, said a senior government official.

Delhi PWD minister Satyendra Jain today flagged off a fleet of electric scooters at Secretariat today. He also rode on one of the scooters on the occasion.

Hero Electric has named their initiative ‘Free and Clean Ride’, hoping to raise awareness on E-Mobility among commuters as they say it is way more eco-friendly.

With riders of these bikes dressed in special uniforms that are easy to identify, “Commuters can benefit from the free scooter service. They will be dropped to their destination by a scooter driver who will not charge them anything,” added the official from the government.

In view of the large number of private vehicles going off roads due to road rationing as per odd even formula, Delhi government has augmented public transport with 3000 extra buses.

An app has also been launched by the government for hiring autos but the question of last mile connectivity has still not been completely addressed. The government has also launched a helpline number to keep a check on errant auto rickshaw drivers.

The helpline number received 200 complaints on the first day of trial of odd-even formula and 66 auto drivers were challaned, said a senior government official.

So while some commuters complained of the metro being more crowded than usual, the real test, everyone agreed would be on Monday the 4th of January when the office going population comes out.

“India Is Not Paying Enough Attention To Climate Migration”