7 Months On, The Protest At FTII Continues As Gajendra Chauhan Takes Charge 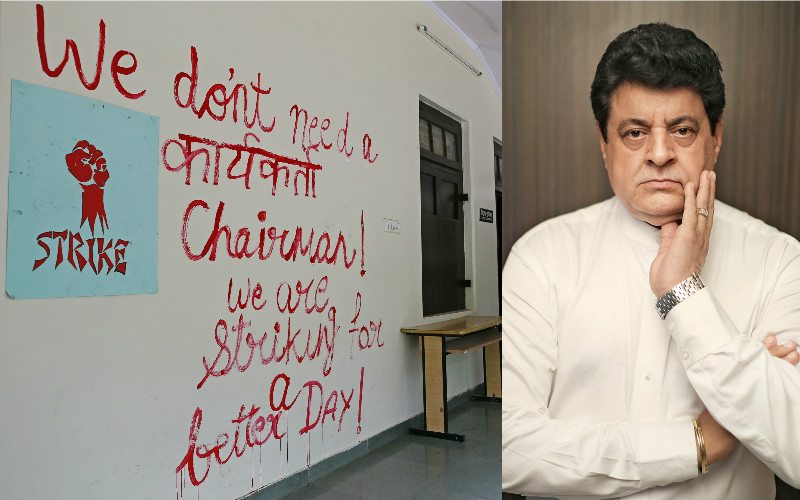 The stand-off between students of Film and Television Institute of India and the government, over the appointment of Gajendra Chauhan as the administrative head of the prestigious institution, among other similar appointments continues.

Chauhan was appointed as the chairman of the Governing Council and the president of the FTII Society by the NDA government last year. This led to a 139-day protest by the students who objected to his alleged lack of stature.

On Thursday (7th January), Chauhan took charge of the institute and held a meeting of the Governing Council to which new members including well-known filmmaker Raju Hirani (of the Munnabhai series of films fame) were appointed.

According to news reports, the students of the institute shouted slogans against Chauhan, who came decked in a turban. Reports suggested that members belonging to Rashtriya Swayamsevak Sangh-backed Akhil Bharatiya Vidyarthi Parishad were allowed inside the institute to counter the dissenting students and ease Chauhan’s entry. The police arrested 40-odd protesting students.

Apart from Chauhan, the students are also opposed to the appointment of some other members of the Governing Council who have a right-wing background.

In order to placate the students, the government decided to appoint B.P. Singh, producer and director of the hit TV series CID as the chairman of the Academic Council. Singh is a former student of FTII and the government reportedly hopes the students will be amenable to his appointment. However, that remains to be seen.

The government is still trying to browbeat the students into accepting Chauhan as their administrative head without seeking a compromise which would be in the interests of everyone. This does not augur well for our democratic set-up.