People In Kolkata Are Using Blue Bottles To Keep Away Stray Dogs. Wait, What?!

By Soumick Mitra in Society 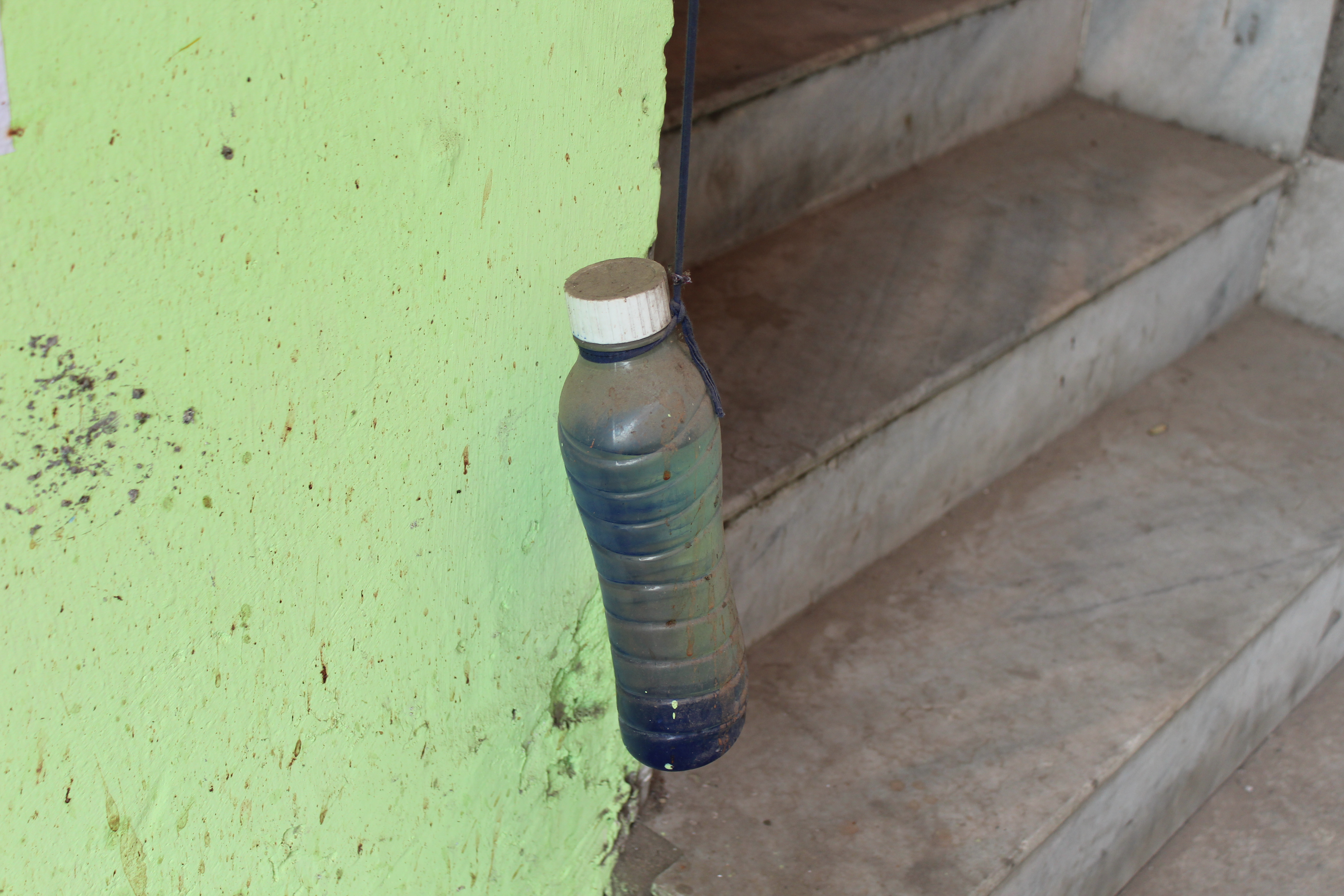 An interesting phenomenon has gripped Kolkata and some parts of West Bengal. Residents mix the colour blue or add Ujala to water filled in bottles and leave them hanging outside their doors. This, the residents claim, will stop dogs from defecating before their doors.

“The dog menace has increased in recent years. And as a result these dogs defecate everywhere including in front of people’s houses. People have started resorting to this method to stop the dogs,” says Champa Guha Roy, a resident of Barasat in North Twenty Four Paraganas. “There is no logical reasoning behind this. But it seems to be working,” she further adds.

However, this method of keeping the dogs at bay is not subscribed by all. “This is a rumor and nothing else. I have seen dogs sleeping right under these bottles,” says Harilal Dey, a resident of Netaji Colony, Baranagar in Kolkata. “There is no scientific reason for this. And I do not see the method working either.”

“Dogs can recognize kerosene. And this is why the colour blue is used in order to make the water look like kerosene,” says Champa Guha Roy. In 2013, Russian scientists found that dogs can see certain colours. And it is scientifically proven that petroleum products negatively impact a dog’s health.

Even veterinary doctors are baffled by this. Kishore Kumar Ganguly who runs the Moitri Veterinary Clinic near Deshapriya Park, Kolkata said, “It is beyond me as to why people are doing this. The dogs have continued to defecate in spite of this measure. There is no scientific explanation for this. And it is not limited to Kolkata only. I have seen people doing this in places like Shantiniketan too. They actually believe that the dogs will stop defecating.”

Most residents do not know where and how this started. They say that this has been happening for the past six months. It was mostly word-of-mouth and people watching their neighbors resort to it that this method has spread across the city and to other parts of West Bengal. Unfortunately, it isn’t stopping the dogs from dirtying the place.