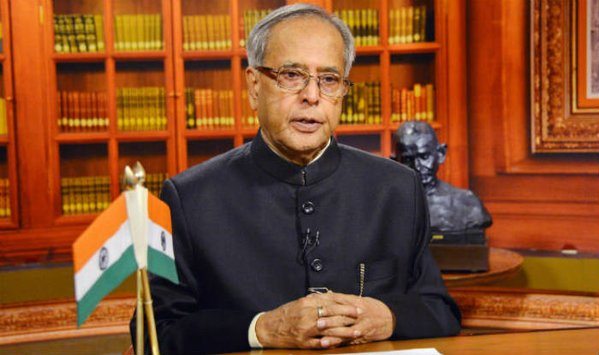 In his Republic Day speech, the President of India Pranab Mukherjee ticked off all the right boxes, while making a special mention of the need to guard against those promoting values inimical to the health of the country’s democracy.

The President mentioned instances of “grim violence” without specifying them as he spoke of the need to guard against “intolerance” in what appeared to be a veiled reference to several incidents of majoritarian violence lately which forced leading intellectual and scholars to return their state awards in protest. “Our finest inheritance, the institutions of democracy, ensure to all citizens justice, equality, and gender and economic equity. When grim instances of violence hit at these established values which are at the core of our nationhood, it is time to take note. We must guard ourselves against the forces of violence, intolerance and unreason,” Mukherjee said.

The rest of the speech was on expected lines, with caveats defending the lack of economic progress as expected under the new regime and an enumeration of the government’s new schemes. The President also noted the need for “reverence” towards women, in a nod to the movement for gender equality that has caught on following the gruesome December 16 gang-rape in Delhi.

The sixty-seventh Republic Day celebrations were held as usual despite adverse weather. The chief guest this year was the French President Francois Hollande.

The Prime Minister Narendra Modi greeted citizens through Twitter and paid homage to the framer of the Constitution, Dr. B.R.Ambedkar.