Editor’s note: As JNU Students’ Union President Kanhaiya Kumar remains in custody over sedition charges in Delhi, support for #StandWithJNU has been pouring in from India and abroad. Adding to this is the teachers’ association of Central University of Gujarat. They have issued the following statement that calls for the immediate release of Kumar, and also demands speedy justice for Rohith Vemula.

The Central University of Gujarat Teachers’ Association (CUGTA) at the outset unequivocally reiterates its commitment to the Indian Constitution and condemns any activities that are prejudicial to the letter and spirit of the Indian Constitution. As the Supreme Court of India has unambiguously states in previous cases that words and speech can be criminalized and punished as ‘sedition’ only in situations where it is being used to incite mobs or crowds to violent action. Anyone proven guilty of any ‘anti-national activities’ be brought to justice as per the due process of law.

The CUGTA expresses its solidarity with the JNU academic fraternity and demands that the President of JNU Students’ Union, Kanhaiya Kumar, be released immediately as the video containing his speech clearly demonstrates his steadfast commitment and loyalty towards Indian constitution.

The CUGTA also demands that justice be done to the case of Rohit Vemula’s suicide in the University of Hyderabad. It should be the utmost endeavour of the Indian state and universities to strive for social inclusion and justice for all. Universities in democratic countries across the world are known for upholding social justice, democratic values, ideals and practices.
It is incumbent on the part of a democratic state to respect and uphold the sanctity and autonomy of Universities. 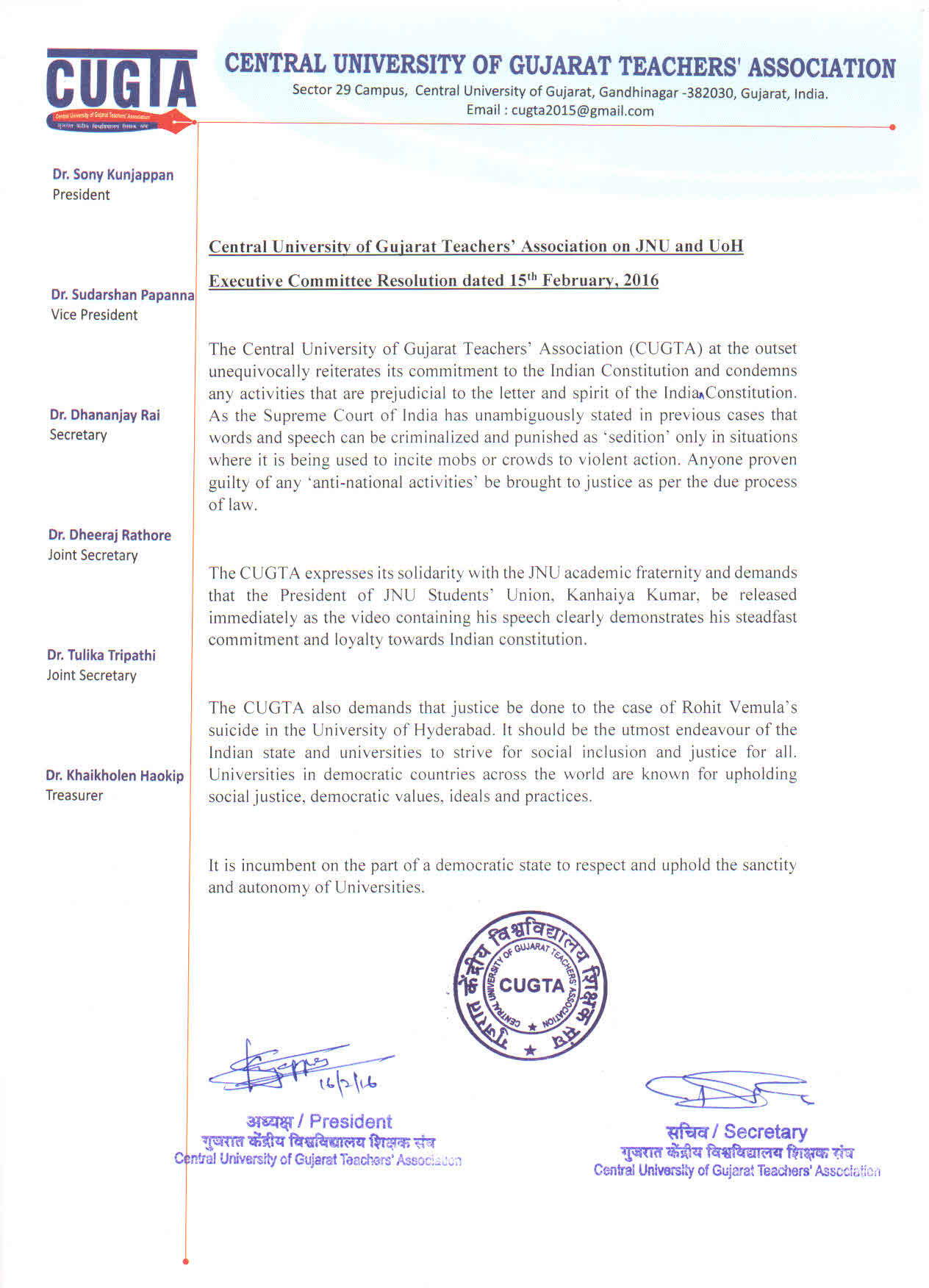