With Its Eye-Opening Films, This Festival Will Explore Gender & Sexuality In A Unique Way

By Shambhavi Saxena in Media, Society 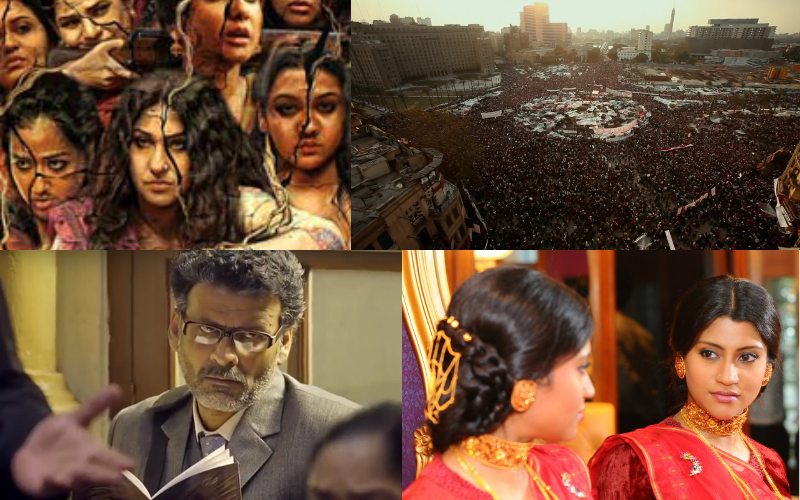 “What is human rights?”

This question, posed at the beginning of I View World’s festival trailer, elicited many responses from actors, directors, academics, and activists. Among those were the words ‘Equality’, ‘Justice’, ‘Empathy’, and ‘Discrimination’, all of which point to our technical and legal understanding of it all. But when it comes to the vast and complex terrain of human rights, film and narratives are more compelling mediums than reports and conference proceedings. This is why the I View World film festival – bringing stories of early Suffragettes, the Arab Spring and other diverse contexts – is so essential to our recognition of the ‘human’ in Human Rights.

The festival, which had its start in New York several years ago, was conceived by the En Gendered, to “[bring] together contemporary South Asian cinema, visual arts and performance to explore the complex realities of gender and sexuality.” And the line-up of films, documentaries and shorts is as impressive as it is diverse.

Starting from March 2, more than a dozen new films will be screened over the course of six days. Hansal Mehta’s Aligarh, and a retrospective of Mira Nair’s award-winning films are also on the programme, as is her latest documentary, The Queen of Katwe.

Among other films to look forward to is B. S. Lingadevaru’s Naanu Avanalla…Avalu (‘I am not he, but a she’), based on the autobiography of Chennai-based trans activist and blogger Vidya. This intimate look at Vidya’s life reveals the daily struggle of being transgender in India where even progressive laws have not alleviated social stigma.

There are also some selections that look at cultural tensions, displacement and assimilation in the diaspora or refugee experience, such as Jacques Audiard’s Dheepan, and Serbian filmmaker Iva Radivojevic’s documentary Evaporating Borders.

And for those who like dramatic Bollywood action, the festival will feature Prakash Jha’s Jai Gangaajal, in which Priyanka Chopra makes the tough-cop role (the reserve of Salman Khans and Ajay Devgns) her own.

These and other critically acclaimed films – A Sinner in Mecca, The Backward Class, Manto – will be screened at multiple locations, as the festival travels between the American Center, the British Council, PVR cinemas, university campuses and other venues. In addition to this, the festival promises to be a colourful and engaging event with several actors and filmmakers as attendees, a series of panel discussions, art exhibitions, and performances.


So clear your calendars, folks. This is going to be special!
You must be logged in to comment.