On February 6, Mumbai’s annual pride parade, the Queer Azaadi March, took place with around 7,000 people participating. The atmosphere was joyous, with cries of equality and freedom from discrimination. Photographer Anurag Banerjee was one among this large crowd. Known to capture candid moments around Bombay on his Instagram account, Anurag got some beautiful shots of the parade. One of his photos, an overhead shot with a rainbow flag was featured on Instagram’s official account as part of their Weekend Hashtag Project, #WHPvibrant.

The photo has received more than 3,000 comments from users across the world and many of them, are sadly, very homophobic. That a celebration of love and equality can evoke such a reaction from the public, just shows what a long way we have to go. With the Supreme Court revisiting the curative petition on Section 377, there is hope that the discriminatory law might see its last in India, but unless society becomes more accepting, real change seems far away.

Take a look at the photo and some of the comments it received.

#WHPvibrant asked community members to make brightly colored photos and videos filled with energy — like this one that Anurag Banerjee (@banerjee.anurag) took at Queer Azaadi Mumbai, a LGBT pride parade. “I knew that an overhead shot with the rainbow flag would be a good one, so I ran ahead of the parade and climbed the skywalk and waited for it pass underneath,” Anurag says. “The photo is not only about the pride parade but also the city of Mumbai.” See more of our favorite submissions at blog.instagram.com. Photo by @banerjee.anurag 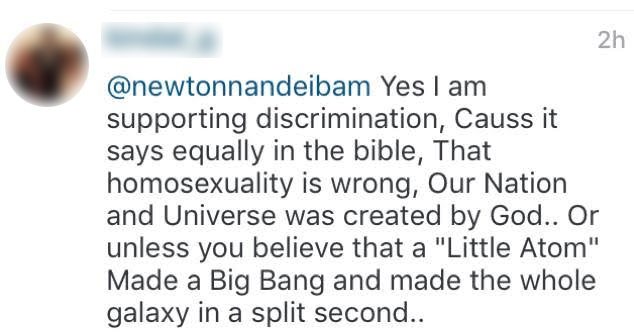 After Father’s Day: Remembering The Loss And Grief For Many This Year

Did You Know That Bamboo Leaves Can Be Brewed And Consumed As Tea?

How Do We Deal With Our Insecurities?