In Photos: Over 5000 ‘Anti-Nationals’ March To Jantar Mantar In Solidarity With JNU

By YKA Staff, Photos by Artika Raj and Rohini Banerjee:

On February 18, thousands marched from Mandi House to Jantar Mantar in Delhi in solidarity with JNU students, and demanding the release of JNUSU President, Kanhaiya Kumar. The atmosphere was “electric” as YKA’s Managing Editor Artika Raj said, who was present at the protest. Around 5000 people from all walks of life had gathered to keep democracy alive and fight for the right to dissent. Many even carried flowers, as a symbol of peace. With placards that read “Those who disagree with you – don’t call them anti-national” and “We stand by Constitution, we stand for dissent”, the energy at the protest was infectious, to say the least.

Among those who attended and addressed the crowd were Kavitha Krishnan, Secretary, AIPWA, Shahla Rashid, VP of the JNU Students Union and Sucheta De, National President, AISA.

Take a look at the protest in photos. 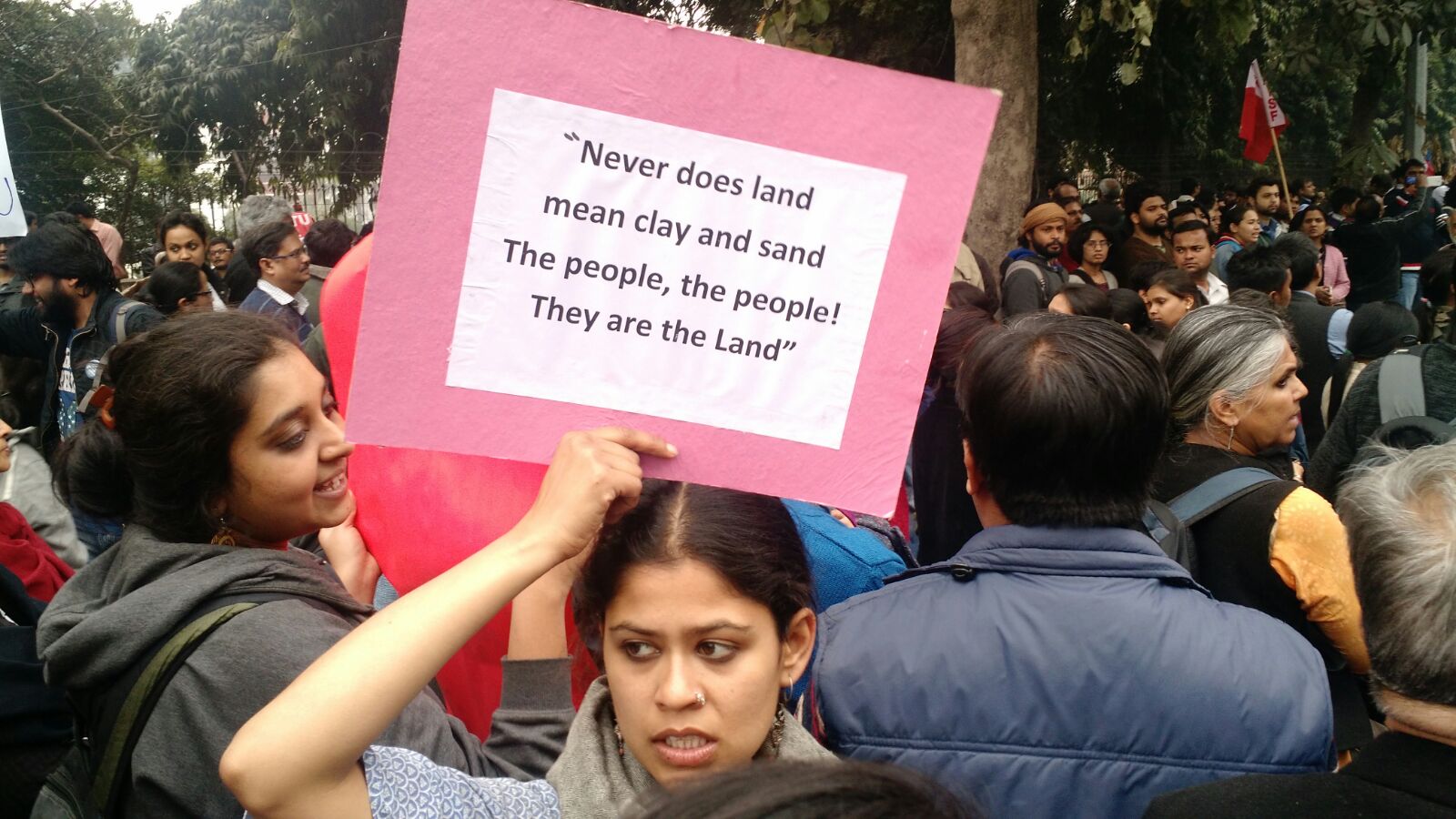 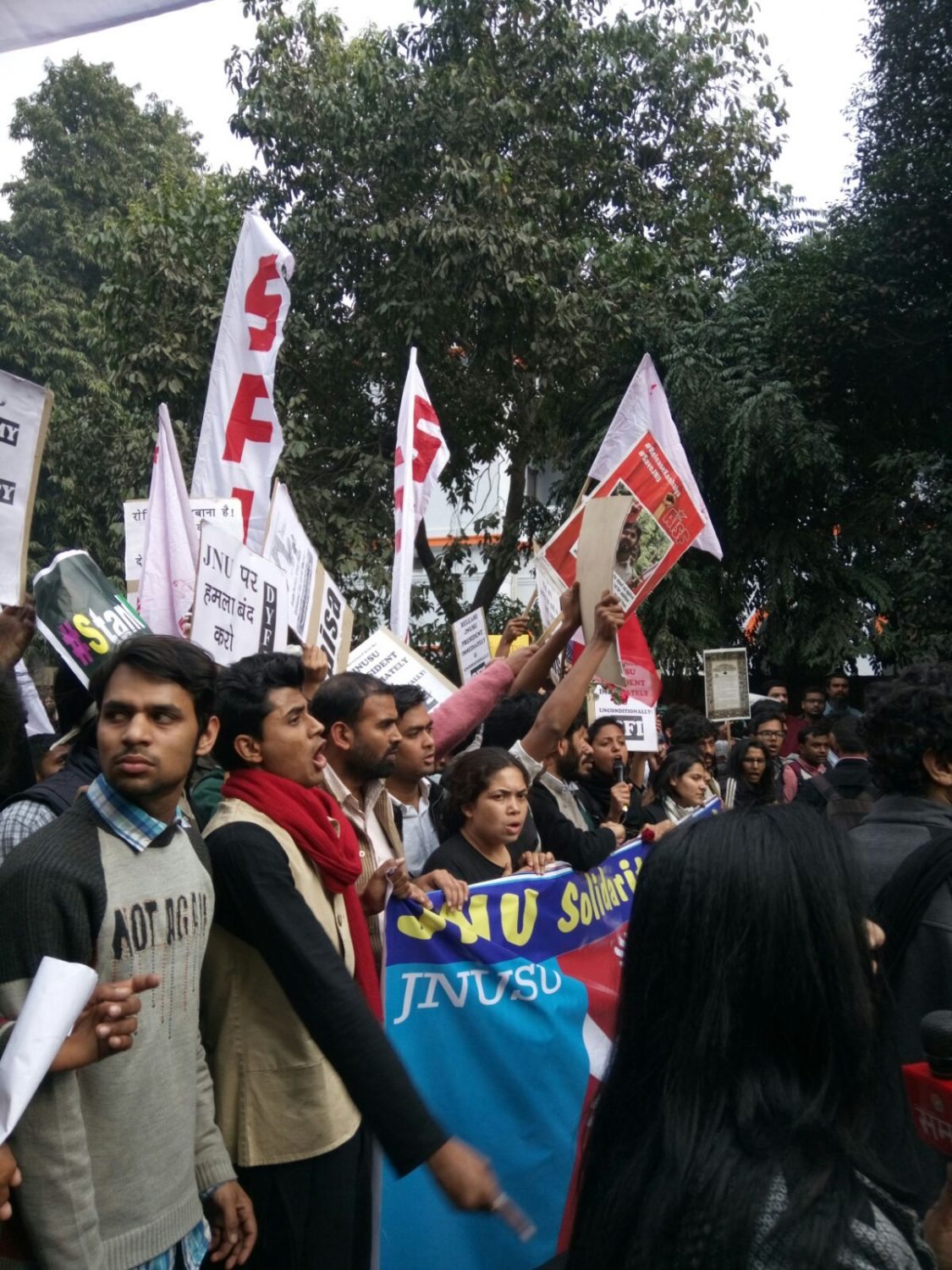 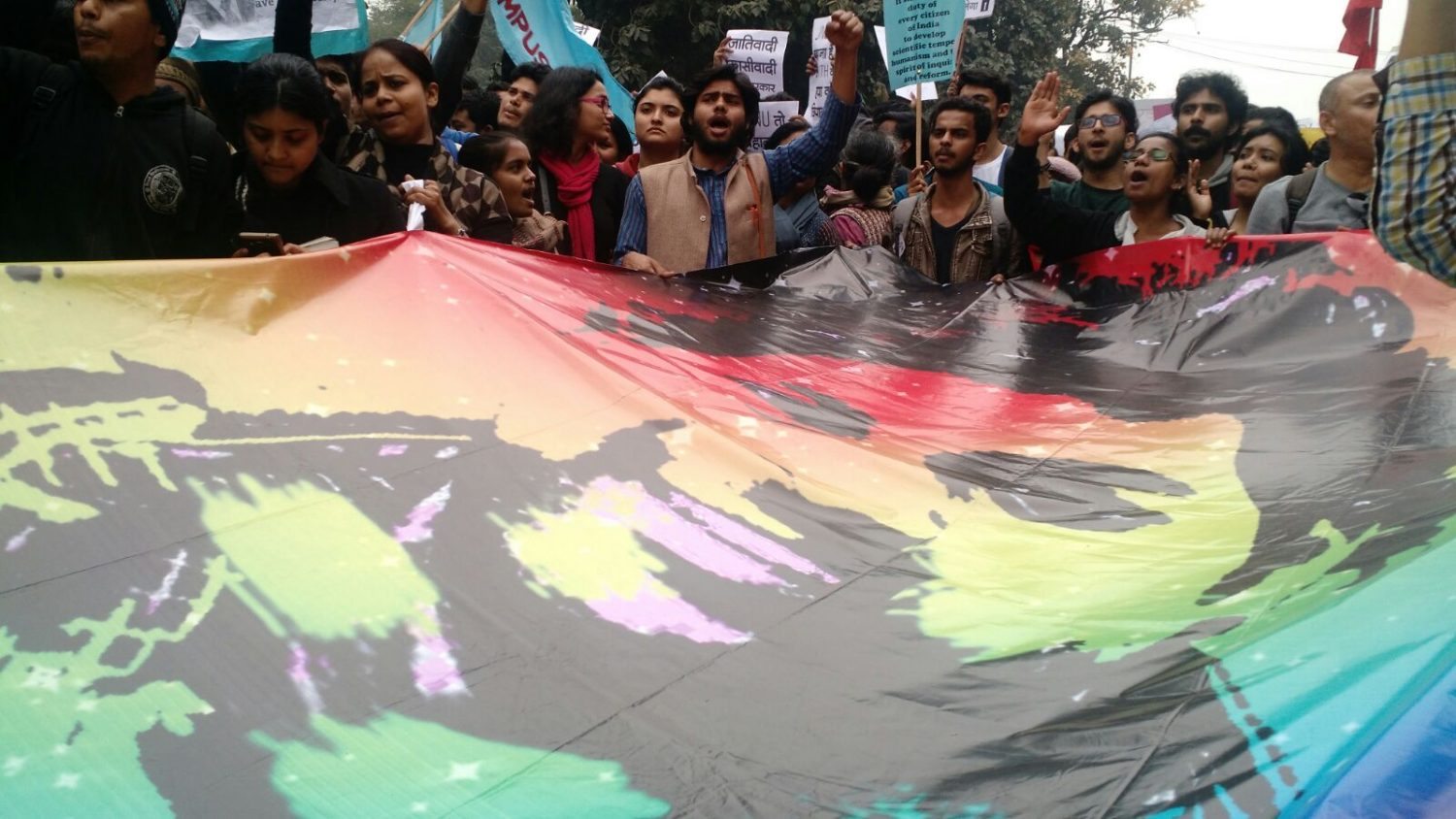 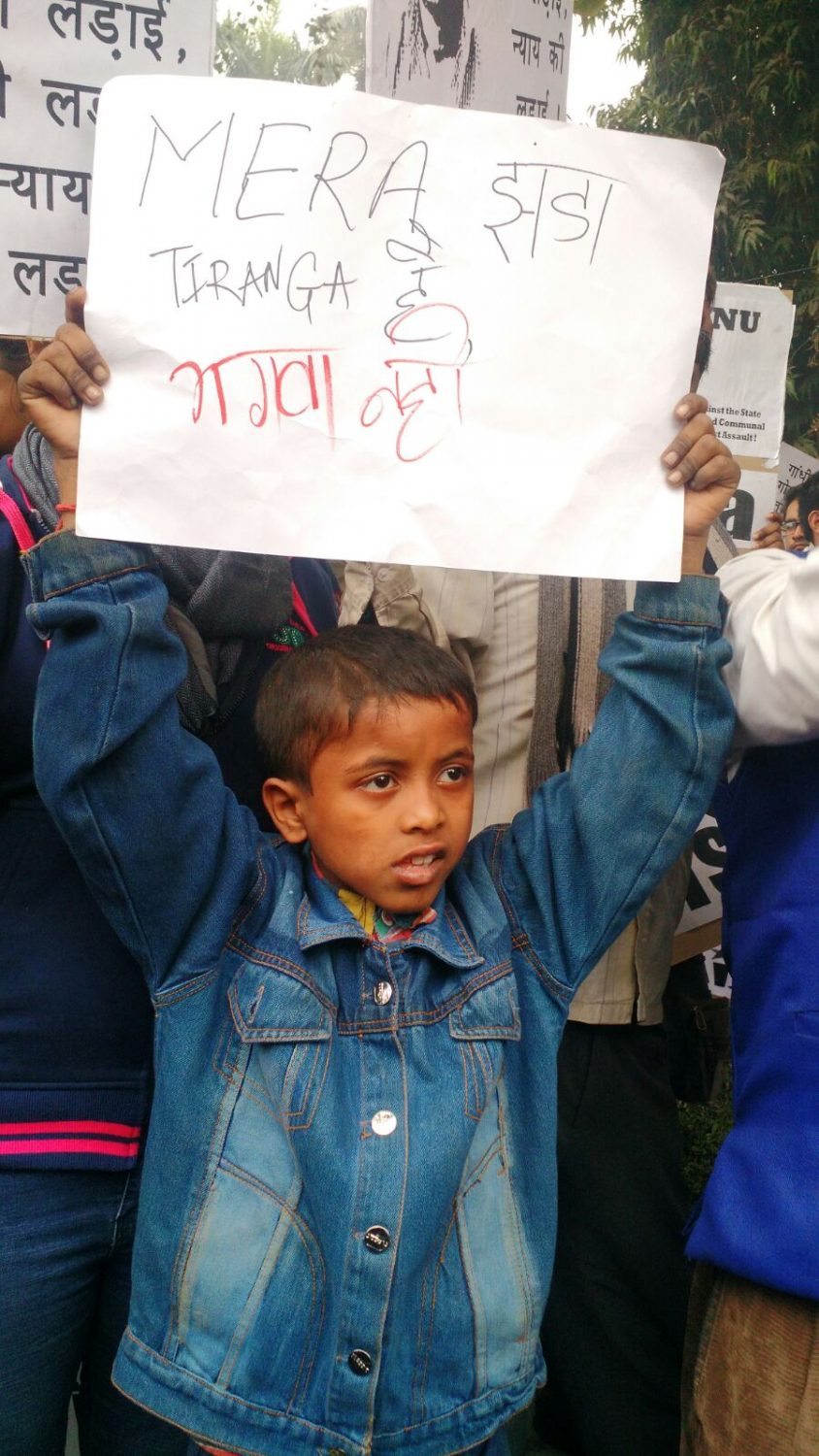 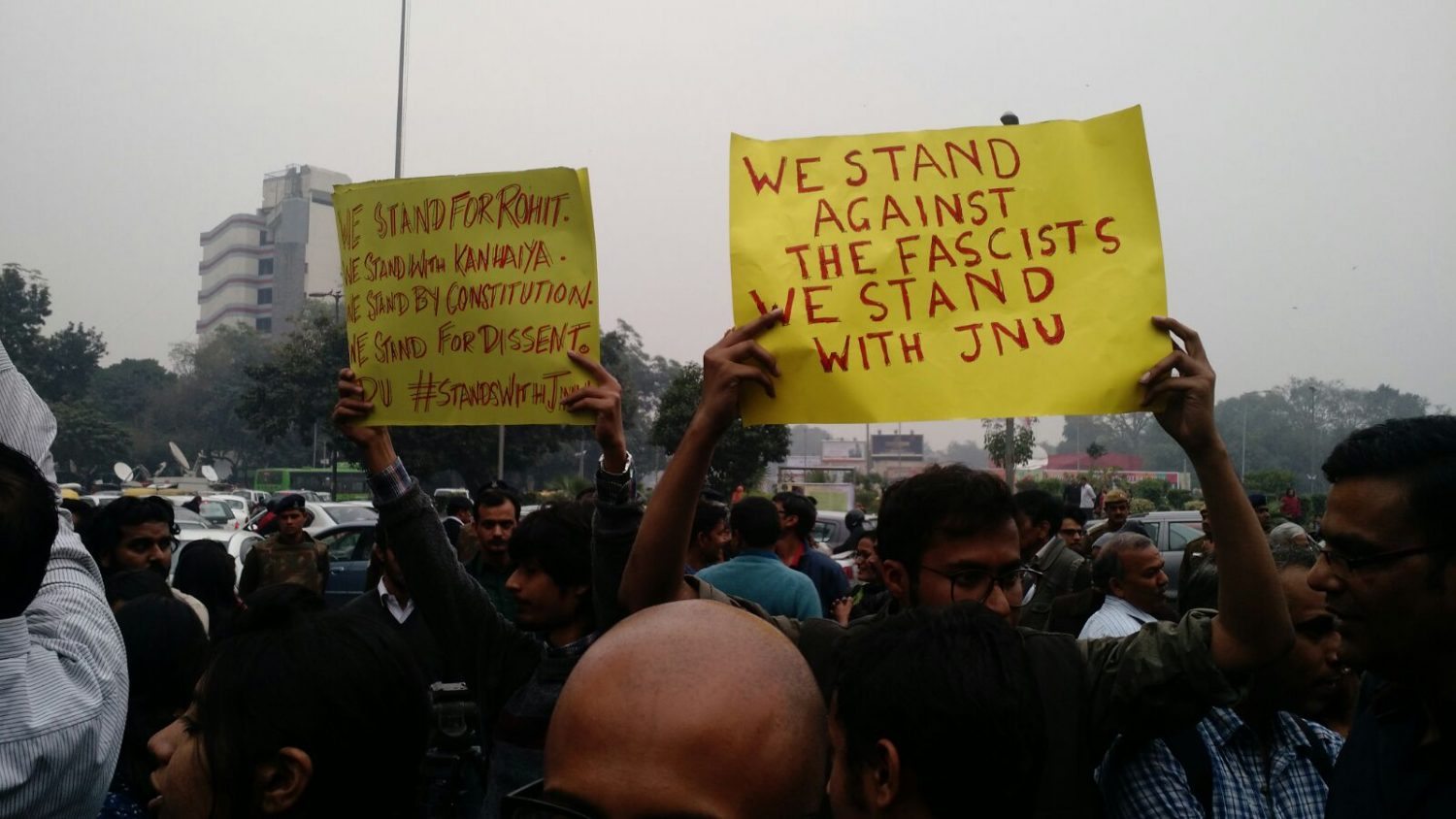 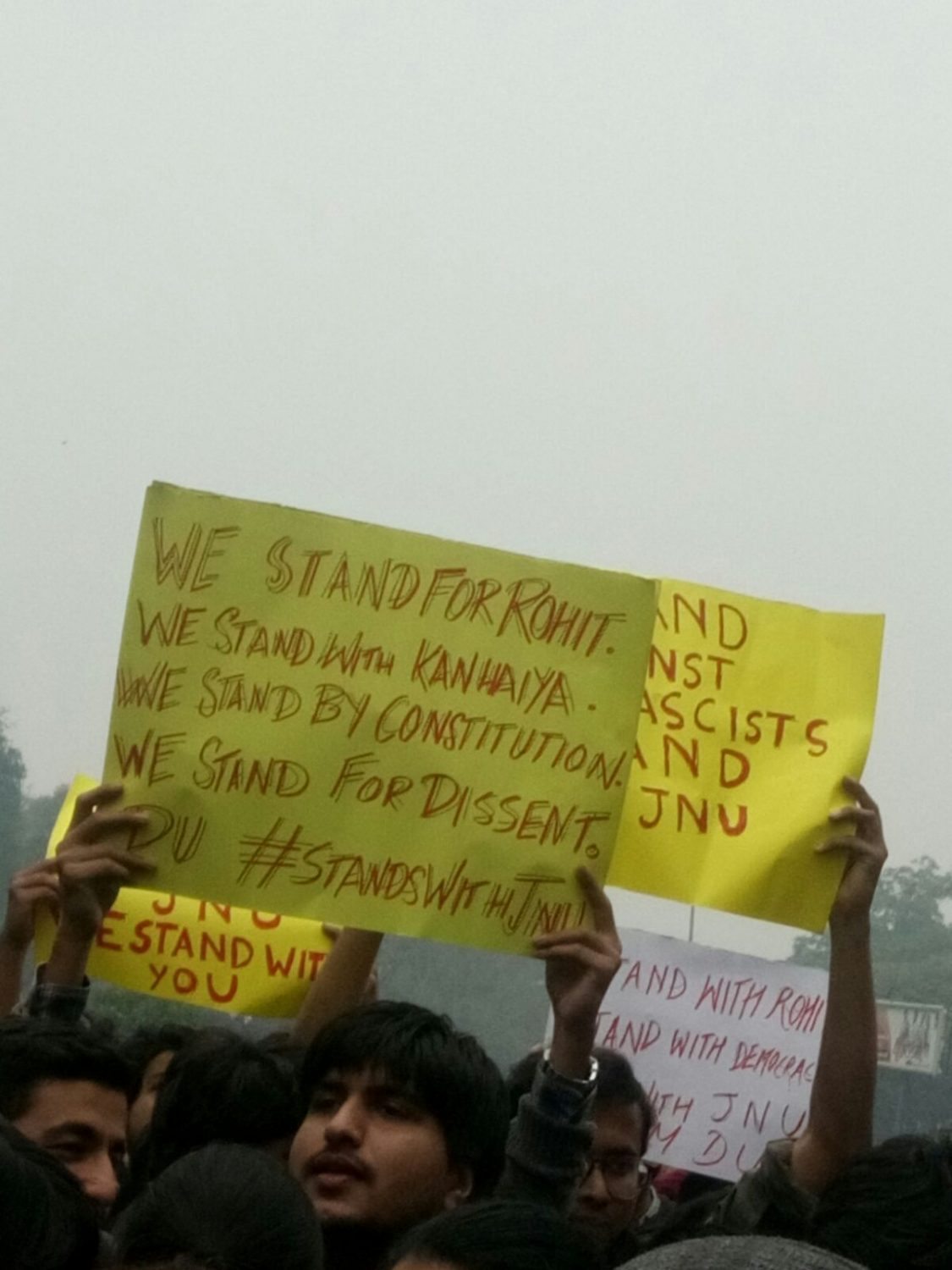 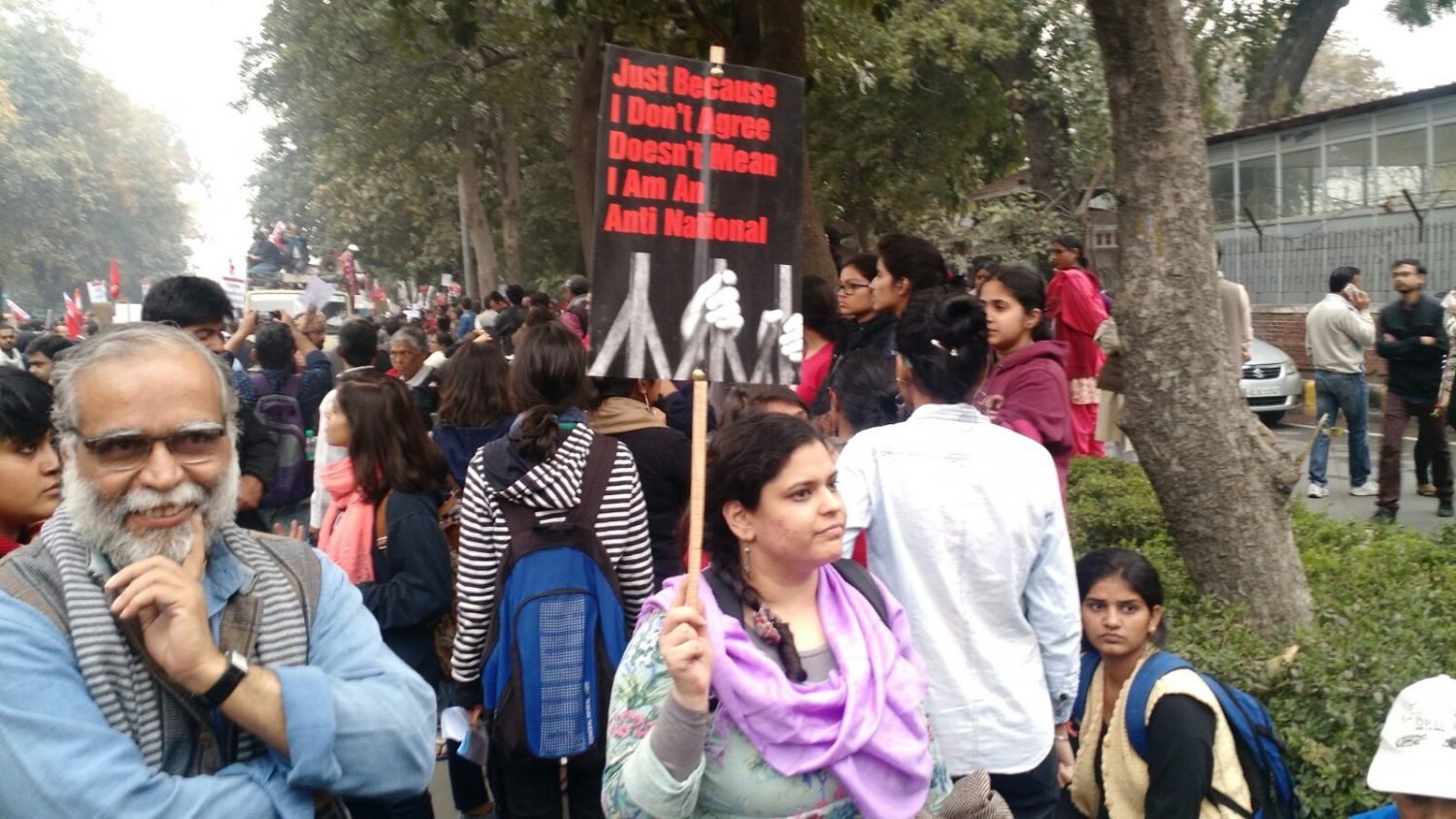 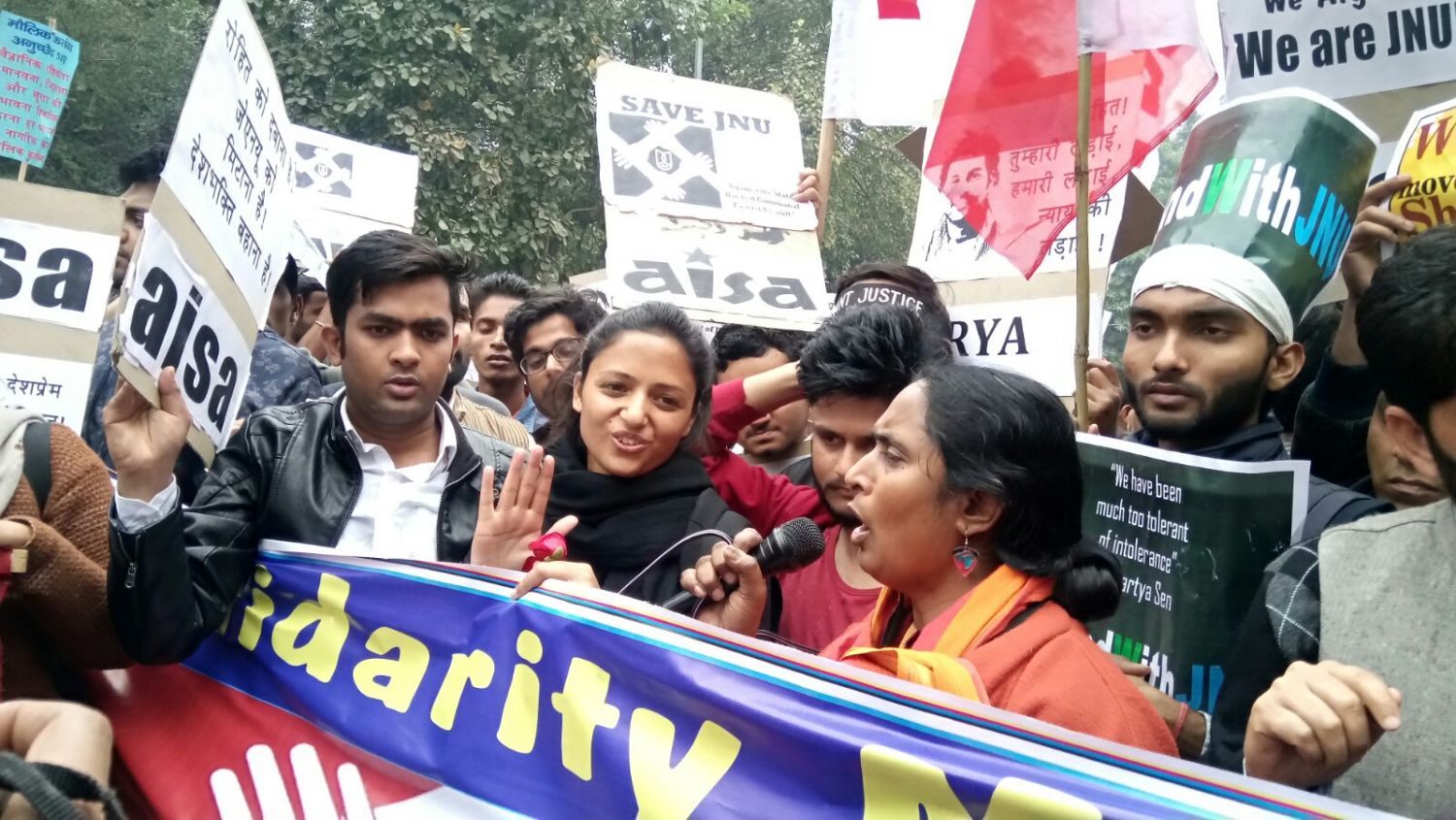 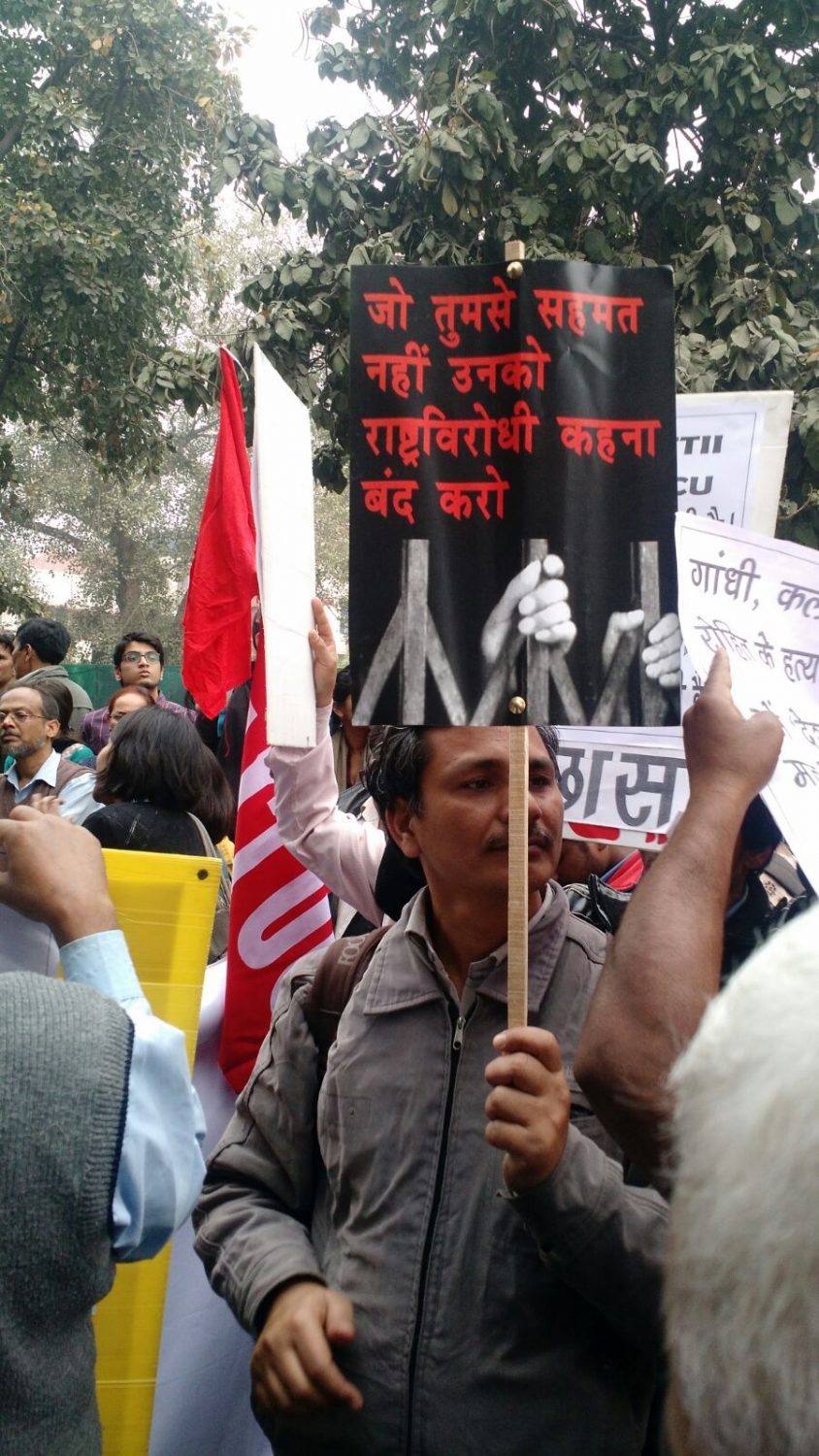 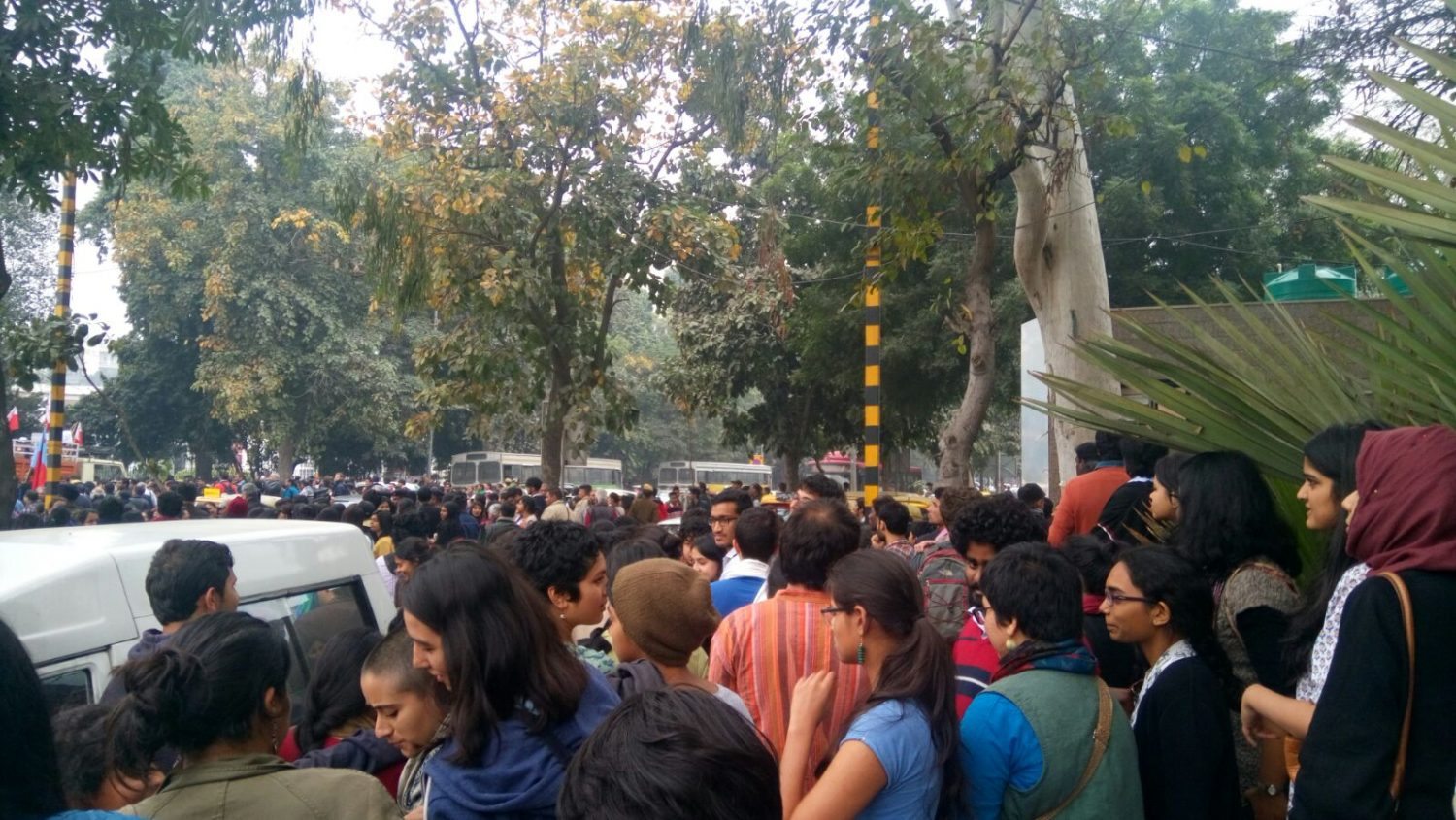