“Ek dhakka aur do Gandhi ke hatiyaron ko! (give another blow to the murderers of Gandhi)” versus “Desh ke gadaron ko goli maaro saalon ko (shoot the traitors to the nation)” are some of the slogans that I heard yesterday at the centre of the DU North Campus at 1 p.m. Delhi University students came out in support of Jawaharlal Nehru University and its students outside the Faculty of Arts and to voice their dissent over the arrest of the JNUSU President Kanhaiya Kumar.

Being a part of the 150 students that were present at the location protesting, I stood with JNU. The event was held with the motive of uniting students against what could be seen as the Central government’s attempt to stifle free speech. After the incidents that have taken place in FTII (Film and Television Institute Of India), Hyderabad University and JNU, students gathered to voice their opinion against the Modi government’s actions.

While this was going on, several ABVP members came to denounce the protest. They shouted slogans like “Afzal ke jo yaar hein, desh ke gadaar hein (those who are friends of Afzal guru are traitors),” “Naxaliyon campus chodo (Naxalites, leave the campus),” “Jis Yuva ka khoon na khole wo khoon nahin paani hai (if the blood of the youth doesn’t boil, it’s not blood, it’s water).” As the number of ABVP members increased, they started waving the national flag and shouted slogans of ‘Rashtra Maan’ (National Pride). While JNU students maintained their cool, the police took control which eventually led to the end of the protest. 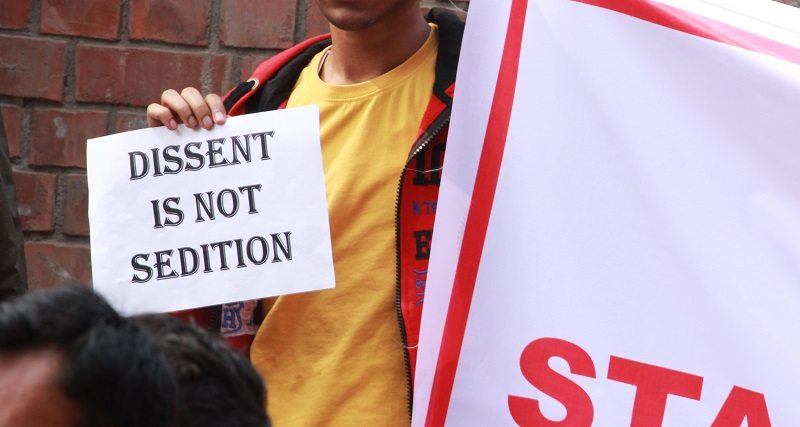 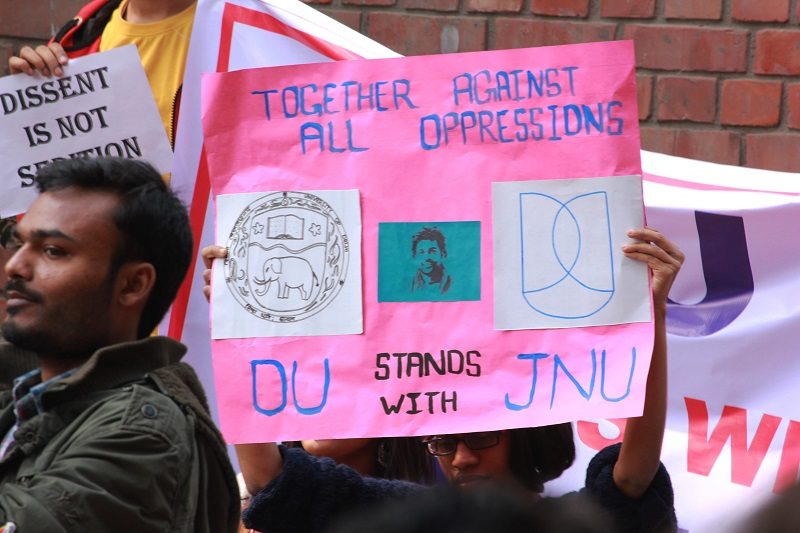 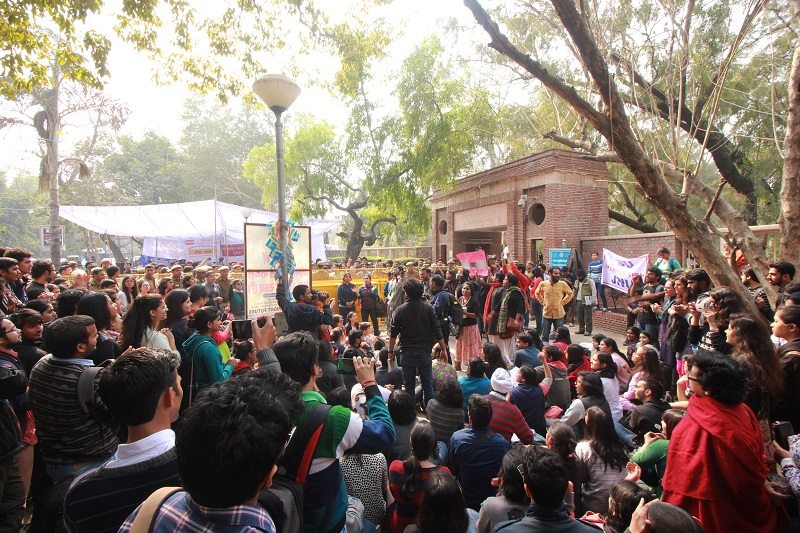 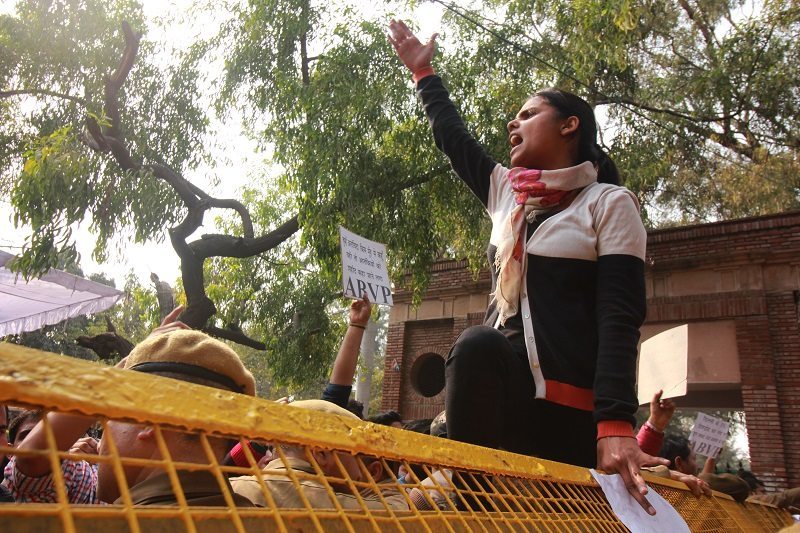 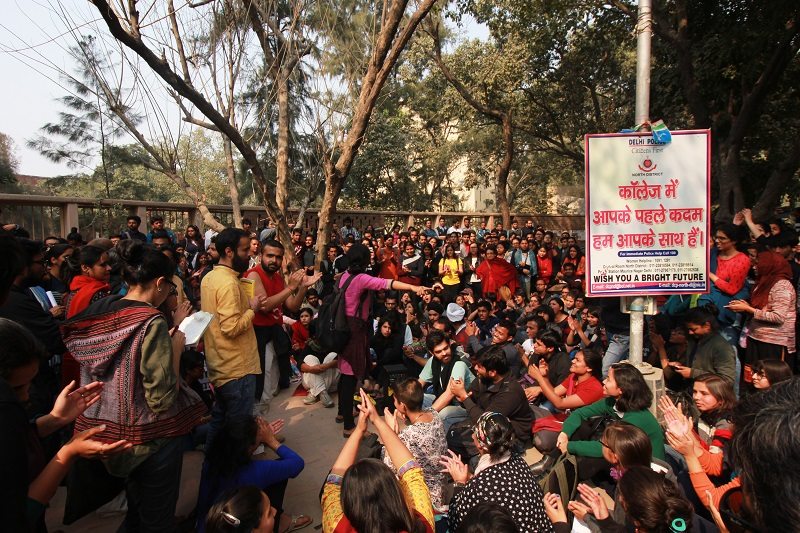 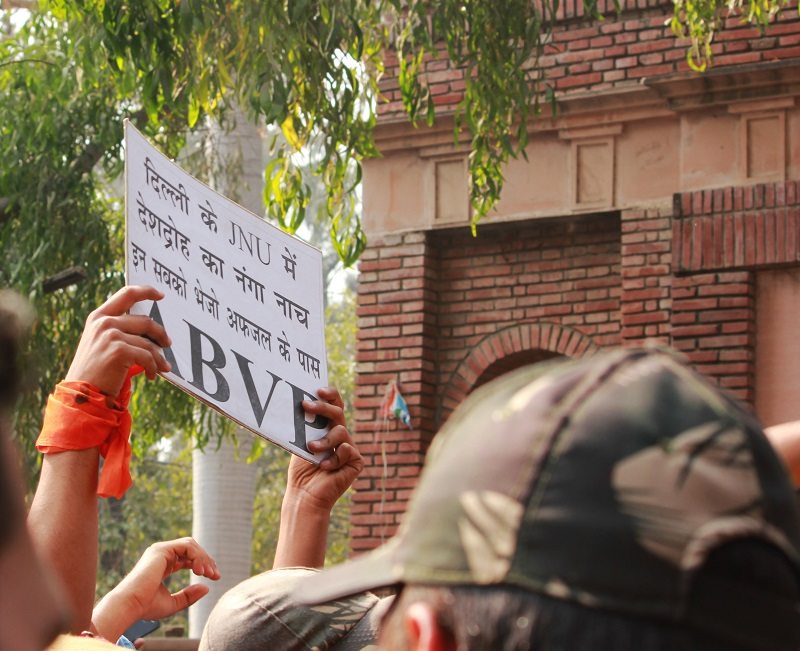 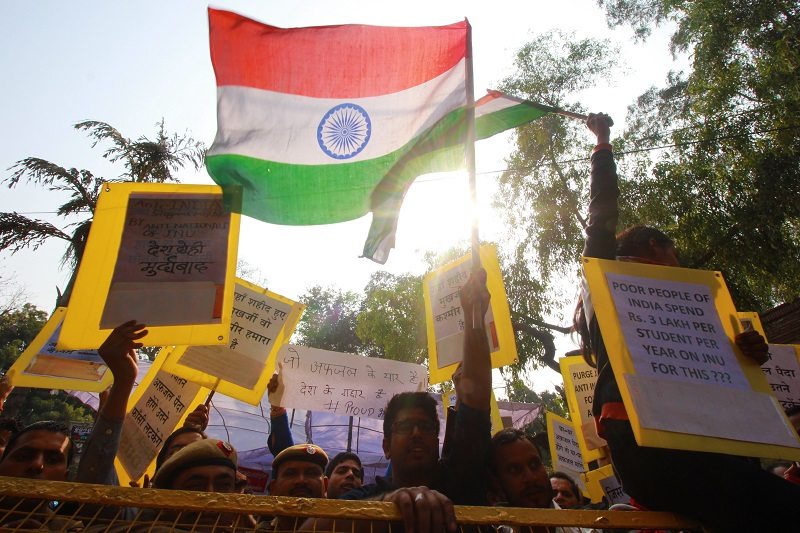 All photographs provided by Roshni Khatri.