On Monday, February 2, around 100 students from various universities in Delhi protested in front of Delhi Police HQ, after a call for protest was given by All India Students Association (AISA), against the brutal police assault on students protesting at RSS office in Jhandewala.

Delhi Police had come under severe criticism for brutally beating up the students who were marching towards RSS office on January 30, raising the issue of Rohith Vemula’s suicide. Also, two non-uniformed men were seen beating protesters along with the police personnel, and it is alleged that these people were members of RSS.

The protesters at Police HQ wanted to meet the Commissioner of Police to raise the issue of police brutality, but they were not allowed inside. Though a probe has been ordered by Delhi Police to enquire into the incident, it seems even before that Delhi Police has given a clean chit to police personals. Mr. Bassi, the Police Commissioner quoting Justice Oliver Wendell tweeted that ‘the right to swing my fist ends where the other man’s nose begins’, virtually indicating that the students are at blame. A second protest against the police brutality was organized by JNUSU outside the Police HQ at 2pm on February 2. 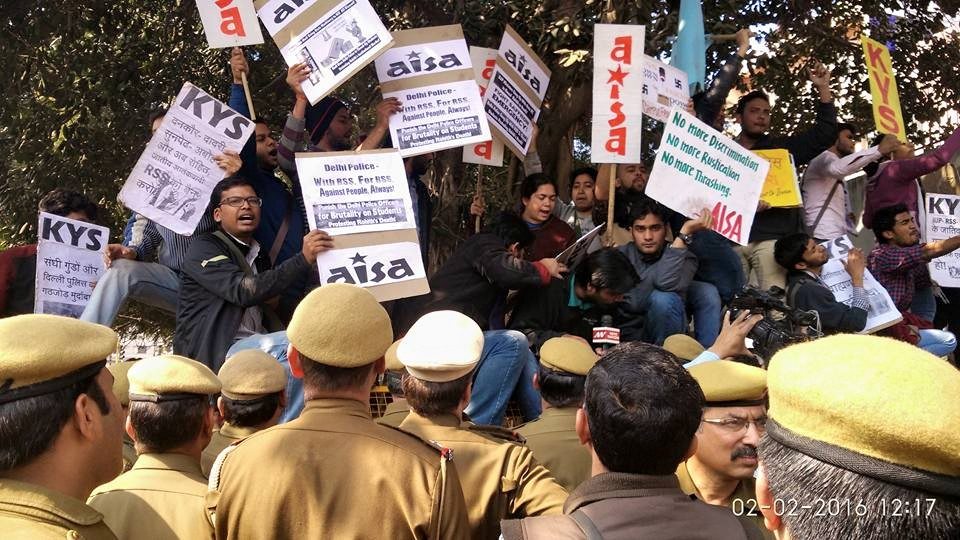 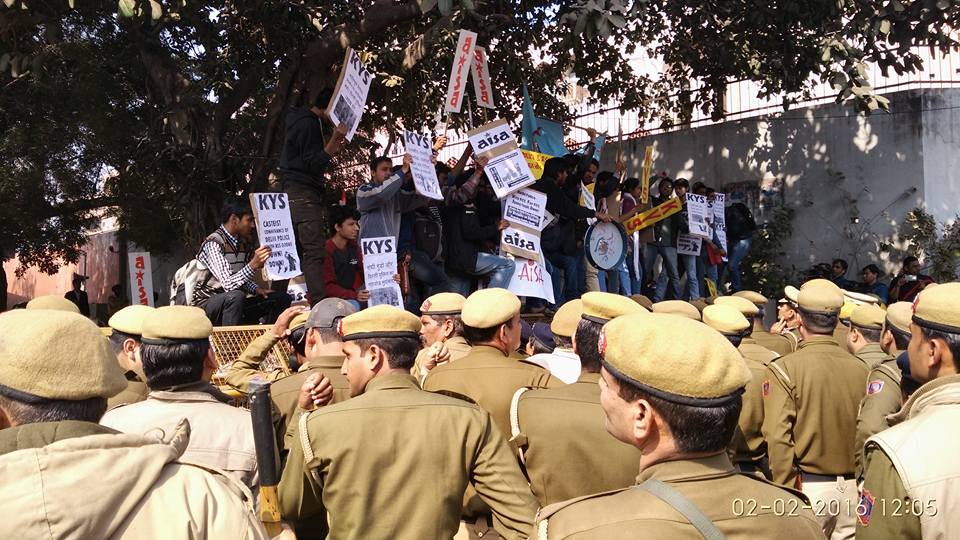 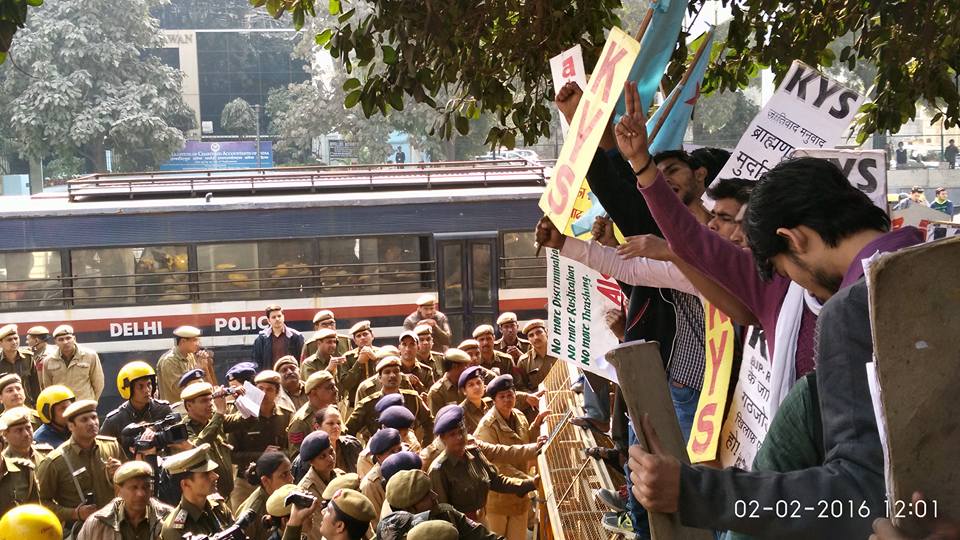 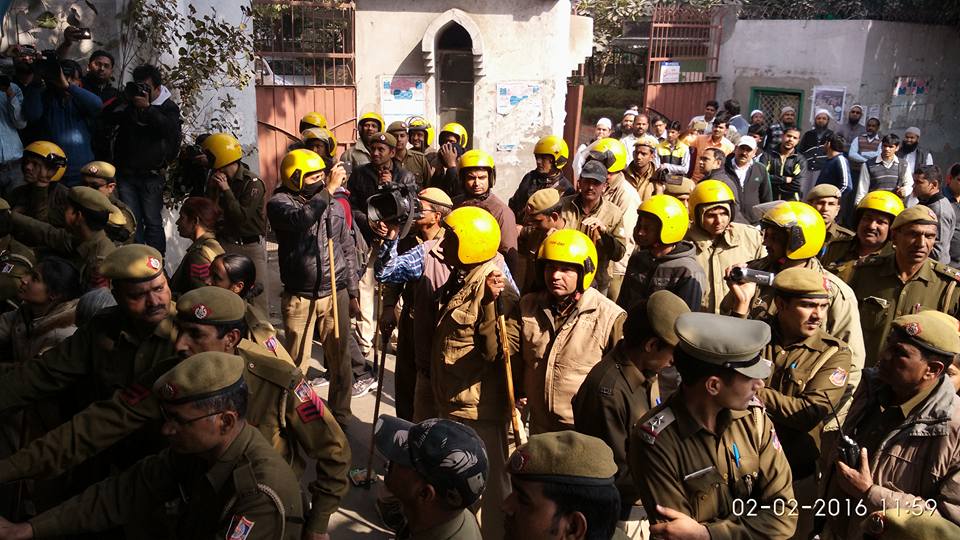 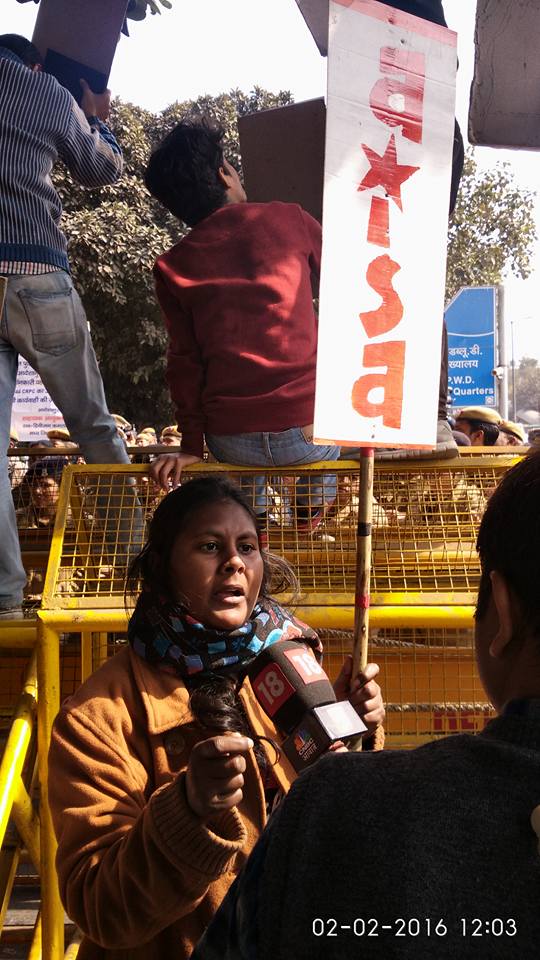 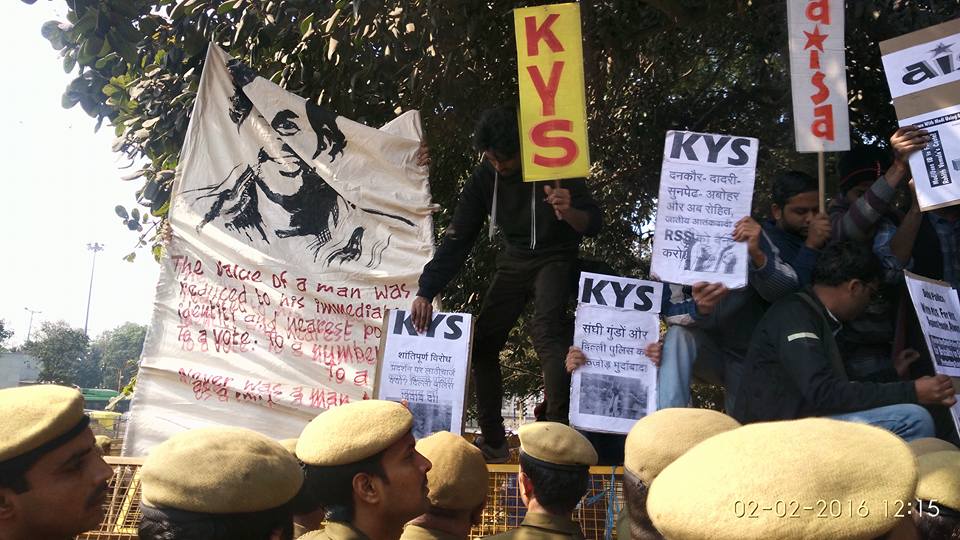 Why Homophobia At Law Schools Worries Me More Than Homophobia Elsewhere

“We Aren’t Different, We Are Proud”: The Power Of Queer Collectives On Campus

Is Home An Ideal Place To Learn? The ‘Problem Of Space’ We Forgot To Talk About